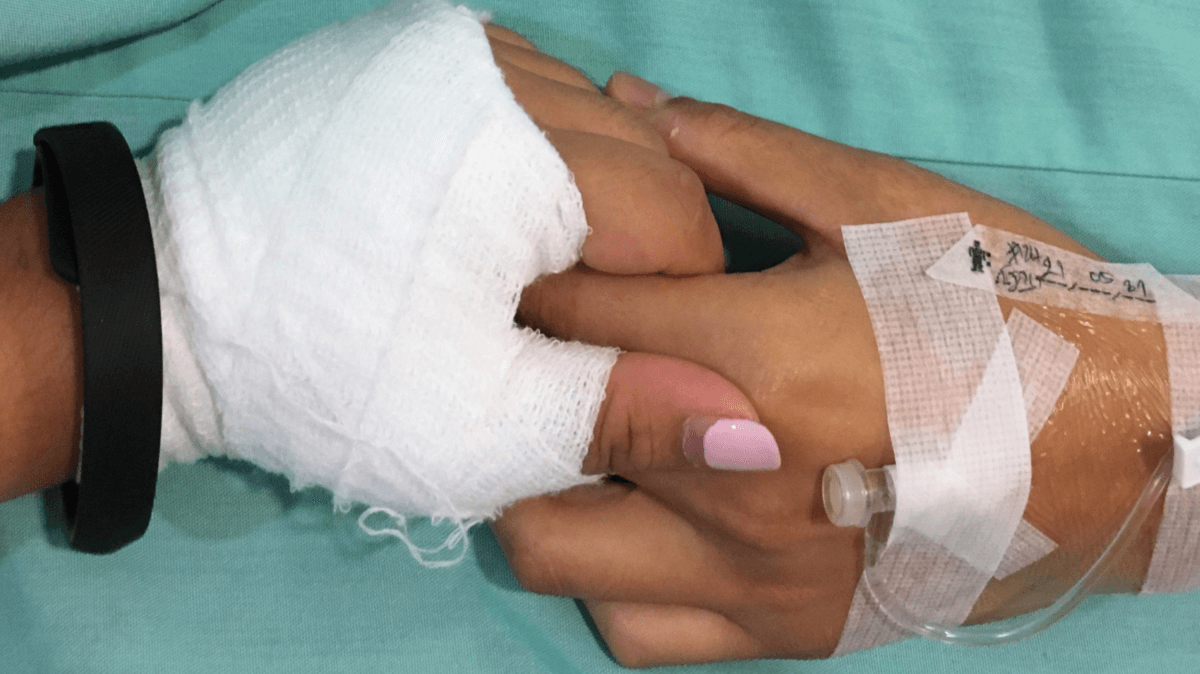 A Day in the Life of an ANU Medical Student

Recently I met up with Kitiphume (Kiti) Thammasiraphop – a final-year medical student at the ANU. In this interview, Kiti shares about his eye-opening 6-week medical training experience at a local public hospital in Thailand over the summer break, a day in the life of a final-year medical student, and the moral obligations of those in the medical practice. He also discusses the importance of empathy and communication with the patient and of the value of perseverance. On what his favourite areas of specialisation were, Kiti revealed that surgery and neurology were his top two areas of interest, and his least favourite – psychiatry, which focuses on the diagnosis, treatment and prevention of mental, emotional and behavioural disorders.

Noting how medical students in ANU have different schedules depending on what year they were in, Kiti explained how the programme fuses both theory and practice. At the initial stage, students attend classes and lectures on campus to acquire knowledge about the basic sciences underpinning the practices of medicine. Subsequently, they hone their craft by practicing at the hospital, with at least one day of dedicated teaching incorporated into their learning.

A typical day begins at 8am at the ward, usually with a ‘medical handover’. The term refers to a ubiquitous yet essential transfer of responsibility from a medical team or personnel to another. Usually critical information about the patient’s condition is communicated, providing for full accountability and ensuring the patient’s safety. On one of his rotations at the neurology ward, Kiti received a handover emergency phone call for a stroke patient (also known as a ‘stroke call’). He needed to rush down to assess the situation and perform computed tomography (CT) scans. The entire experience made him realise the time-sensitive nature of the medical profession. A normal school day for him ends at around 4 to 5pm. On some days, there are conferences or meetings.

ANU’s medical degree program requires its students to spend a minimum of 4-weeks of placement outside of Canberra. For his placement, Kiti chose to go overseas to Thailand’s King Chulalongkorn Memorial Hospital. The hospital is attached to Chulalongkorn University’s Faculty of Medicine. Thailand holds a special place in his heart, as it is his birthplace, and he speaks fluent Thai. For Kiti, the training also provided an opportunity to experience first-hand for himself what the medical culture in a country other than Australia was like.

Beyond building up his professional network, Kiti noted how the medical culture and the differences in working style presented him with a new set of experiences and challenges. He noted the importance of establishing rapport between the doctor and the patient at the first encounter, including making eye-contact with the patient and empathising with their needs to put them at ease. Observing how medical students in Thailand tended to be conservative and shy, Kiti pointed out that this culture created a cold and less than optimal atmosphere during consultation sessions between the doctor and patient. Kiti was in obstetrics and gynaecology (two weeks), and in general surgery (four weeks). These two placements were very practical for him, as he was able to perform procedures, which he relished doing with his hands.

On the need for work-life balance, Kiti mused on the importance of catching up on sleep. He also revealed that it was important to be able to identify your strengths, including how you learn best. As a visual person, Kiti stated that he learned best by getting first-hand experiences; shadowing doctors, observing junior doctors interacting with patients in the wards and asking them questions about why a particular treatment was being used. He appreciated the small cohort and close-knit community at the ANU medical school, which allows for greater personal attention conducive for learning and training. Whereas in Thailand, the greater doctor to medical student ratio and the crowded medical facilities made it less so.

Kiti expressed how he felt that Australians take for granted the healthcare system in their country. He pointed out how public hospitals were often so crowded in Thailand, and that there was always a long wait for medical attention.

One particular incident in Thailand stood out most for him, as it highlighted to him the moral obligations of his job. A consultant was discussing medical options with an elderly female patient diagnosed with breast cancer. In Thailand, they have what is known as financial rights or insurance. Kiti detailed how this patient was not able to afford the chemotherapy drug that would help her. In Australia, this would be covered by Medicare – a universal healthcare policy. Eventually, the lady had to use a different therapeutic option because there was no such healthcare policy that would cover the cost of the drug the doctor had originally prescribed her. In terms of similarities, Kiti explained that although the healthcare systems in Thailand and Australia were different, this is due to complexities in history, politics and bureaucratic systems. However, he noted that the technology used in the Thai hospitals was on par with those in Australian hospitals.

Since he was a child, Kiti has always been interested in the science and intricacies of the human body and enjoys helping others. Being able to pursue a medical degree was a dream come true for Kiti, as it enabled him to do both. He looks forward to being involved in the lives of patients – accompanying them at their lowest point in life and during recovery. Looking ahead, Kiti mentioned that he feels very connected to the Thai community in Australia. The experience in Thailand has widened his perspective, and he hopes to give back to society in future by rendering his medical services to fellow Thai Australians.