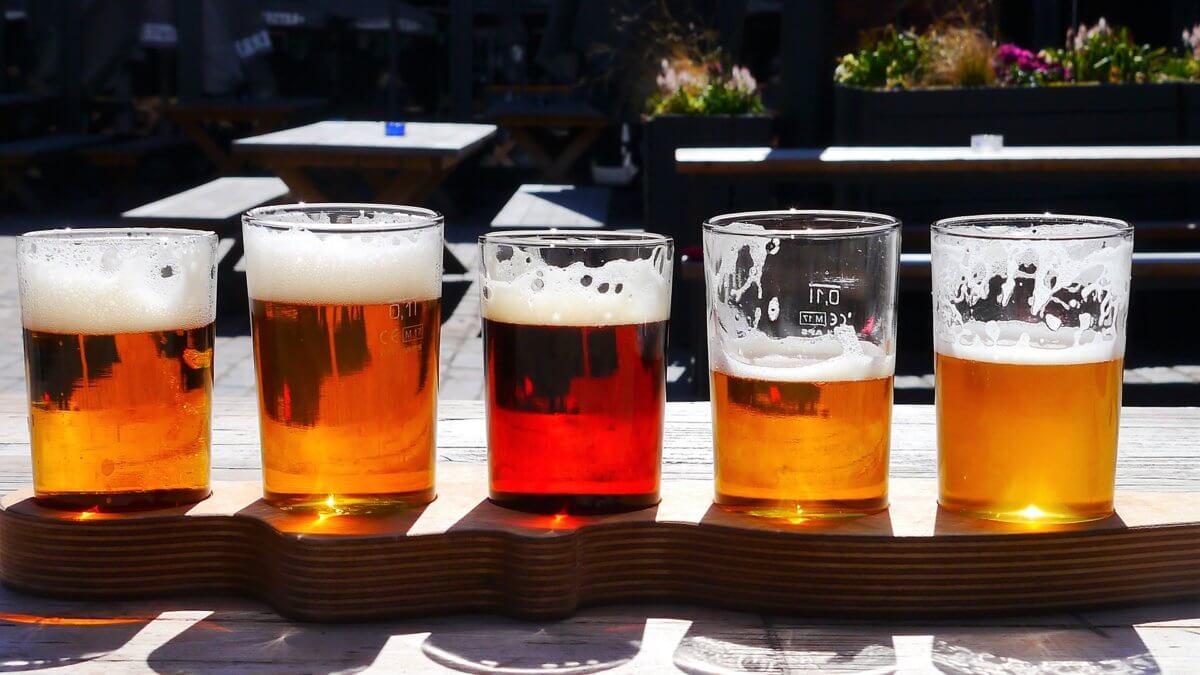 Swarms of Canberrans flocked to Batman Street in Ainslie for the 2019 iteration of the Canberra Craft Beer & Cider Festival. The festival hosted the cream of the crop of craft breweries from across Canberra and Australia.

The festival helped raise funds for the ACT’s Cancer Support’s Rise Above organisation. The body was founded in 1985 and provides financial assistance and support families dealing with cancer throughout Canberra and surrounding regions.

The festival included well-known interstate breweries such as Stone & Wood and Balter alongside local Canberran distributors such as Capital Brewing and Bentspoke.

At this point we find it appropriate to introduce ourselves so you can contextualise our subpar opinions. The first reviewer is Lachie Jones. Lachie is a self-regarded beer expert, who believes he has manicured a palate so developed that even the thought of Molo Lager makes him wince in pain. The other takesmith is Nick Richardson. Nick went to a public school in Melbourne’s Inner North, not a whole lot more needs to be said.

One take away we both had from the festival was just how comparatively good Canberra’s two largest craft breweries (Capital and Bentspoke) are in relation to their interstate rivals. We encountered many interstate visitors that couldn’t top raving about the quality of the beers. In fact one incredibly intoxicated South Australian pledged that “If I was given the option, I would propose to this beer” (referencing Bentspoke’s Red IPA, Red Nut).

We each tried a collection, almost all from different breweries, and broadened our palate by each trying a different beer from each brewery. As such, our rankings don’t contain overlap.

For us, the standout brewery for us was Six String Brewing Company. The Central Coast brewery presented a good range; we tried the Tropical, Double IPA and Red IPA.

This was my first beer of the afternoon and set the tone nicely. It was perhaps one of the hoppiest beers I’ve ever tried – unusual for a red but it worked. A really strong combination of nutty taste at the front, followed by a super-fruity aftertaste that lingered and you wanted it to. Beautiful.

You’re probably getting the idea that I’m biased towards red ales, and that’s true, but there’s no denying that this wasn’t the best of the afternoon. Prancing Pony have balanced their hops really well here – if you want to compare it to other reds it’s less hoppy than Six Strings, but more hoppy than the comparatively lifeless Bentspoke Red Nut (and I love a Red Nut). The India Red has a slightly tobacco-ey aftertaste, almost like a rooibos tea, which gave it a really strong bitterness and bite. This beer mellows out really fast; I’d term it “the relaxer” and there’s nothing better to finish off your beer tasting experience or your work or uni day.

I grew up around the Hawkesbury and to say I feel ashamed of my heritage would be an understatement. This beer was literally juice. I wouldn’t be surprised if this brewery simply mixed pineapple and a XXXX Gold in a 65:35 ratio and called it a day. Steer well clear.

The brewery 30 minutes outside Orange showcased a vast collection of impressive and diverse beers. The first thing that hits you is how fresh the XPA tastes. The homegrown malt and barley give the beer a unique and surprisingly fragrant taste. The beer was complimented by a moderately hoppy flavour that was present, but certainly not overpowering.

The Central Coast Brewery beer was as hop filled as you’d expect any IIPA to be. However, the present and powerful nut flavours gave the beer a warm balance that was beyond expectation. Most IIPAs can be too overpowering in hop flavour, but the Six Point brew was able to convey all the complexities of the beer without eviscerating your senses.

The South Australian single hop IPA blew me away. The freshness was perfectly complemented by the mosaic hop bitterness that permeated the long flavour of this brew. Although extremely hoppy, the soft nutty flavour supplemented the raw single hop characteristics that can often dominate a beer of this kind. An unbelievably tasty beer from a brewery that seems to be doing a lot right.

The Sydney breweries adaptation of a traditional Belgian Wheat beer missed the mark. As a fan of wheat beers, the Frenchie’s version tasted watery and devoid of flavour. The beer quickly evaporated from your palate and only left an unpleasant offensive bitterness behind. Although the French inspiration infused in the brewery offered a fascinating point of difference, the Laperouse left much to be desired.

A beer that promised so much, from a brewery that often presents the highest quality beers, the Hi-Vis fell way short of what was expected of it. The turmeric notes were confronting-ly strong and gave the beer a taste so earthy that it was borderline undrinkable. Although in the name, the fruity and vibrant flavours that often compliment Mango were missing from this beer. Fruit is often the defining characteristic of a NEIPA, but in this variation, fruit was nowhere to be found. Canberra’s Capital Brewing regularly hits the mark, but this beer left a lot to be desired.

A beer you say? This abomination of a liquid tasted like off syrup. The rose flavour seemed so artificial that it was beyond undrinkable. The weirdly pink colour accompanied a flavour that was so sweet it made you want to run to the bathroom. It’s an interesting idea that appeared to go so horribly wrong – it left a taste so vile I was quickly grasping for water. A shamefully poor beer from a brewery that seemed infinitely interesting.

Canberra is a great place for both the experienced craft beer drinker and the novice trying to venture beyond a watery yellow liquid titled Corona. Bentspoke’s Brewpub in Braddon is a fantastic place for drinkers of all experiences. The cosy and lively bar/brewery has an impressive selection of on-site brewed beers ranging from simple Pale Ales perfect for beginners to big hoppy IPA’s and fruity Sours for the more adventurous drinker.

Just around the corner from Bentspoke on Lonsdale st is Blackhearts & Sparrows. The craft bottle shop has an extensive selection of beers from all around Australia and the world.

“Our commitment to fairness means the next generation not having to pick up the tab for the last. This requires budget discipline and this much, at least, we owe our children.”