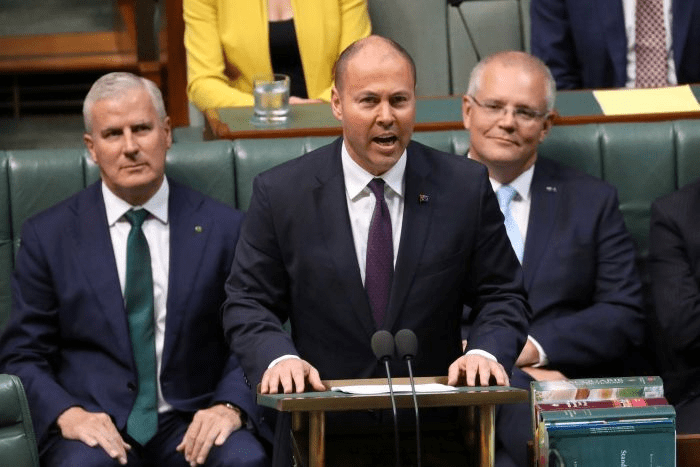 The Coalition Government’s Budget has been released tonight, with Treasurer Josh Frydenberg presenting the Budget Speech to Federal Parliament. The speech focused on the return to surplus, which was framed as a gift to Australia’s younger generations. Education policy focused on vocational students and training in regional areas, with little regard for university students.

“Our commitment to fairness means the next generation not having to pick up the tab for the last. This requires budget discipline and this much, at least, we owe our children.”

Frydenberg said “I am pleased to announce a Budget surplus of $7.1 billion. A $55 billion turnaround from the deficit we inherited six years ago. We are reaching our goal of eliminating Commonwealth debt by 2030.”

The focus on younger generations saw some new policy regarding education. This included a renewed focus on regional higher education, vocational training and indigenous research.

The real focus of education policy in the 2019 budget was vocational training for trades, particularly in regional areas.

The Government continued its focus on regional, rural and remote education, which last year saw $42 million spent on sub-bachelor and bachelor places in regional areas. This year the Financial Review is reporting a commitment of $93.7 million over four years for scholarships to attend regional universities or vocational education.

Over 1,000 students will benefit from a scholarship program for regional education.

Specific to universities, the Government’s Budget documents said “the government is committed to a world-class higher education system and is investing a record $17.7 billion to the university sector in 2019. This is projected to grow to more than $20 billion by 2024.”

From the budget papers, higher education is due to receive $17.7 billion this financial year. #Budget19

This spending followed the Federal ‘funding freeze’ of the 2018 budget, which froze funding for universities at previous levels. This had an alleged $25 million impact on federal funding to the ANU in 2018.

The real focus of education policy in the 2019 budget was vocational training for trades, particularly in regional areas. This spending follows years of lobbying against cuts to funding of TAFEs and other vocational institutions.

The government has unveiled a $525 million package, which aims to stimulate the embattled vocational education and training sector, consequently leading to a significant increase to the number of apprenticeships offered. The government hopes this will help resolve the requisite skills shortages recently seen in the market.

Last year saw $1 million funding for the Vocational Education and Training (VET) Student Loans Ombudsman, after scandals in the vocational education industry appeared to impact credibility of VET programs. Stories emerged of students being duped into joining VET programs without knowledge of the extent of the loans associated.

This budget was a historic moment that could have been better. #TheAFRView #ausbiz #Budget2019 https://t.co/TkfA2vJ279

In the wake of calls for climate change action, including Canberra’s Student Climate Strike on March 15, the government will commit $2 billion to the Climate Solutions Fund to help meet pledges made to the Paris Climate Agreement. This forms part of the Climate Solutions Package, which totals $3.5 billion.

You can follow the budget response and analysis with #Budget2019.