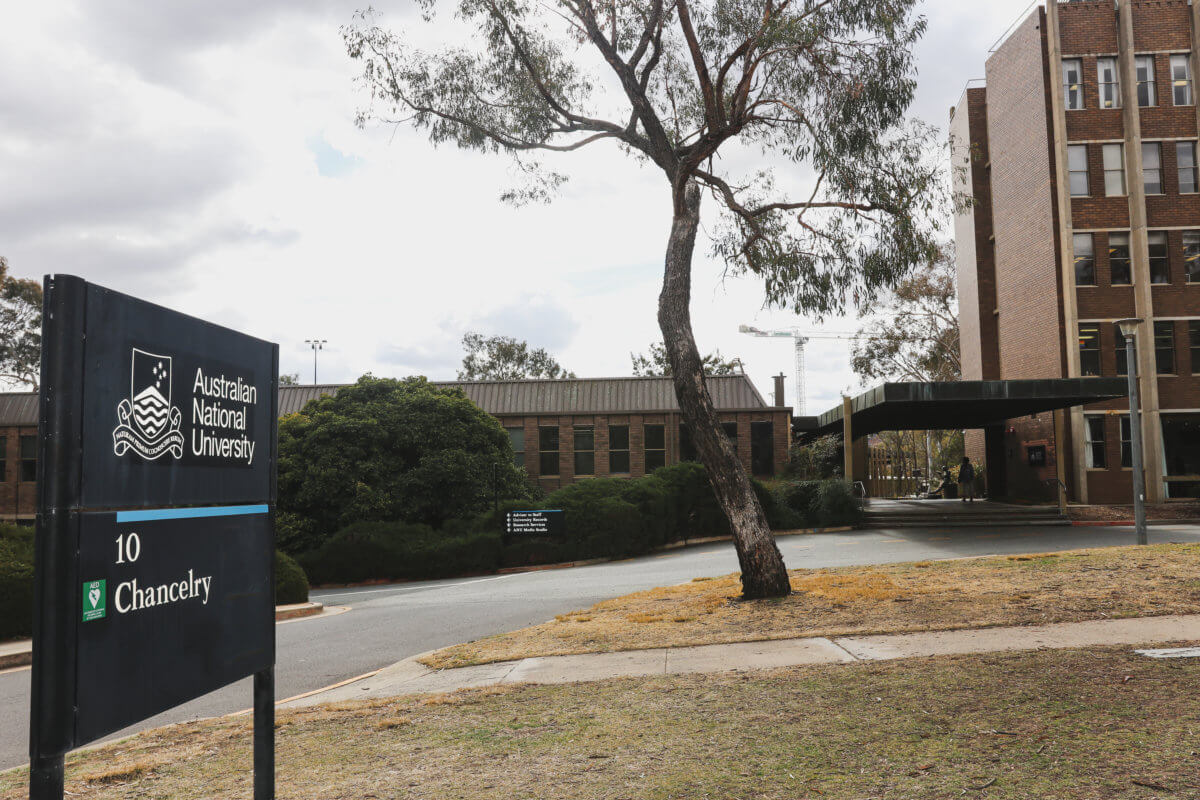 Woroni sat down with Professor Marnie Hughes-Warrington, ANU Deputy Vice-Chancellor (Academic), to learn about the latest updates on the Kambri project.

The two wooden buildings, the Cultural Centre and the Learning and Teaching Building, will be the largest of their kind in Canberra. Described as having “warm bones and rough exteriors”, the buildings will have fixed stone exteriors in an effort to ensure they are weatherproof. The wooden frames were specifically chosen for their positive benefits, including better wireless connections than in steel-built buildings.

The Cultural Centre will feature a 500-seat lecture theatre, named the Manning Clark Theatre. These seats will have the ability to pull away, allowing for an open space that can fit 1000 people. The Centre will also be home to a number of the Indigenous artwork donated by ANU Alumnus Craig Edwards earlier this semester.

A ground map is currently being designed to explain the Indigenous significance of the area, which will also be featured in the Cultural Centre. A native bush garden will be planted outside Fenner Hall, and the four pillars of the bridge leading into Kambri will each include further information regarding the traditional owners of the land.

The ground floor of the Learning and Teaching Building will be a Student Commons, while the top floor will be used for large-scale classes or events. Aiming for a more open learning environment, the classrooms will have glass walls that can be moved so as to accommodate for different class sizes.

Colleges will have to apply for the use of the Learning and Teaching Building facilities, making a case for how they will utilise the area to properly engage students and provide an interactive learning experience.

Regarding the retailers that will operate in Kambri, Hughes-Warrington told Woroni that 42 of the 45 available businesses have been filled, and will be announced later this semester. One such confirmed business is Harry Hartog, which was announced earlier this month. Harry Hartog will replace Co-op as the only bookshop on campus. The bookshop will sell new and second-hand books as well as textbooks, some of which have already been ordered in preparation for the store’s opening next year.

The other retailers operating in Kambri will include a supermarket, one fine-dining restaurant, and two licensed venues – a bar and a wine bar. Hughes-Warrington confirmed that there will be meals within the $4–10 range available to students in Kambri, and that affordability was one of the chief considerations in choosing Kambri’s retailers.

The leasing committee responsible for choosing Kambri’s retailers has been operating for the past year and a half, and includes student representatives from ANUSA and PARSA.

The weather and environment has also been a major consideration in the design of Kambri, particularly in regard to Sullivans Creek. In mind of the flooding of Kambri’s construction site earlier this year, Woroni asked whether any changes had been made to prevent such events in the future. The examples given by Hughes-Warrington include a weir, adjustments made to the creek’s banks, and the addition of rushes and plants. These changes will also help keep the water clean.

The Kambri site itself will also feature increased greenery, as there will be triple the amount of trees than what was featured in old Union Court. These will be a mix of Indigenous and European trees, and will provide much-needed shade in the summer.

Marnie Hughes-Warrington will be discussing the Kambri project with students on 10 October in the Brain Kenyon Student Space.

The Environmental Collective convened a forum today, 24 April, to discuss the draft booking fees policy, which were revealed by Woroni earlier this month.