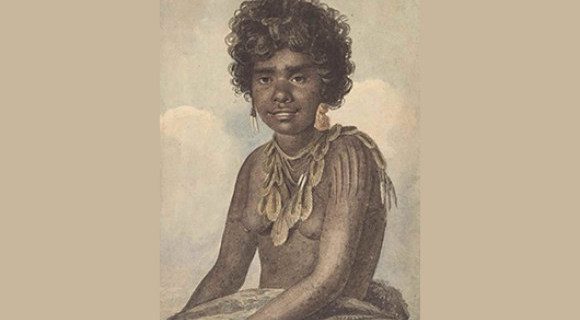 ANU academic and lecturer Dr John Giacon recently received the Patji-Dawes award for his teaching of and contribution to revitalising the Indigenous Australian language Gamilaraay.

The Patji-Dawes award was established from the belief that achieving proficiency in multiple languages is one of the most important learning experiences, that this is a rarity in Australian society, and that there was not enough public recognition of those who excel beyond national mediocrity.

Gamilaraay is the traditional language spoken over a large area of north central NSW and Queensland and is closely related to Yuwaalaraay.

When Dr Gaicon began working to revitalise the language in 1994, the oldest speaker struggled to recall lengthy sentences and their work began by focusing on single words.

Today, a quick search on Google allows anyone access to a Gamilaraay learner’s guide, grammar guide, dictionary, picture dictionary and song books. There are also comprehensive resource books for teachers.

These resources are essential in enabling teachers around the country to pass on Gamilaraay to the next generation of students – both Indigenous and non-Indigenous.

Students at the ANU who are enrolled in AUST1001 – Learning an Indigenous Language – also learn Gamilaraay, and have been contributing to the online stockpile of resources. The final assessment in the course, worth 10 per cent, is to develop a resource that future students can use.

Director of the ARC Centre of Excellence for the Dynamics of Language at ANU, Professor Nick Evans, has said that working with Gamilaraay people has been one of the most rewarding experiences of Gaicon’s career.

‘He gradually came to realise how much growing back the language is part of healing the terrible wounds of the past.

‘Whenever possible he has tried to do this by employing old recordings to let the voices of elders now departed be heard in the classroom’, Evans said.

The Gamilaraay language has been taught at ANU since 2013 and is currently offered every semester.

No Small Change: A Discussion of Indigenous Affairs