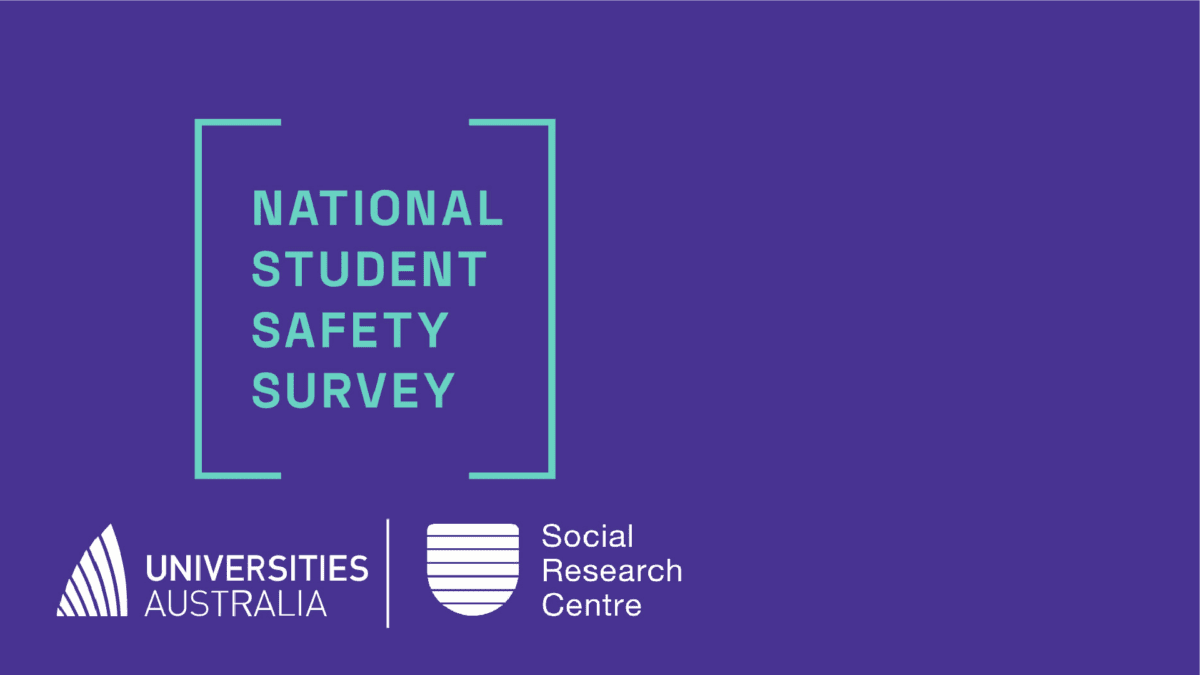 Run by independent body Social Research Centre (SRC), the NSSS is a follow up to a 2017 survey, which ranked the ANU as worst in Australia for instances of sexual harassment and second-worst  for incidents of sexual assault.

The NSSS identified as examples of incidents of sexual harassment and sexual assault in the University context. This includes catcalling, receiving sexualised comments or sexist commentary, being inappropriately touched, groped, ‘up-skirted,’ stalked, kissed without permission, and being sexually assaulted.

Moreover, as the ongoing COVID-19 pandemic necessitated many Universities to rearrange to remote, online learning, the NSSS noted an increase in sexual harassment online.

The Report’s Findings of Prevalence at the ANU

ANU’s Response to the Report

On Wednesday 23rd March in an email, circulated to all ANU students and staff, Vice-Chancellor Brian Schmidt stated the ANU “is stepping up, not sweeping this challenge aside,” and these results are the reasoning behind the ANU Student Safety and Wellbeing Plan announcement.

According to his email, the University will further embed a zero-tolerance approach in ANU culture with a commitment to invest at least $3.3 million every year. An ANU spokesperson clarified that this money would be spent on “an additional 14 specialist staff working in student residences,” as well as “three case managers in the last six months” with the intention to “double that initially.”

The University added that they “consulted students for 12 months on the Student Safety and Wellbeing Plan” and is “committed to consulting with its entire community, including student leaders, advocates and survivors, to finalise what each major initiative will look like” to commence “as soon as possible.”

Student Response to the Report

Schmidt’s email and announcement of the ANU Safety and Wellbeing Survey has  received backlash from student advocates. The ANU Women’s Officer, Avan Daruwalla, stated that the survey reveals that “ students at ANU face a much higher risk of sexual assault and harassment than at almost any other university” and condemned it as “an appalling and unacceptable failure by Australia’s national university.”

Daruwalla continued, “Every incident of sexual assault and harassment documented represents the trauma and unsafety of a student survivor.” She concluded, “the institutional betrayal at ANU is underscored by the fact that student advocates have been campaigning for specific, actionable and immediate actions to redress a dangerous and unresponsive culture – to no avail for the past five years.”

ANUSA President Christian Flynn commented, “ANU not only failed to consult ANUSA on this proposed student safety and wellbeing plan but also failed to notify student representatives of its release or even of its existence prior to release.” Flynn also expressed concern that “ANU’s plan made no substantive reference to the NSSS, has no actionable timeline, and failed to meaningfully address students’ major concerns as communicated by myself and others.”

In response to the release of the survey and safety plan, ANUSA, the Women’s Department, PARSA and the IHC are launching a campaign entitled, “Too Little, Too Late.”

The National Union of Students have similarly criticised university responses to the epidemic of sexual violence, arguing that there has been a “complete lack of accountability from universities in response to the Change the Course recommendations.” Further, the NUS were informed there will be no recommendations in this report as “UA believes universities already have the attitude of zero-tolerance.”

NUS President Georgie Beatty highlighted that “there is a massive difference between what universities say they are doing and what students experience on the ground.” Beatty added that “we have seen time and time again the repercussions this lack of action has had for survivors and their confidence to even be on campus.” The NUS places blame on “TEQSA, our quality services monitoring body, who are responsible for keeping universities to account for this.”

Female students (10.5%), transgender students (14.7%), and non-binary students (22.4%) were more likely to have experienced sexual harassment in the past 12 months when compared with male students (3.9%).

Sexually diverse students including pansexual (21.5%), bisexual (17.7%), and gay or lesbian students (12.3%) were more likely to have experienced sexual harassment in the past 12 months than heterosexual students (6.4%).

Furthermore, students with a disability (13.7%) were more likely to have these experiences than other students (7.0%).

The most common locations students reported experiencing their sexual harassment in Australian universities were on campus, such as general campus areas (43.3%), university lecture theatres or computer labs (17.5%), university libraries (15.6%), clubs and societies events or spaces (13.9%) and student accommodation or residences (10.6%).

Of those students who did make a formal complaint to their University, mixed experiences in terms of the information provided to them and their overall satisfaction with the process were noted. Students were less satisfied with the university’s reporting or complaint processes relating to sexual assault when compared to sexual harassment.

One in two (47.5%) who had experienced sexual assault in a university context and formally reported it said their university had explained the reporting or complaints process to them, while fewer than one in three (29.7%) were satisfied with the process.

The results of the NSSS survey only continue to emphasise the continued prevalence of sexual assault and harassment at universities across the country, ANU included.

If this content has triggered any concern, distress or impacted on your wellbeing, ANU provides a number of services to support student health and wellbeing including:

There are also a number of services in the community that can be accessed after hours including: