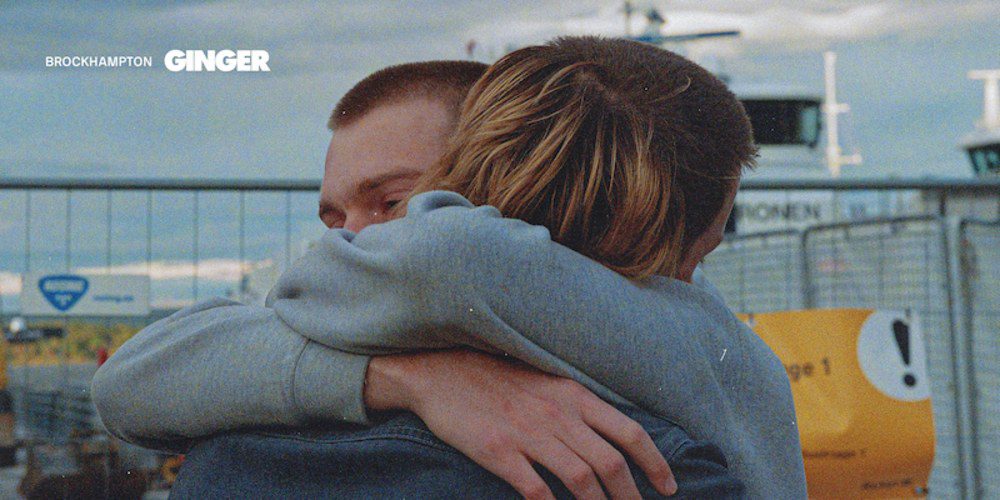 I’ve probably listened to Brockhampton’s latest offering, Ginger, at least 20 times in full. I loved it nearly immediately, but I didn’t fully get it at first. The album is good for many situations. They include sitting in the bath eating M&Ms after a bad date (trust me on that), the morning commute and a quiet Sunday afternoon making soup. But I was stumped when it came to writing this review. It’s a full, beautiful, eclectic album. So I went back and listened to their previous albums, and I concluded that grown-ups wrote this album.

First, a little backstory. In 2010, Kevin Abstract posted on a Kanye West forum, which led to the creation of the band AliveSinceForever. They eventually disbanded to make way for Brockhampton. The group began releasing singles in 2015 and quickly gained a cult following. They released the mixtape All-American Trash in 2016, followed by the Saturation trilogy of albums across 2017.

Fast forward to 2019, and a lot has changed for this bunch of misfits. On the cusp of mainstream success in the immediate aftermath of the Saturation trilogy, Brockhampton lost Ameer Vann, one of their most versatile members. Multiple women accused Vann of sexual misconduct and he left the band in May 2018. The band took some time, but maybe not enough, before releasing Iridescence in September 2018.

Like Tyler, the Creator’s hip-hop collective Odd Future, Brockhampton tried to give members equal opportunities to shine. The three Saturation albums showcased a group on the cusp of adulthood baring their souls through their music. The group had moved into a huge shared house in San Marcos, Texas, and were churning out good music. They saturated the market with eclectic beats, energetic performances and highly self-aware lyrics. They rapped about depression, sexuality and masculinity. They were also young and silly, with enormous amounts of talent and blue face paint.

The Saturation trilogy was about representation. Brockhampton was accepting of everyone, whether gay, straight, black or white. Saturation was also about being young. In their live performances, the group are incredibly dedicated to the songs and to each other.

Iridescence is a beautiful, angry album that is largely forgotten in the Brockhampton narrative. Perhaps because it was the first without Vann, it feels cut adrift. It has the same energy as the Saturation albums, especially on tracks such as ‘New Orleans’ and ‘J’ouvert’ . However, the fandom perhaps wasn’t ready for its softer vibe.

Ginger achieves what Iridescence couldn’t. It grapples with how the boy band has changed since their early days of living together, although blue paint still abounds. Abstract, as leader of the band, was the focal point of Brockhampton songs. He’d often sing the choruses or the hooks, and he directed the videos. He brought everyone together in live performances. His role in Ginger is more nuanced, as if he’s making way for his protégés who are now stars in their own right. He still has some great verses, especially in St. Percy and ‘Dearly Departed’, but Brockhampton is now more than just Kevin Abstract and his friends. In their Friday Therapy performance of the full album, Abstract is obviously proud of his band members. In his lyrics, however, there is clear angst about the band’s future.

Perhaps what makes Ginger so special is that it is more open to the boys’ different talents. Take Bearface (real name Ciáran McDonald), Brockhampton’s enigmatic Northern Irish member. He only appears briefly on the Saturation trilogy, closing the albums with soulful, guitar-heavy tracks such as ‘Waste’, ‘Summer’, ‘Team’. In Ginger, Bearface features heavily as both a vocalist and a rapper, and adds a whole new dimension to ‘Sugar’ and ‘Big Boy’.

Dom McLennon, always a champion lyricist, is arguably the best performer on the album, consistently versatile and technically brilliant. He bares his soul rapping about depression, self-harm and Vann’s departure. Matt Champion is also lyrically brilliant, ruminating on success, loss and the future. The direction of both Joba and Merlyn Wood is less obvious. Both deliver standout performances, in an obvious departure from the frenzied, often screamed, verses they had on previous albums.

Perhaps this change reflects the overall maturity of the album. The album has a more edited feel than their previous offerings. The beats are still unique, including the striking horns of ‘If You Pray Right’, but they are stripped back. The rapping is honed, tighter. The group are still silly and energetic, but they’re adults now. This is not, as Abstract claimed, a summer album. It’s sad, and quite grim in some places. They adults, they’re depressed and they lost a friend. They deliver these emotions with a beautiful, newfound maturity.

I particularly like the way the album tackles masculinity. Their earlier music attempted to challenge the constricting nature of masculinity, but this is something new. In McLennon’s verse on ‘Dearly Departed’ he addresses Vann directly. He raps, “pass the weight off to your friends and never face the truth / because you never learned how to be a man.” It’s more open and vitriolic than much of McLennon’s previous offerings. It suggests that the band recognises that to be a role-model and an adult is to never shy away from the truth. The album’s final song, ‘Victor Roberts’, is similarly mature. Here Roberts, an old friend of McLennon’s, raps his life story complete with encounters with police, drugs and anxiety. It foregrounds the emotional intelligence Brockhampton have found in the years between Saturation and Ginger. They’re big boys now and they have stories to tell. They’re hurting and they know how to turn that into beautiful songs.

I’d recommend this album whether you’re looking for fun, empathy or redemption. Brockhampton have achieved a level of maturity and technical brilliance that much of rap could learn from. Ginger is heartbreaking in places, but we all need a dose of reality sometimes. Listen to it all the way through. And then, listen again.