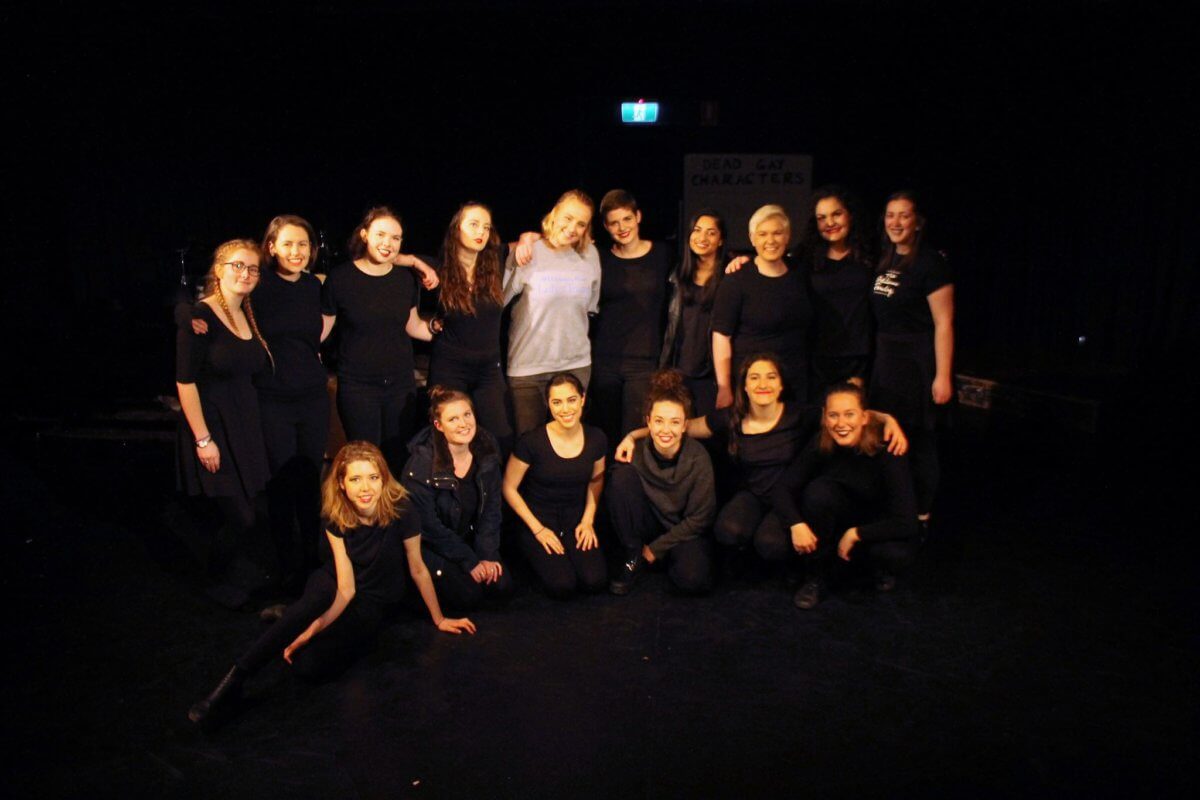 Women are funny, talented and incredible.

That was my overwhelming thought walking out of the inaugural ANU Women’s Revue ‘Lady and the Trump’, showing at Gorman House. An all-female-identifying production and new initiative of the of the ANU Women’s Department, this show takes on both the amazing and not-so-great aspects of being a woman in our world – flipping and exaggerating them in due course to show how funny the scenarios that women come across daily really can be.

This is a show that makes you forget about how the messed up ways women are
treated in our society sometimes, and instead throws you into a world where those messed up things still exist – but the show combats them with positive female friendship, fanfiction, and exuberant dance numbers.

From the opening number, ‘Circle of Strife’, the multi-talented cast kept up a joyful and incredible amount of energy through what must have been exhausting physical comedy over the three-hour show.

Directed by the talented Elizabeth Page and Laura Emerson, who contributed their individual acting skills to some of the funniest moments of the night, particular highlights included the takes on reality television phenomenon in ‘Political Bachelorette’ and ‘Friday Night Fights’. There were audible gasps of astonishment in the audience when Musical Director Ella McNiece broke into song in ‘The Daily Life of a Woman Online’. The recurring sketches such as the ever increasingly ridiculous micro-sketches ‘Kids These Days’ and ‘VC Update’ had the audience so hyped that they were laughing in anticipation before the characters had even said a word.

I was in awe following Zelie Appel and Kayla Ciceran’s dense monologues in ‘Minimalism’ and ‘How Can We Be Lovers’, respectively, with the audience being pulled more and more into the surreal world that the cast created in front of us.

The band, seated onstage throughout the show, was perhaps underutilised and could have added some momentum to some skits that dragged minutely. A standout moment highlighting the versatility of the musicians was the use of the cajón in the classic Wonderwall take, ‘Great Sexpectations’ – accompanying Jayne Hoschke and her, well, passionate backup dancers – and this versatility had a lot more potential to be used during other skits.

We, the audience, received constant reminders that there is a certain catharsis in the creation of skits based on familiar life experiences – emphasised through the pure energy and joy that flowed out of the cast members.

The downside of featuring a cast so incredibly hilarious is that at points they couldn’t help but laugh at themselves, but who can blame them?

I left with the renewed understanding that women are not flawless or perfect – they are unfiltered, allowed to be vulnerable, and have a complexity of wit in understanding themselves that makes shared experiences through comedy so heartwarmingly relatable. Women are great and immensely hilarious, and the women of the ANU Women’s Revue cast whole-heartedly left me with the reminder that having no shame in who you are is the best way to be.