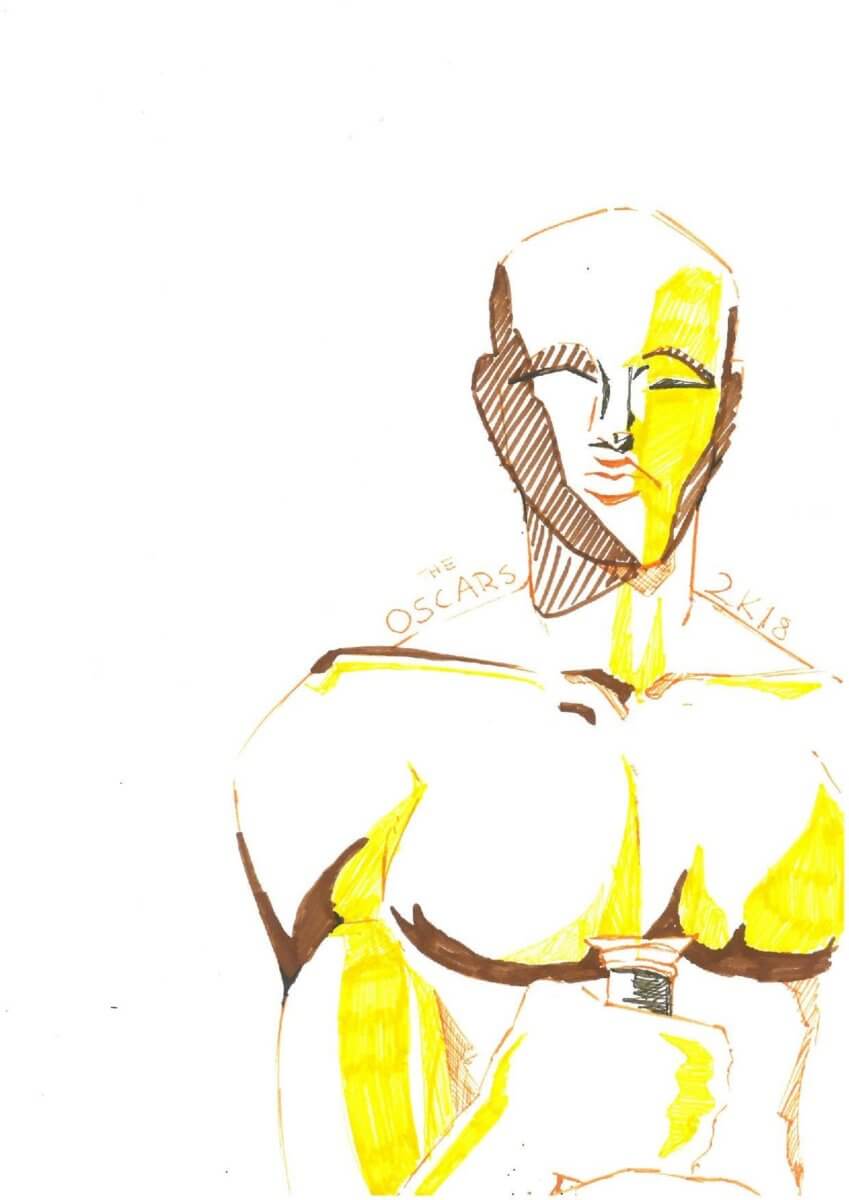 My interest in the Annual Academy Awards has only ever extended as far as the red carpet. I would sit glued to the screen, observing the entrancing procession of unrealistic splendour, as stars strutted along in custom-made designer garb, assuming myself to be the utmost authority on what was ‘hot’ or ‘not’ this season.

This time around my attitude was different. Following a year of protest and agitation against under-representation in filmmaking, and the emergence of horrific sexual harassment and assault allegations from within this seemingly ideal world, I had a renewed interest in the proceedings of the Oscars. There was an opportunity here: a platform where these issues could be addressed, movements supported, and engagement created by some of the most influential and recognisable faces in the world.

By no means am I saying that the Oscars, being the high profile event it is, hasn’t always had this ability to foster change. I merely suggest that this year, more than ever, it appeared that the Academy would actually seize the opportunity. There had been a perceptible increase of shared consensus on these issues. The iron felt hot for the striking; the price seemed right, to me it made complete sense that the Oscars would run with this momentum.

And so I settled in for the long haul, to watch the ceremony from start to finish, all the while hoping to witness something important.

Jimmy Kimmel’s opening monologue featured numerous quips about the Oscar statue being ‘the perfect man’. In the wake of ever-multiplying harassment allegations, it was beyond me how a laugh about an inanimate object’s lack of a penis, inability to talk, and the fact that his hands were always where you could see them was enough to highlight the toxic culture that pervades Hollywood. This was closely followed by a reference to The Shape of Water, as Kimmel sniggered that this year would be remembered ‘as the year men screwed up so badly, women started dating fish’.

In some ways, I understand what he was trying to do, but it was his manner that grated on me. As much as Kimmel had no other choice but to be entertaining, why is it that we have to gloss over important issues with humour and wit before we address them on a large platform? And while people can say that this issue received screen time, it lost the gravity that such a serious topic should draw. It had been just as dolled up as the rest of the audience sitting in the auditorium.

The rollercoaster of emotions continued as Kimmel, in a bout of self-awareness, appeared to redeem himself by stressing the importance that the winners should give speeches. He went so far as to state: ‘You have an opportunity and a platform to remind millions of people about important things like equal rights and equal treatment’. As you can imagine, I was stoked. This was precisely what I had hoped for, expected even!

My triumph was short-lived as Kimmel, full of fanfare, announced that the winner with the shortest speech would be going home with a brand new jet ski. His previous sincerity was abruptly tarnished. I felt deflated. While the Academy clearly wanted to display an open, supportive and generous front, the actual message came in loud and clear: ‘keep it short; we don’t have all day’.

Later, attempting to address issues of underrepresentation, a short video was previewed featuring a diverse set of actors offering common sense reasons for equal representation within Hollywood. Kumail Nanjiani added to the discussion that producers should aim for diversity, not merely because it is morally correct, but because it is financially beneficial. The whole experience was surreal.

At what point did we stop trying to convince people to do the right thing just because it was right? Why do we need to add the postscript that they should act because it would benefit them? I understand that the quickest way to get someone to change their behaviour is to convince them they would be acting in their self-interest. But how antisocial and selfish has the human race become that we are immune to the appeals of mass societal movements? And further, do we just write this all down as an ends to a means? Does it matter if the only way we achieve equal representation is through appealing to the gorged, money-hungry elite of the filmmaking world if we do indeed achieve said representation? My head was spinning.

As I woefully endured the remainder of the ceremony, one moment of clarity and true authenticity surfaced. As she accepted her Academy Award for Best Actress in a Leading Role, Frances McDormand, offered a sentiment that stood out among all the other appeals for recognition which had been tokenistic at best. She asked all female nominees to stand for applause, and called for ‘inclusion riders’. Succinctly addressing issues of gender and race McDormand was solemn in her delivery, finally delivering the dignity that was deserved. A singular moment. A shining star amongst a room full of stars.

Undeniably, there is change occurring in Hollywood. There have been voices, bone-shatteringly loud, unforgiving, brave, angry and unwavering, demanding change both in front of and behind the cameras.  And yet, as I sat watching the Academy Awards this year, well beyond the bounds of the red carpet, I was left wondering where this rage had gone, and why this program was so damn palatable.