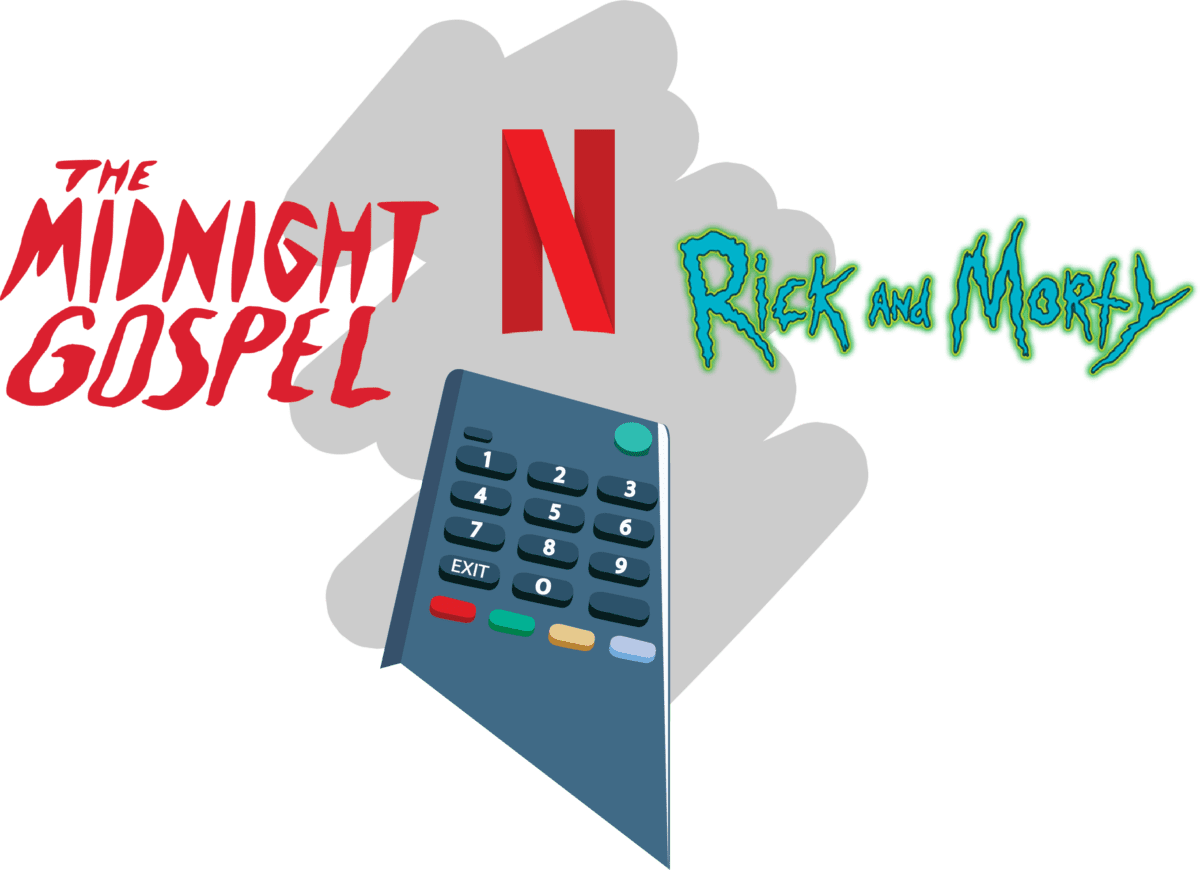 Why Netflix's 'Midnight Gospel' is the Anti-'Rick and Morty'

So suggests 14-year-old Morty to his sister, Summer, on an episode of Rick and Morty. In many ways, the line captures the series’ world-view. Through its bitter, genius protagonist, Rick Sanchez, Rick and Morty consistently pushes the message that nothing really matters.

True, there are deviations from that message. When Rick and Morty is not following its eponymous characters’ misadventures, the series turns occasionally to the strained marriage of Morty’s parents. Morty’s father, Jerry, is in many ways the opposite of Rick: slow-witted, insecure, and mired in mundanity. Yet, viewers might consider that Jerry’s appreciation for the little things is more desirable, or even more noble, than Rick’s nihilism. Forget the attitude that nothing really matters. Jerry’s existence suggests that small comforts – from whacking weeds to one’s coin collection – matter a great deal. Or, at least, we should pretend they do, if we want to be happy.

Yet, on the whole, Rick and Morty is heavily nihilistic. Its characters do not dwell often, or convincingly, on the significance of small comforts. The series certainly does not emphasise any inherent meaning of existence.

Therein lies a marked difference from one of Netflix’s more recent additions, The Midnight Gospel. As an adult cartoon, this eight-episode series takes the same form as Rick and Morty (also on the platform). Yet, the differences between the two are enormous.

Start with the usual plots. While Rick and Morty generally follows the near-fatal (and near-apocalyptic) journeys of its protagonists, the bulk of run-time in the Midnight Gospel is occupied by just one recurring character: Clancy Gilroy. While Rick and Morty repeatedly evade disaster and save the world, Clancy uses his ‘multiverse simulator’ to visit dying worlds and interview their inhabitants for his ‘spacecast’. Thus, in the words of another commentator who has compared the series, “the world ends over and over again for real in The Midnight Gospel”.

This lays the foundation for the attitudinal difference between the series. Capable of moving between dimensions at will, Rick Sanchez faces few (if any) consequences for his actions. Further, as the smartest person who ever lived, Rick’s adventures have no intellectual objective: he is chasing thrills for the sake of it, or bonding with his grandson. By contrast, the young Clancy’s journeys are all about learning. His conversations – which span topics such as drug use, mortality and spiritualism – are real conversations held by series co-creator, Duncan Trussell, with guests on his eponymous podcast.

Herein lies the reason that The Midnight Gospel is the ‘anti-Rick and Morty’. As Clancy seeks meaning in the universe and how to live a good life, his conversations would be enough to make Rick Sanchez scowl – or worse. Clancy’s conversations simply have no place in Rick and Morty.

And yet, it is worth commenting on Netflix’s newish series in its own terms – and not just by reference to its antithesis. To that end, it should be emphasised that Clancy’s aforementioned conversations are generally very meaningful. The season finale, ‘Mouse of Silver’, is particularly touching. That episode features real conversations between Duncan Trussell and his dying mother, as they extensively discuss meditation and death.

Of course, the series does not always land its mark. Clancy’s guest in the series pilot, for instance, makes some intriguing points about drug use – but then, perhaps, overstates his case by claiming “there’s no such thing as a ‘bad drug’”. In its frequent spiritualist flights, the series occasionally (doubtless, unintentionally) steps around questions of real-world justice. Advising the poor and downtrodden to “get present” through meditation, for instance, might be noble – but it may also leave the viewer wanting more. Even as The Midnight Gospel makes space for other cultures, it brings to mind debates about cultural fetishisation.

Yet, however one lands on those prior questions, The Midnight Gospel has much to offer – and not just in the way of dialogue. There is, for instance, much to be praised in the series’ vivid, psychedelic animation. Alongside Duncan Trussell, the series was crafted by Adventure Time creator Pendleton Ward, and it shows. The series is at its best when stunning visuals add to a conversation’s meaning. One example is a character discussing death while being carried into a meat-grinder.

As another commentator has put it, “The Midnight Gospel’s strange brew won’t be for all tastes, but those willing to drink deep will find a wealth of vibrant visuals and illuminating insights”. Rick Sanchez would undoubtedly be in the former group. I, however, find myself in the latter.