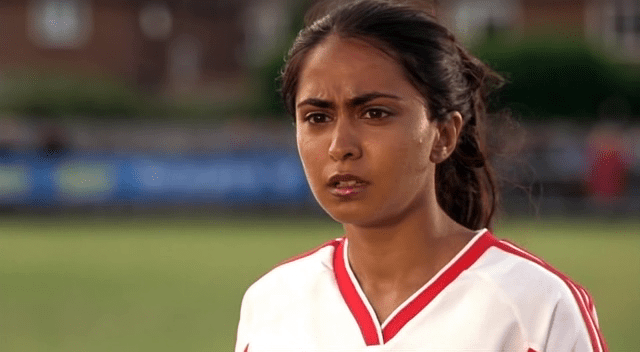 In Australia, girls are faced with a major sporting decision in primary school: netball or soccer?

Although I don’t have any proof of this, I have a sneaking suspicion that young Indian girls around the globe started playing soccer because of the movie Bend it Like Beckham. At least, I did.

If you’ve never watched Bend it Like Beckham, let me tell you just how fantastic this movie is. Set in the UK, Jess, an Indian girl in her teens, starts playing soccer with a local team, even though her parents disapprove. Despite the objections of her traditional Punjabi family, Jess continues and goes on to play soccer professionally.

At the tender age of seven, this movie had a huge impact on me, and led to me playing soccer for a good 10 years. From primary school right to co-captaining one of my school’s teams in grade 12, soccer has always been my sport. I’ve always loved the fast pace of the game and relying on my teammates to pull through a tough match. Despite the bi-weekly 6am fitness, training in the heat and rain, I relished every moment I got to play soccer. Although I’ve only realised this as an adult, my lifelong love of soccer comes from my parents putting up with me watching Bend it Like Beckham every month for almost three years.

My parents were never against me playing sports, far from it, they used to bring the frozen oranges to most matches. My family was not super traditional, I mean we loved Diwali but who doesn’t? Yet I totally identified with Jess’ struggles. It could be that Jess ate chapattis and ladoos, it could be that she had an accent that was different from her parents’, and it could be that I thought she kind of looked like me.

As a born and bred Aussie kid, I wasn’t familiar with anything resembling Bollywood. Jess was probably the first person I saw who looked like me on any screen. Even though I was envious that she had a name that could be shortened to a Western-sounding nickname, I admired Jess because she was just as British as she was Indian. Bend it Like Beckham is so brilliant because it tackles identity issues that most first-generation kids face. At a young age, it’s a little confusing to conceptualise having a culture which is different from most of your friends. You have values and beliefs that are different, yet you’re not really sure why – it’s just what Mum says. For me, Bend it Like Beckham made it okay to look different and think a little differently, most importantly it was probably the first time I started to be proud of my culture.

At the Crossroads of Identity and Faith