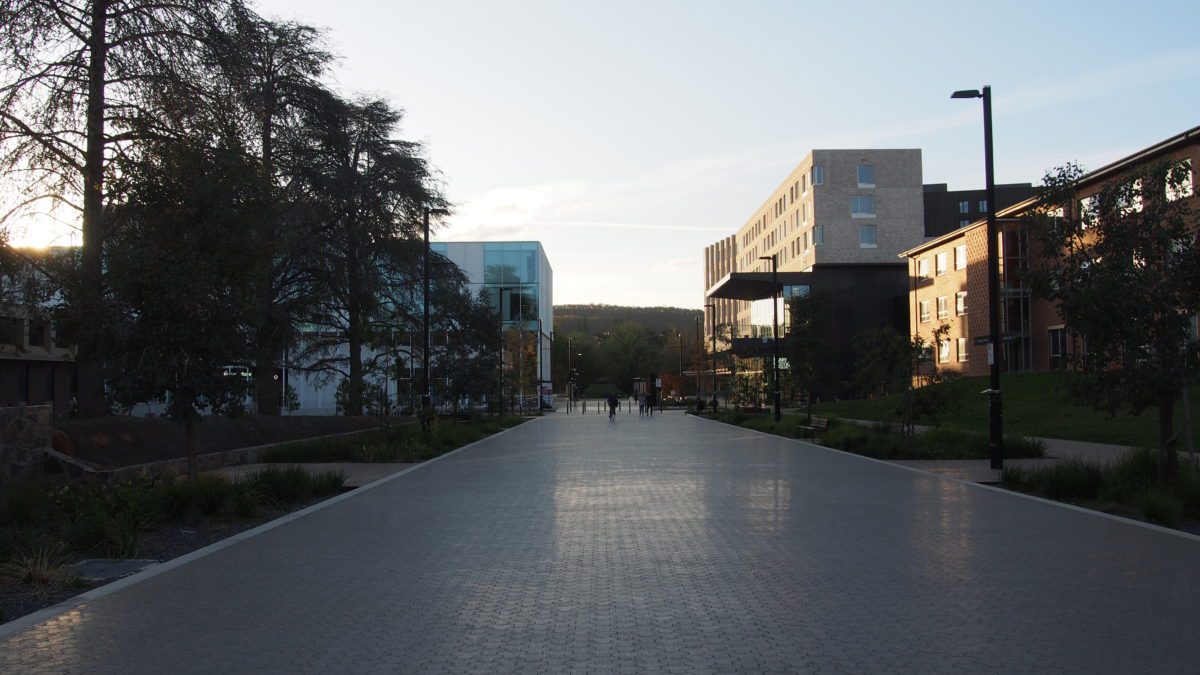 The 1970s finally saw the global student revolt arrive on Australian campuses. Against threats of expulsions and police brutality, student radicals protested not just the Vietnam War, but also broader contradictions in society and in the university. Despite their numbers, student demands across Australia were met with intransigent administrators and legal retribution. But, when faced with its own protests, the ANU took another approach.

“[S]tudent demands were met,”, ANU Professor of History Nicholas Brown writes, “with a tolerance that reflected that this university, perhaps more than any, needed to listen.” And listen they did. Following campus protests the ANU accepted many of their students’ demands, one of which was to have a representative on the ANU Council. It was in this spirit of tolerance and post-war reconstruction that then Chancellor H.C. Coombs expressed his preference for “activism, even if impolite, [over] … apathy.”

How far, it seems, the ANU has strayed.

Following weeks of outcry and a petition with more than 3,000 signatures against the university’s decision to use Proctorio, students have once again been told that they have been consulted and asked to trust that the ANU has their best interests at heart. The Deputy Vice-Chancellor’s (DVC) recent Woroni article follows similar statements, where the DVC has told students to “focus on [their] studies” and that punishment may meet “a small group of students” campaigning on the issue. In other words, students have been asked to keep quiet, put their heads down and let the adults sort this out. Not only is this a far cry from listening and tolerance, but also a betrayal of the university’s core values.

It is the right of all ANU students to have input on policies that will affect them. In 2017, ANUSA and PARSA successfully negotiated and signed the ‘Student Partnership Agreement’ with the university, which ensures ‘a commitment on the part of the [Academic] Board to consistently and meaningfully engage with the student body.’ While most students may be unable to provide a detailed input on university policy, being able to speak from their lived experience is precisely the input the ANU should be looking for. Yet, instead of consistent and meaningful engagement, students raising personal accessibility and equity concerns have been repeatedly dismissed and asked to raise their concerns with other members of the university who have little say on the use of Proctorio.

Furthermore, the engagement we have seen thus far has had a flimsy relationship with the truth. The decision to use Proctorio did not ‘include consultation with students.’ It has only been communicated to our representatives who have publicly and consistently spoken out against the university’s use of Proctorio. Likewise, threats to students over supposed breaches of the ‘Code of Conduct’ is alarming, as the ANU does not currently have such a Code of Conduct. Assuming the DVC is referring to the yet-to-be-finalised Code of Conduct drafted with student reps to combat sexual assault on campus, it’s deeply concerning that it’s already being weaponised against dissenting students rather than those who commit crimes on campus. Even the DVC’s claim that Proctorio is safe because ‘it’s never been hacked’ not only forgets that cybersecurity is a question of ‘when, not if’, but also ignores workarounds that are easily accessible on the internet.

The ANU has lost our trust, and the only way to fix that is for the university to start trusting us. This will mean engaging in dialogue and actually listening to our concerns, rather than just telling us that we’ve been listened to. The ANU Senior Executive ran student forums in 2019 for feedback on residential policy and while it may have been confronting for the university, it helped give a genuine avenue for discussion that ultimately led to change. The Vice-Chancellor’s video Q&A was a good first step, but further dialogue is needed and there is nothing to stop a student forum from being run on Zoom. If Proctorio is only to be used ‘in a small number of courses’ at the discretion of the course convener, then this should be discussed with us so that we can fully express our concerns over privacy, accessibility and equity on terms that empower rather than diminish us and our experiences.

As our DVC said, Vice-Chancellor Brian Schmidt spoke about the importance of trust earlier this year. He has also spoken about how students are one of the university’s greatest assets, and that for the ANU “creating a distinctively excellent student experience is a high priority.” Showing us that the ANU remains committed to prioritising its students is needed to restore trust, not just on campus but throughout the country. The Proctorio fiasco has already spread outside of Canberra, with news coverage from the ABC and Federal Greens Senator Mehreen Faruqi tweeting out support that “‘[t]here’s no justification for levelling invasive, industrial-grade surveillance tech on students.”’ It is time for the ANU to show the national leadership that it’s so proud of. All it needs to do is just listen.

Kai Clark was one of the ANUSA College of Asia-Pacific Representatives for 2019.