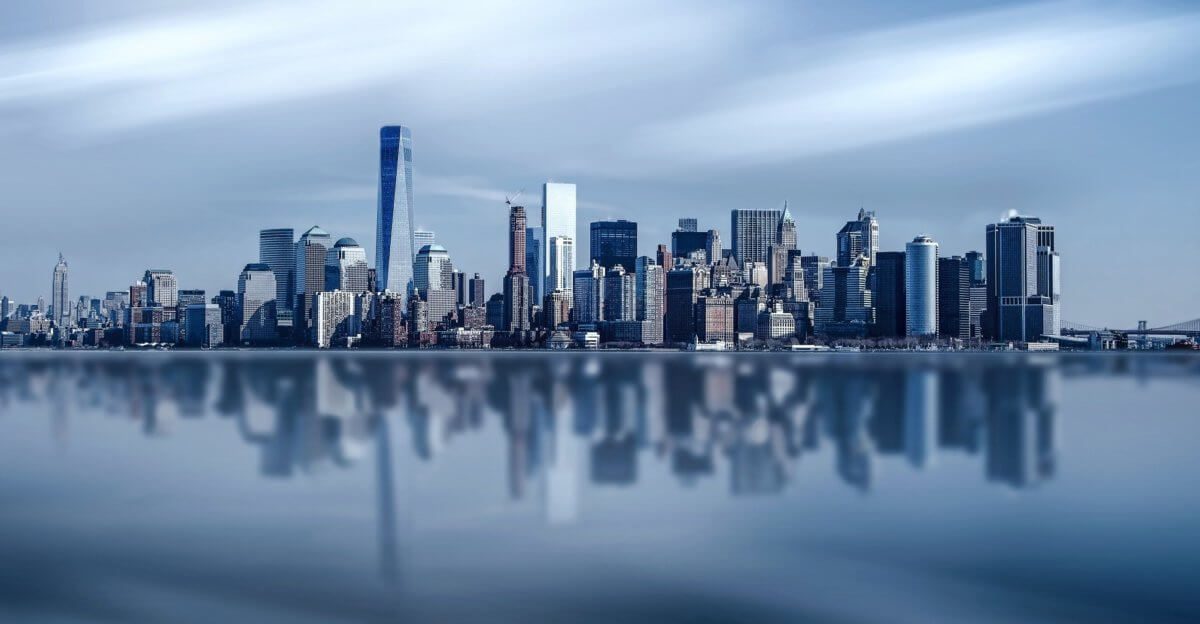 To Build the City

The weekend before O-Week 2014 blazed hot enough to fry eggs on the pavement. Temperatures soared above 40 degrees as my parents and I scrambled to furnish and stock my studio in Davey Lodge. A dozen hours, one trolley load of groceries (with more fresh food than I would have in my pantry for the next year or so) and a few Big W pickups (including my trusty 15 dollar fan) later, and I was alone.

I was 18 years old. I had never drunk alcohol before. I knew one other person in Davey, and only a handful on campus at ANU. I was alone, and I was exactly the same as thousands of other first years.

Davey is essentially a giant concrete brick without air conditioning, so in that first weekend we found ourselves in the only part of it that was air conditioned – the common room. It was that Sunday night, gathered around a table as we attempted to cook pasta for a dozen or so of us on Davey common room’s solitary, temperamental stovetop that I first felt what this place, and its people could mean. It was then that this place first felt like home, and the people I shared it with as one community.

Amazing how a shared meal can turn strangers into family.

A week later, we made some pancakes on that stove. By the following week, I’d managed to secure some money from UniLodge’s Community Spirit Fund – short of 200 bucks, to make pancakes every Saturday morning for anyone who wanted to come. We picked up several slabs of pancake mix and a jug of maple syrup from Costco and away we went.

A week or two after that, I ran for first year social representative for the UniLodge Residents’ Committee. Nearly five years on, I’ve been many things and held many roles since. But it’s on that shitty stovetop that I began, and when I think back, it’s those glorious February and March Saturday mornings flipping pancakes among friends and strangers as we stumbled through the whirlwind that was our first term at ANU that I loved the best.

Firstly, if you are reading this, there is a good chance that you are an ANU student. It’s not guaranteed, but this is a student magazine, so I’m reasonably confident. Secondly, by virtue of even clicking on this link or picking up this magazine, you are at least vaguely interested or curious about ANU as it exists as a community. Thirdly, if you’ve made it this far, you don’t find me intolerably dull (which I appreciate).

If you stay with me a bit longer I’m going to try to convince you to serve. I’m going to attempt to persuade you to unironically, passionately, fearlessly, and genuinely give yourself to something beyond self-interest. I don’t know what that thing is – we each have our own shitty stovetops, the catalysts of human empathy and value that call out to us “this matters”, and maybe you haven’t found yours yet. But you will.

I’m asking this because the future of our Commonwealth, and our world, depends, and has always depended on people willing to strive for something more. Every work of art, every lasting contribution to human knowledge, every moment of compassion, justice, or kindness, or love has been the result of that choice.

Our society is sustained on the service of countless individuals – teachers, firefighters, police, nurses, judges, engineers, builders, community workers, public servants who make the decision to put the public good first. It is improved by the efforts of activists, advocates, academics and citizens who dedicate their lives for a more just society. All that is good in this world is the result of the choices of people to make it so. We are it. There is nothing and no one else.

This might seem obvious. But in a world of 7.6 billion people, it’s easy to feel individually insignificant. It’s easy to fall into a sense of insular apathy, to imagine that our capability to help begins and ends at our tax bill, and to assign moral responsibility for solving problems to some government department that we pay a few bucks to a week.

The Romans marvelled that a citizen could walk from one end of the Empire to another without being accosted on the road. Today it’s such a basic assumption that it doesn’t even need to be voiced. Even the brightest minds of the Enlightenment would have been floored by the scale, comprehensiveness and rights of the modern legal system.

But human progress, knowledge and civilisation is not some natural, inevitable force. It is a city, built, rebuilt, expanded and maintained by constant human effort. Person by person, brick by brick. And without maintenance of our foundations, the city crumbles.

We live in an age of almost unprecedented public cynicism. The assumption that others are motivated by self-interest, partisan tribalism, or ideological combativeness is rooted so deeply that it’s almost impossible to shake. This cynicism started in politics, but it’s slowly stained every aspect of our society and our public life.

But above all else, cynicism is safe. If the system is broken and the people involved in it are tainted hypocrites acting in self-interest or some moral vanity, then we can justify not getting involved to ourselves.

Every party member in politics is a self-interested psychopathic hack. Every church charity is out to moralise and convert. Every international NGO is full of professional voluntourists who only care about feeling good rather than doing good. Every lawyer that takes on a pro bono case is only doing it for optics. These are the stories that we tell ourselves to justify our own inaction.

This is because to do is to risk being criticised for doing. To have and declare principles is to be held to them. To serve is to expose yourself. To try and set an example is to be compared to it, and to fail it.

At this University we fear failure, perhaps more than anything else. We are the end product of a culture that prioritises success above everything. For many of us, our entire lives have been a never-ending pressure to excel at this exam, or this instrument, or this job.

In doing so, the appearance of being successful becomes more important than the magnitude of success. We become risk-averse, focussed on what is reliably achievable rather than what is valuable, obsessed with maintaining a facade of perfection. We want to be successful but not at the risk of being held responsible for mistakes. We want the reputation of someone who could do great things if they put their mind to it, without the risk of ever actually attempting it. Potential energy becomes more important than kinetic.

We become strangely insubstantial, with few, inoffensively held public views, a handful of carefully cultivated hobbies, and curated experiences designed to give the appearance of being a idealised stereotype. In this digital world that forgets nothing, we too often strive to avoid saying or doing anything memorable.

It is the strange curse of our generation. We are the most capable and educated set of elites in the history of humanity. The overwhelming majority of us that hail from the upper middle class have spent our entire lives being prepared to excel, each the product of close on two decades of formal education and extracurricular experiences, a huge investment of resources intended to allow us to compete and win in a ruthless meritocracy.

We have tools none of our predecessors enjoyed, carrying around the sum of human knowledge in our pockets. For us, to research, absorb and synthesise information into an argument is almost as natural as breathing, something we do in every argument on the internet or around the dinner table when we resort to Google to settle a disputed fact.

We have everything except purpose. Much of the formidable talent of our generation lies idle, paralysed in a malaise of apathetic nihilism that views the world and their place in it through mute cynicism. I disagree with the majority of millennial gaslighting literature that attempts to paint us as lazy and entitled, but there is a kernel of truth when Yale Professor Emeritus William Deresiewicz calls us “Excellent Sheep”, and when Senator Ben Sasse questions our conviction as he did in the Vanishing American Adult.

This is not to say that we don’t have an idea of what a better world and society would look like: many of us do, some of us passionately. Often we have a well-reasoned and researched basis for believing what we believe. We can imagine a more perfect society, that human city called progress, but we struggle to imagine how we, as individuals, can meaningfully contribute to bring it about. Then it becomes easy to be a cynic, a critic, a person to point out how things could have been done better in the privacy of our own thoughts, while remaining passive, silent and unmoved.

But as Theodore Roosevelt aptly noted in a speech to Paris’ own elite student population some 109 years ago, “it is not the critic who counts”.  The world turns on those who strive “valiantly; who errs, who comes short again and again, because there is no effort without error and shortcoming…”

The challenges facing our generation and our world are serious and they are real. Climate change, automation, wealth inequality, drug resistant pandemics, decaying infrastructure, privacy in a digital era, the omnipresent threat of nuclear apocalypse, a globally ageing population and an increasingly grim international security situation are among them. If these challenges are to be met, they will be met by us, uncynically, pragmatically and tirelessly pursuing a more perfect city.

So find what is good and true. Imagine your perfect city. It will not be the same as others, and in many important ways it will be wrong, and other people will tell you that it’s wrong, and then in the fires of debate and research prove it to you. Always keep yourself open to revisions upon new information, because while our values and goals should be immutable, our methods must never be. Decide what matters and then hold fast to it: if you refuse to move, eventually it’ll be the world that does instead. But the city has never, and never will, be built by cowards who know neither victory nor defeat.

Be unironically, earnestly passionate for the terrible, incredible and bizarre experience that is human existence, and always remember that you have the unique and significant ability to make it better: not tomorrow, not next year, but today. It starts with a choice.

What will you choose?