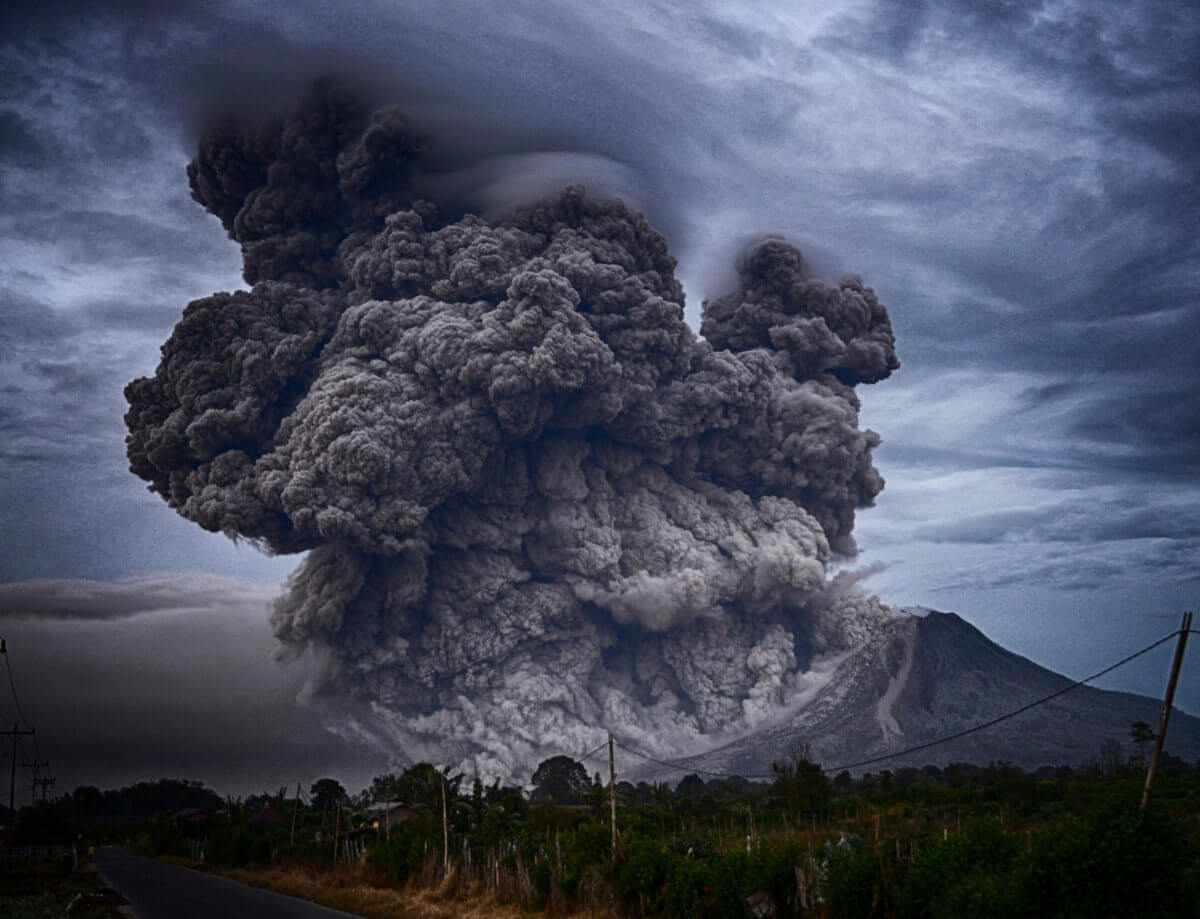 While Australia might weather the brunt of cyclones and bushfires in the Asia-Pacific region, geological hazards tend to attract much less attention.

Despite the absence of large recorded earthquakes and volcanic eruptions in Australia’s historical past, the risks posed by geological hazards have more potential to affect our day to day lives than we may realise. And these geological hazards do happen in Australia: take, for example, the 1989 Newcastle Earthquake (a magnitude 5.6 earthquake that claimed 13 lives), or the geologically ‘recent’ eruption of Mt Gambier in South Australia 5,000 years ago.

Indeed, relatively recent events like the 2004 Boxing Day Earthquake and Tsunami, along with the 2011 Tohoku Earthquake and Tsunami, highlight the risks presented to our neighbours in the Asia-Pacific context. As Australia attempts to strengthen its neighbourly ties, the importance of understanding geological hazards present in the Asia-Pacific region becomes increasingly apparent.

Professor Phil Cummins, a researcher in Seismology and Mathematical Geophysics at the ANU Research School of Earth Sciences, looks at the risks associated with the hazards within the Asia-Pacific region. Investigating these risks is critical to improving the safety of people living in the Asia-Pacific region, and are even applicable to the Australian context.

One of the biggest challenges, says Professor Cummins, is that we don’t have a good record of high impact geological hazard events. When people build houses, plan for the future and look at the circumstances of living, geological hazards are of little consideration when things like high magnitude earthquakes only occur once every 10,000 years.

It’s this lack of information which Professor Cummins’s research focuses on. Filling this gap of information is essential to maintaining the safety and security of some of the world’s most vulnerable communities, especially in southeast Asia and the southwest Pacific. As Professor Cummins tells us, Japan has one of the best historical records of geological hazards, but the events that unfolded on 11 March 2011 in Japan still came as a complete surprise.

Professor Cummins tells us that Japan prepared itself for large earthquakes as ‘many buildings certainly in Tokyo and northeast Japan were pretty resilient to that level of ground shaking’ – but ‘the tsunami was a lot bigger than expected’ and this is what caused the most amount of damage and fatalities. It’s the relatively poor knowledge of these sorts of events that makes them dangerous to communities, especially when they lack the information and resources to prepare for them.

This is where the investigation of geological hazards in relation to Australia finds its place. Professor Cummins says that Australia ‘can experience earthquakes up to magnitude seven or even up to magnitude 7.5’. It is not unlikely that such an earthquake might occur in a major urban centre, with potentially devastating consequences. Since the 1989 Newcastle Earthquake, building codes in Australia have been updated to include earthquake safety standards. However, many buildings across Australia were built prior to these building codes and present a substantial risk today.

Throughout our discussion, this theme of the visibility of geological hazards remains a constant challenge for how Professor Cummins’s research can be used to save lives. The period over which geological hazards occur is based on long-term timescales, meaning that short-term government policy and public awareness remains insensitive to the underlying vulnerability of populations to these geological hazards.

Though weather – perhaps justifiably – remains at the forefront of the Australian public discourse surrounding natural disaster management, Australia maintains a responsibility to protect against geological hazards for its own population. This includes the protection of its neighbours in the Asia-Pacific region. Professor Cummins tells us of the importance to support them as due to Australia’s economic investments, tourists and citizens in this region: Bali, Indonesia, is potentially the ‘source of the greatest earthquake and tsunami threat to Australian lives’. On this island in Indonesia, volcanoes and associated hazards like earthquakes and tsunamis may threaten the one million Australian citizens who visit Bali annually.

When looking at the objective of using research to save lives, Professor Cummins identifies the central problems as being the lack of awareness, the lack of resilient buildings, and the lack of historical records as being key to securing the safety of those living in less developed countries. This is especially true for those who reside on the island of Java, Indonesia. Part of the issues that Professor Cummins mentions is the little awareness of earthquakes, since ‘for some reason during the explosion of population in the 20th century there were just very few large, damaging earthquakes, despite many having occurred earlier during the colonial period’. People don’t take this into account when building houses – and so the Javanese population remain vulnerable to building collapse in the event of a very likely earthquake on Java.

Geological hazards have the capacity to affect the lives of millions. Professor Cummins mentions that historically volcanic eruptions in Indonesia have had major impacts on agriculture, which can cause widespread famine. In this context, the exposure of geological hazards faced in the Asia-Pacific makes Australia vulnerable to the hazards which may otherwise seem irrelevant and uncommon.

‘Even a moderate eruption in Indonesia or the southwest Pacific could cause a major disruption to air traffic to and from Australia, as we saw last year with the eruption of Mt Rinjani on Lombok [an Indonesian island next to Bali].’

Using analogues from places like Japan where initiatives which minimise the risks associated with geological hazards are integrated into everyday society, Professor Cummins says that Australia can investigate ways to minimise the risk presented to vulnerable populations, like those residing in Indonesia and the Philippines.

Though Australians may be unfamiliar with geological hazards, the globalised world in which we live – along with the indiscriminate nature of geological hazards – meaning that Australian research which addresses this risk remains important. In September this year, Professor Cummins along with several students from the ANU Research School of Earth Sciences are heading to Japan and several areas affected by the 2011 Earthquake and Tsunami to investigate the geological hazards facing our world today as part of the Australian Government’s New Colombo Program. Indeed, this is just one of the innumerable applications of geoscientific research – and that which, perhaps refreshingly, lies outside the mining focus present across much of Australian geoscience.

We left the interview with a newfound appreciation for how geology can act to save lives the world over. Thanks to the research of Professor Cummins and other hazard scientists, countless lives are potentially saved from the hidden threats of geological hazards – applicable not only to Australians, but to people in the world’s most vulnerable communities.

The research of Professor Cummins and other Australian hazard scientists is partially supported by the Australian Department of Foreign Affairs, as well as the Australian Research Council.