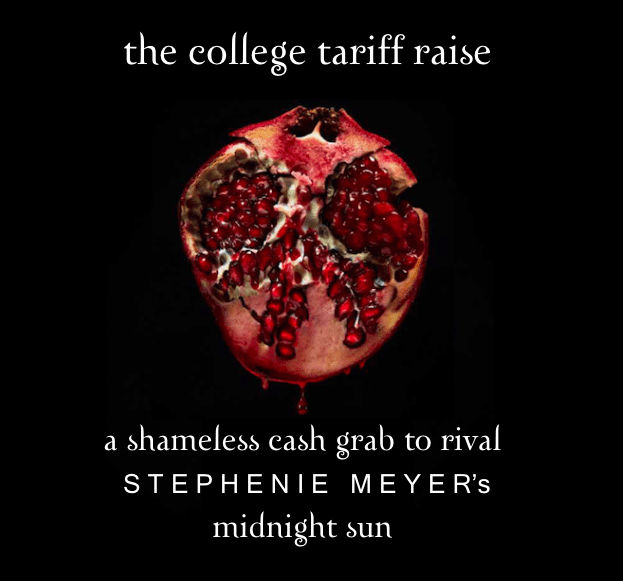 “I’m the world’s best predator, aren’t I?” ANU made no attempt to hide the bitterness in its voice now. “Everything about me invites you in—my international reputation, my location, even my SELT reviews.” It was all so much overkill. What was the point of its urban campus charms and lures? Why couldn’t it have been as repulsive on the outside as it was on the inside? “As if I need any of that!”

Now it felt out of control, but not in the same way. All its love for education and idealism was crumbling to dust, a thousand centuries of profit stretched out in front of it, and it didn’t want to pretend anymore. If it could have no happiness because it was a monster, then let it be that monster.

It was on its feet, racing like her heart, in two tight circles around the edge of Kambri, wondering if she could even see what it was showing her. It jerked to a stop where it’d stood before. It was going to show her why it didn’t need a pretty marketing campaign.

“As if you could outfund me.” It laughed at the thought, the grotesque comedy of the image in its head. The sound of its laugh bounced in harsh echoes off Harry Hartog.

“As if you could hold enough protests to fight me off.” The bitterness disappeared from its voice. The little tantrum had cost it no energy, but it had drained some of its ire.
“Don’t be afraid,” it begged in a whisper. “I promise—” No, that had become too casual a word.

‘The Tariff Saga’ is soon to be available at all major booksellers. RRP $467 p/week.