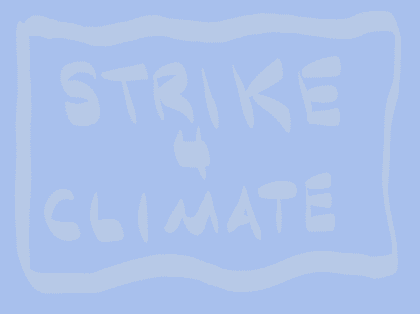 The Politicians Can't Hear You

On Tuesday 4 February 2020 over 1,000 Australians marched around Parliament House to protest climate change in near-complete silence.

I have some bad news for those protesters: the politicians can’t hear you.

A condition of approval of this march was that the protesters leave behind their signs and refrain from chanting. Because God forbid the politicians hear the people.

Don’t feel bad though. Silent or not, they genuinely cannot hear you. Because the dark, undemocratic secret of New Parliament House is that the structure is virtually soundproof. Chant as loud as you want, bring megaphones and a thousand of your closest friends. They still won’t hear you.

At the height of the protests on February 4, as 1,000 people engaged in a call and response with their in- flamed speakers, the entry to parliament was silent. The coughing of the several dozen police and trick- ling of the fountain was more audible than the pro- testers chanting barely 100 metres away.

It is almost surreal how well the architecture dulls and removes the anger of the people from the air. If one could not see the pennants of protest flying, it would seem like any other day.

By comparison, the protesters’ calls ring clear all the way down at Old Parliament House. The echoes from the walls of that colonial mansion rang clear as a bell so that one could follow every word of the speakers and every call of the protesters from half a kilometre away.

Long gone are the days where Bob Hawke would hang out the windows of Old Parliament House wav- ing at the people. When the Prime Minister’s office was less than 100 metres from the protest lines, and politicians were forced to see the anger and com- plaints of the people going to and from work, whether they wanted to or not.

Today the Ministers’ offices are set near the dead centre of the vast complex. Well back from the roads, ensconced in their fortified hill, surrounded by offices of the unimportant staffers. Where no errant sound of discontent can possibly reach them.

Its four fortified entrances where MPs come and go from are likewise a no protest zone on the off chance they are forced to see something they don’t want to.

Tuesday 4 February 2020 marked the first protest to encircle Parliament House. And it was only approved on the condition that protesters carry no signs and refrain from chanting.

It’s no wonder people feel like the politicians aren’t listening anymore. Because they physically can’t. The next time ScoMo talks about the Canberra bubble, he might consider bothering to listen to the people, instead of walking away as soon as he has the chance.