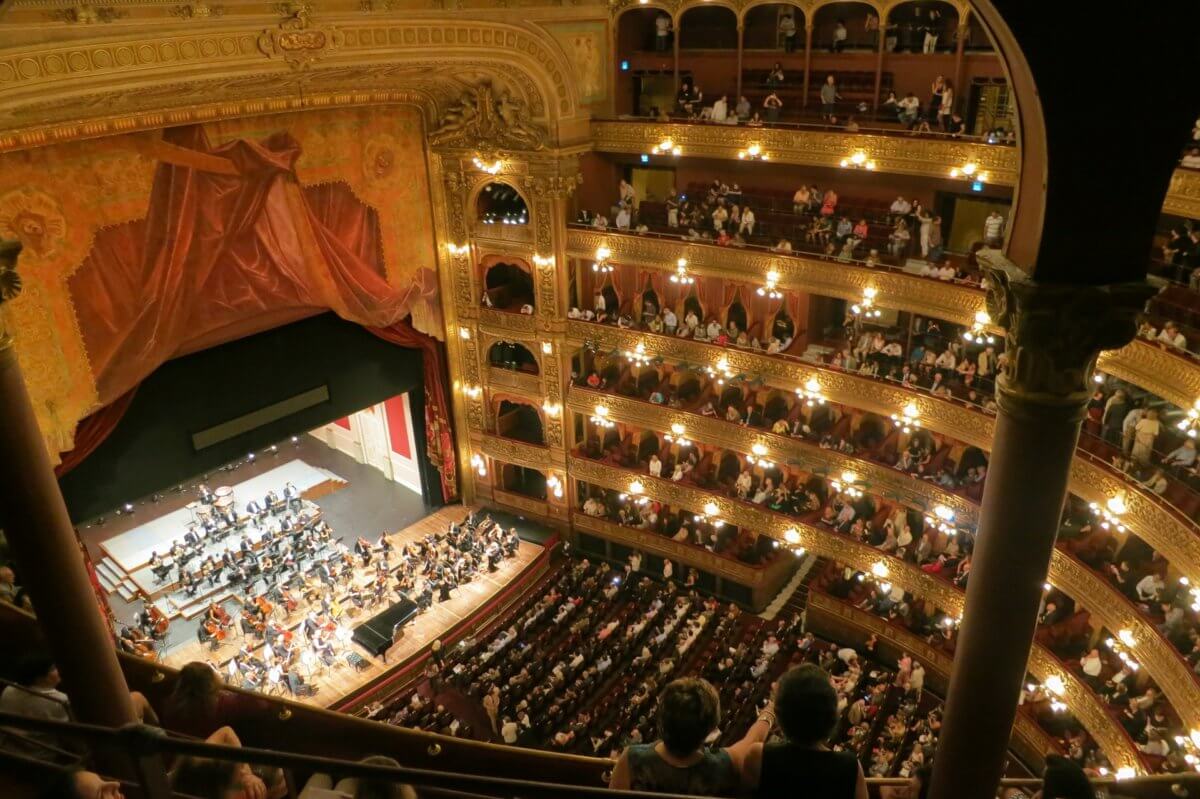 The Beginner’s Guide to the Symphony

So you’ve somehow found yourself with a ticket to the symphony, and you have no idea what to do? Never fear, all shall be revealed. Here is your (brief) guide to what to do at the symphony.

The ‘unofficial’ official requirement is to wear cocktail; however, some events may request more formal dress codes. For women, above the knee is okay, however, avoid mini-skirts as you will be climbing steps into raised seating. For men, a suit is de rigueur, however wearing a tie is optional. In summer – particularly if the concert is outside and during the day – you can get away with chinos and a button-down, neatly pressed.

Try to arrive at least 30 minutes before the scheduled start time. If you arrive after the start time, you probably won’t be let in until intermission. Arriving this early also gives you a chance to pre-order drinks for the intermission, as well as to get your hands on a program.

To buy a program or not?

Some orchestras give away their programs for free, but it is not usual, and usually, you’re required to pay a small fee. Whilst some view this as an inconvenience, the fee on the program is a crucial part of revenue-raising for orchestras. The program will also give you notes about the pieces being played, as well as information about any soloists and future concerts. In the end, it is up to you, but it is worth buying as it improves the experience tenfold. Bring cash.

When the Performance Starts

Before the start of the performance, you will normally hear a bell throughout the theatre reminding you to get to your seats. If you have seats in the middle of a row get to your seats as quickly as possible. If you’re on the edge of a row, wait for a couple of minutes before taking your seat, otherwise, you will constantly be standing and sitting while everyone else in the row takes theirs.

A good rule of thumb is to switch your phone off the minute you enter the theatre. This way you don’t forget and run the risk of an annoying ringtone going off in the quietest parts. If you absolutely have to check your phone, don’t. Either wait until intermission or leave the performance until the end of the next intermission.

Clapping in classical music is one of the hardest things to understand. You don’t clap between movements, but you do clap at the end of a piece, but sometimes the end of a piece doesn’t mean that intermission is beginning. If in doubt wait until most of the room is clapping before you begin. At the end of the performance, continue to clap with the audience until they begin to fade away. The musicians will continue to bow until the clapping stops.

Generally, it’s pretty rare for a piece of music to receive a complete standing ovation. While it can appear to be a very group driven thing, a standing ovation is actually quite personal. If it is the end of the whole concert, and you feel that it deserved it, feel free to stand even if no one else does. At the same time, if everyone is standing around you, but you don’t agree, you do not have to join them.

Don’t throw flowers or tokens onto the stage at the end of the concert. Wait until afterwards where you can either go to the stage door or a designated autograph table set up by the orchestra.

Other Random Pieces of Etiquette

If you attend a performance of Handel’s Messiah, it is compulsory to stand for the Hallelujah Chorus unless you are not physically able. Do not eat in the concert hall. Some places allow you to take in drinks, but avoid food at all costs. Check any coats and large bags that you bring with you. However, if you have a shawl, take it into the theatre with you. This doubles as a blanket as the theatres are generally quite cool.