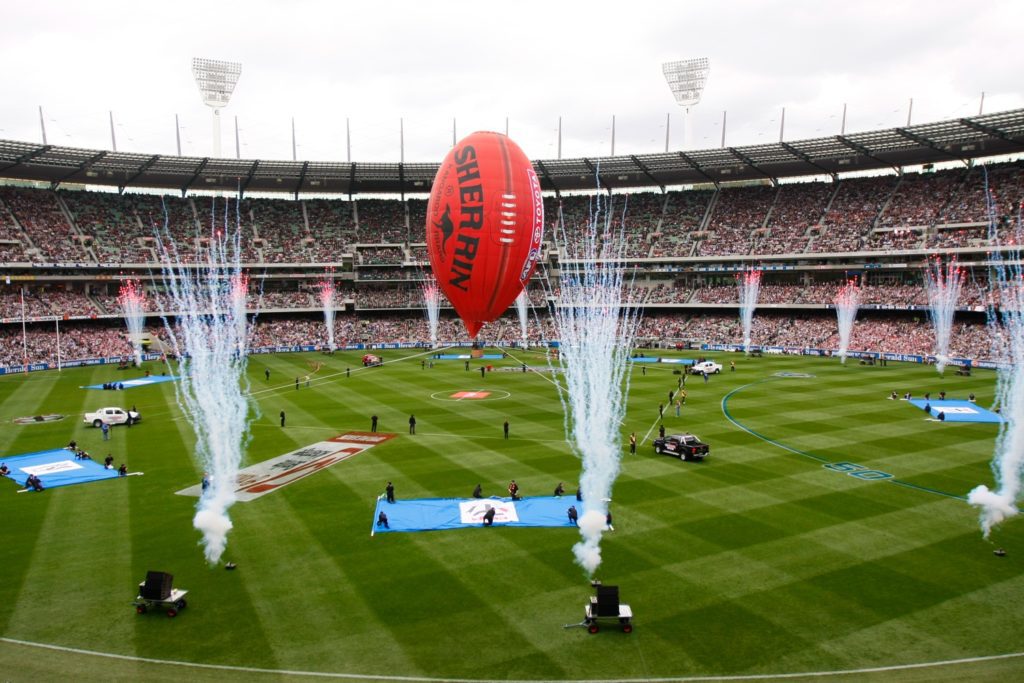 Grand final day is an integral moment in the Australian year. It’s Melbourne’s Christmas, that’s for bloody sure. Just like Christmas, we all come together for it. Like the bonbons, the tension rises before the first bounce throws the audience into disarray; a mixture of passion and tension. And like the turkey, the pre-game entertainment is dry and leaves us calling for something different.

Despite the day’s immensity, Victorian Premier Daniel Andrew’s decision to make Grand Final day a public holiday was met by uproar, rivalling that which is heard as the final siren blows.

Classically, and perhaps disappointingly, it lefties v conservatives fighting it out on this one.

The Liberals would tell you that the holiday is an unnecessary luxury; costing the local economy $1bn, with 87% of businesses disapproving of it, and a perception held by most that it’s highly Melbourne-centric.

Labor would tell you that the Grand Final is a day that unites all Victorians, and is thus deserving of the rest and relaxation that comes from public holiday status. Hotels were at 96% capacity, up 14% from the year before, spending increased by $6mil and the Grand Final Parade was the biggest yet with 150,000 hitting the streets.

There is clearly thirst for such a public holiday, and maybe this is an instance where economic considerations must be ditched considering the joy it brings so many.

Too often, public policy considers the economic cost more than it does the human cost. We’re smarter than that. We also know how important the footy is to the Australian story. Be it Nicky Winmar or Adam Goodes showing pride in their black skin, or St Kilda dedicating a game to supporting Queer Australians, rainbow jerseys and all; our nation’s progress is inextricably linked to the game.

I see no better event to pause for, and to fix our gaze onto.

The debate is a spicy one, and no doubt there’ll be many who’ll disagree with me.

But when it comes to the AFL’s being supreme to the ongoing joke that is Rugby League, surely that’s one thing we can all agree on?