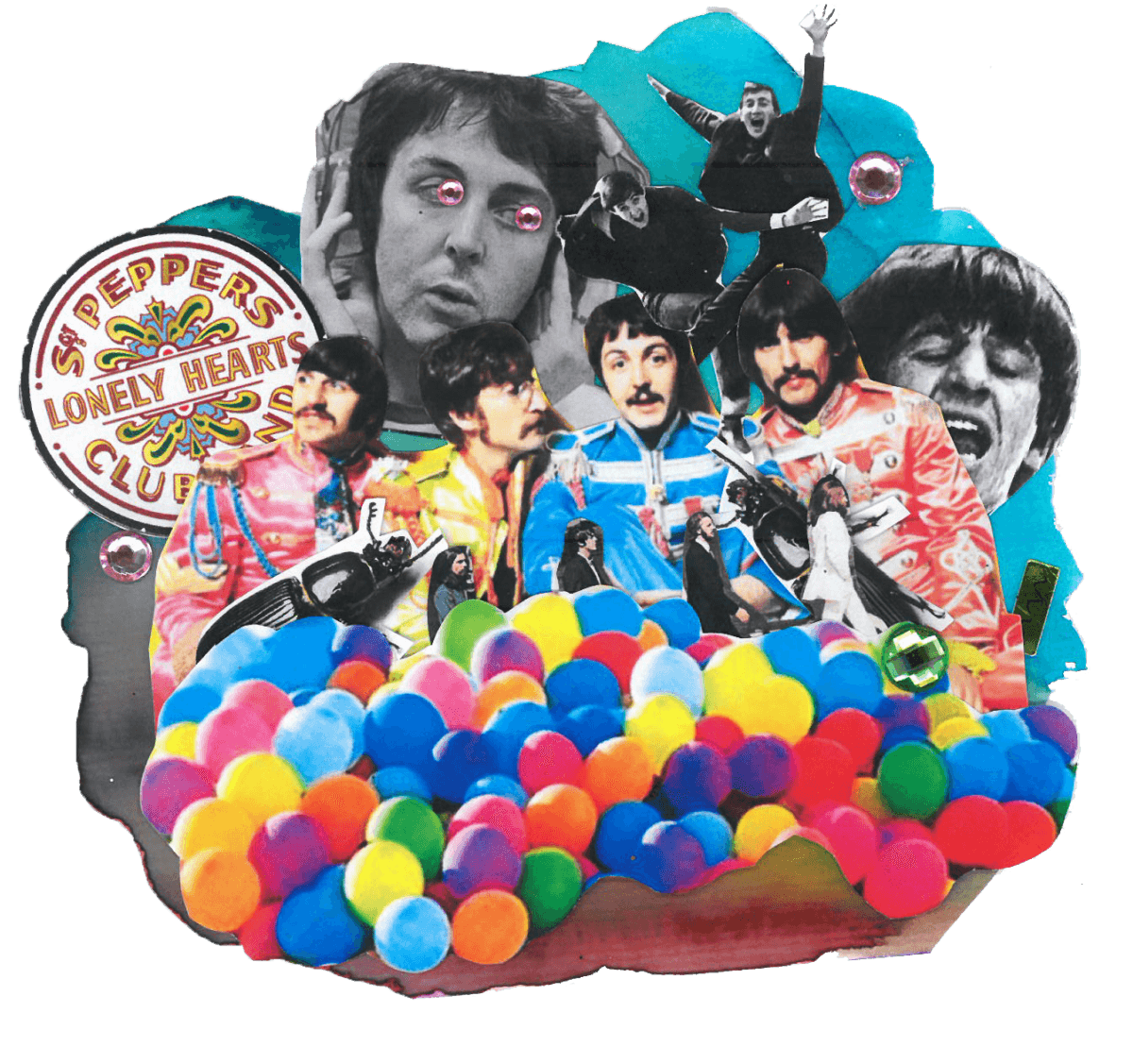 50 years ago today, Sgt. Pepper taught the band to play. Sgt. Pepper’s Lonely Hearts Club Band is an album that everyone has heard about, but not all have sat down and listened to it in its entirety. The eighth studio album by the Beatles, unquestionably one of the greatest bands in history, is commonly touted as a masterpiece of 20th century music by hipsters and crusty music critics alike. With a new stereo mix recently released, the album and its merits is back under discussion. But what really makes it ‘the best album ever by the best band ever?’

Just before Sgt. Pepper’s was released on the 26th of May 1967, the Beatles, having just released two singles, ‘Penny Lane’ and ‘Strawberry Fields Forever’, had already created mass confusion among their devoted fans. The music videos for these new songs showed the Beatles with moustaches, bright outfits and funky glasses, a far cry from the four clean-cut, suit-wearing boys with mop-tops the public were used to. The world tried to adapt and people listened to ‘Strawberry Fields Forever’ until they thought they ‘got it’. The Beatles had changed; they were looking to experiment, to innovate, to go against the grain. Sgt. Pepper’s represented this desire, an album that had the usual polished professionalism of the Beatles’ previous work, but with a new layer of artistic experimentation that pushed the envelope of what the Beatles had done before.

At the time, most recording studios only had four-track tapes, which meant that they could layer four distinct audio recordings into one final record. Bands would usually have one track for vocals, one for drums and the other two for guitar or keyboards. But on Sgt. Pepper’s, the Beatles and their audio engineers pushed the boundaries of this technology. The Beatles would record tracks and then re-record those onto a single track until the tape was nearly see-through. They spent hundreds of hours in the recording studio, an inordinate amount of time for a regular band to create a studio album at the time. So much of Sgt. Pepper’s pushed the boundaries of what was possible and it is only from these innovations that the album sounds so ordinary to us now. That is what many modern listeners don’t appreciate, and especially something I didn’t appreciate at first: the incredible modernity of an album that is nearly as old as my dad.

But, why is the importance of this album being re-questioned now? On the 26th of May this year, a new stereo mix was released to coincide with the 50th anniversary of the album. A mix completed by none other than Giles Martin, son of the late George Martin, the famed producer of the Beatles and the ‘fifth Beatle’ according to Paul McCartney. This painstaking attempt to improve and rejuvenate the original work has resulted in a vivid and brassy album that really showcases the incredible band that was the Beatles. The most notable improvement is in the drums. Ringo’s drumming is booming and intricate at the same time, something which really improves the listening experience. Songs like ‘Good Morning Good Morning’ and ‘She’s Leaving Home’ benefit immensely from this improvement.

Sgt. Peppers may not amaze many modern listeners. It’s not even my favourite Beatles album: I much prefer Abbey Road. But to listen to it is to participate in a musical pilgrimage to the place that many of your favourite artists owe a lot to. It’s an album that pushed the boundaries of what was possible at the time. There is something for everybody: the sing-a-long fun of ‘With A Little Help From My Friends’ the upbeat, more relevant than ever message of ‘Getting Better All The Time’ or the lush harmonies of ‘Lovely Rita.’ If I were to recommend you listen to only one song, it would be ‘A Day In The Life.’ Widely hailed as one of the greatest songs ever made, it’s wonderfully nuanced and becomes even more amazing when you consider the fact that it was made with only four layers of audio.

Trendy university students and seasoned music critics may be a touch pretentious in their appraisal of Sgt. Pepper’s as an infallible masterpiece. But I prefer to see it as less of a musical Mona Lisa and more of a time capsule; a view into a world I will never see. But the beauty of the Beatles’ music, the charm of the bygone band, somehow makes me nostalgic for something I never even experienced. So, brush the pretentiousness aside, lie back, put Sgt. Pepper’s on and wonder what it’d be like to live in another time: a time when anything seemed possible, even with horrible moustaches and corduroy pants.