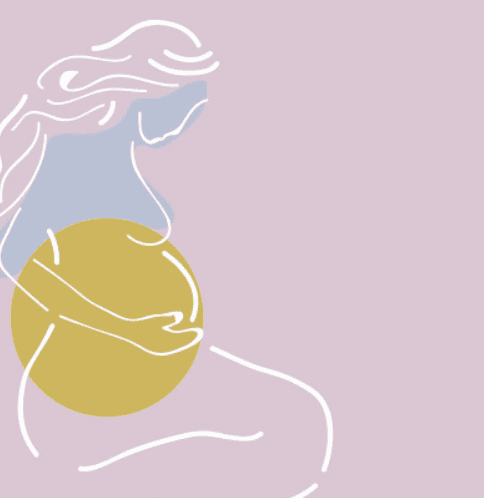 Nuclear warfare, rising sea levels, terrorism and cyberwarfare are all security issues that you may have heard of. However, there is one little-known threat that could put an end to whole populations: sex. Or at least, a lack thereof. From a Western perspective, sex is perceived as an act of love and intimacy, but rarely as a means to survive. On the flip side, there are still people in developing countries who need to have as many children as possible because of low child mortality rates. Then there is South Korea. In 2018, South Korean women were having an average of 0.98 children compared to the estimated ‘replacement-level fertility’ rate of 2.1, making South Korea’s fertility rate one of the lowest in the world.

This can be attributed to young people’s decision to forgo dating, marriage and children, earning them the title of the sampo generation, which literally trans- lates to ‘giving up on three’. This lonely philosophy is not predominantly a product of anti-socialism as one might think. Rather, it reveals troubling aspects of Korean society and culture that must be rectified. Gender inequity has to be addressed in South Korea to fix low fertility rates. If this is achieved, women will feel supported and safe enough to engage in romantic relationships and become mothers.

So, what problems will this social attitudinal shift create in the future? If this trend continues, gross domestic product (GDP) growth will slow, and an economic crisis precipitated by a labour shortage will at some point occur. Such an event would in turn limit the availability of social welfare for those who need it most, such as senior citizens. This is an especially worrying prospect considering that by 2065, those aged 65 and older are projected to make up almost half the population. Even more disturbing are predictions by the South Korean government that its entire population will go extinct by 2750. It might be unthinkable, but certainly not impossible.

40 per cent of Koreans in their 20s and 30s have decided not to date for various reasons, with gender in-equity a key factor in many. Firstly, discriminatory attitudes towards women have discouraged both dating and having children. Expectations set upon wives and mothers are largely patriarchal. 46 per cent of married women aged 25 to 54 are considered full-time house- wives responsible for childcare and 80 per cent of the housework.

The treatment of women in the workplace is yet an- other factor contributing to the hostility surrounding having children. The BBC recently reported the story of Choi Moon-jeong, a woman who had to be hospitalised and almost suffered a miscarriage due to the stress caused by her boss yelling at her upon discovering she was pregnant. Even after returning to work, her boss continued to pressure her into quit- ting. There are multitudes of women facing the same neglect as Choi, but they’ve had enough. In rejecting traditions like marriage and bearing children that are so deeply entrenched into Korean society, as well as the collectivist notion of ‘saving face’ (that is, maintaining a sense of worth and honour to secure social acceptance), women are embracing Western individualism and challenging gender norms. Although this brave wave of feminism may sound like positive progress, it still fails to enact any consequential changes towards gender equality.

The expectation placed upon mothers is part of a much larger problem also impacting gender relations and romantic relationships. Incidents of revenge porn, voyeurism and sexual violence present a disturbing picture of a toxic patriarchal society. Many of these acts and attitudes manifest in relationships, with 65 per cent of voyeur photography cases in 2018 occurring between romantic partners. One tragic incident reported by The Guardian involved a young woman taking her own life after discovering someone had been filming her in a change room at the hospital where she worked. Moreover, youths’ perceptions about sex are largely moulded by pornography, with 67 per cent of participants in a Korean Women’s Development Institute survey saying they did not find sex education useful. It is obvious that South Koreans’ education about sex, women’s rights and gender equality is far from adequate.

The second principal factor driving this phenomenon is the economic strain placed upon young South Koreans. With the youth unemployment rate at 10.8 per cent and only one out of 10 graduates able to find full-time work, young people’s incentive to prevail in a highly competitive job market trumps their resolve to date. Even those who are employed receive low salaries and high work hours. Alarmingly, Koreans spent an average of 2,024 hours working a year in 2017. Comparatively, Canadians worked 300 hours less per year.

Previous government solutions have targeted key economic issues that exist within Korea. Notably, these include childcare subsidies, extended paternity leave and paid maternity leave amongst other things. However, aside from economic issues, the government has failed to meaningfully enforce change in the prevailing patriarchal culture that binds women to archaic archetypes. For one, significant progress can be made by first starting to close the gender pay gap. How does the government expect to encourage gender equality when its wage gap has reached 37 per cent, the highest of all 36 member states of the Organisation for Economic Cooperation and Development? Another step in the right direction would be to enact immediate change in how victims of online sexual abuse and workplace sexual harassment are supported psychologically and legally, as well as how sexual education is taught in schools. For example, the South Korean NGOs Coalition for the third Universal Periodic Review in 2017 advocated for introducing gender quotas, as well as punitive damages against employers in response to the encroachment on minimum wage regulations. By replacing a sense of taboo surrounding sex with respect, consent and understanding, young people may find that they feel safer when dating or starting relationships.

Toxic cultural and social stigma plague this fast-ageing population. The Korean government needs to feel the impact that seemingly low priority issues like the treatment of women will have on their country’s security and survival. Gender equality cannot be discounted as a top security priority. How today’s women are treated will inform the fate of millions in the future.