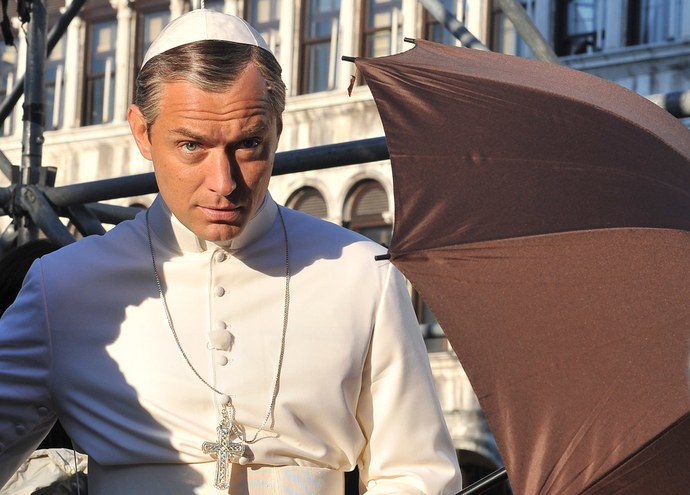 By the end of the 16th century, the Catholic Church was under siege. The Protestant Reformation threatened to demolish the foundation of Papal authority: the unquestioning obedience of the laity. The Church fought back with a reminder of that authority with which Protestantism’s bleak, tear-down-the-monasteries brand of introspective piety could not compete – the power, majesty and joy of religious art. A slew of painters and sculptors were patronised by the Roman curia, replacing the once fashionable Classical Idealism with a vivid new aesthetic – a concrete art to stimulate and reinvigorate faith. Among them was Michelangelo Caravaggio, now a regular contender for the title of ‘the greatest artist ever’. With a certain Italian bravado, he sought inspiration in the taverns and brothels of Rome. His Madonna was modelled on a prostitute, his John the Baptist on a tattered Roman street urchin and St Peter looks like the sort of wizened old Italian you might find outside a Melbourne café. The denizens of Caravaggio’s Bible are not legends or fables or metaphors, but lust and anger, and they suffer before us. After his death, the poet Cavaliere Manino would write about him:

Death burned with indignation,
Because however many more
His scythe would cut down in life,
Your brush created even more.

Caravaggio resurrected the characters of the Catholic tradition as people no less real than his audience.

But painting is a limited medium. Though a genius like Caravaggio can capture the whole history of an event in a single moment, it remains an abbreviation. Painting does not allow the experience of twisting and unfurling individuality that spans a life. To really understand a character, we need to see them change, and change demands time. The more time, the greater the effect. The characters of Hamlet cannot rival those of War and Peace. Those of The Godfather can’t stand up to those of The Wire.

Paolo Sorrentino’s The Young Pope combines a visual potency full of pounding colour and intricate framing inherited from his 16th century countrymen, with the subtlety and patience in character development enabled by television’s temporal scope. The series is built on a conjecture – what if the new Pope were neither an esoteric theologian, like Benedict, nor a tolerant liberal, like Francis, but a virulently fanatical, ruthlessly unpredictable, medieval-style firebrand? It’s a sort of twisted inversion of Dostoevsky’s parable of Jesus’ resurrection during the Inquisition – what if an inquisitor were to come back to today’s Church? What would he do? Like Caravaggio’s paintings, the meandering plot (with all its perplexingly irrelevant tributaries) and setting are a backdrop to what’s really interesting – the emotional and spiritual lives of people for whom Heaven is as much a matter of everyday life as Earth is.

Sorrentino doesn’t flinch in slowly exposing the vulgarity of his subjects; political cunning, hypocrisy, bigotry and pettiness abound, along with vulnerability, lust, shame and fear. Pope Pius XIII (Jude Law) is the paradigm of religious extremism, his foil – the Machiavellian Cardinal Secretary of State Voiello (Silvio Orlando) – one of ruthless utilitarianism.

But cynicism is easy and comforting in its simplicity, and Sorrentino’s real fearlessness lies in representing the world of the devoted as they see it. This is not House of Cards: Vatican Edition. Pius XIII is as confused and frightened as he is cruel and arrogant and the self-loathing of Voiello is genuine. Our world, mistrustful of organised religion, will be challenged not by the depiction of religious hypocrisy but of religious sincerity, and the forms that sincerity takes are legion. Each character manifests a unique and painful dialectic between worldly necessity and religious conviction. The Kingdom of God is fused to the kingdom of the Pope – theological dilemmas propel The Young Pope as moral and personal ones might propel another series. When the Italian prime minister brags, with Renzian confidence, about winning 41 per cent of the votes in an election, Pius retorts: ‘Now if you’d care to listen to me, I’ll show you that God exists. And how God and I can annihilate that 41 per cent of the population that makes you feel so cheerful’.

As A.S. Byatt writes, ‘The seen and the unseen world [are] interlocked and interposed. You could trip out of one and into the other at any moment.’ Sorrentino revels in the contradictions and anachronisms that line the border between these two worlds. Caravaggio would dress his figures in the outfits of his contemporaries – Jesus’ capturers, for instance, wear the armour of 16th century knights, not first century Romans. Sorrentino’s Pope Pius XIII smokes cigarettes and drinks cherry coke, he dons his papal gown to LMFAO’s ‘Sexy and I Know it’ and opposite the peasant-prophet Tonino’s shrine to the Virgin Mary is an open MacBook. Caravaggio’s fusion of the first and 16th centuries was audacious, but there was at least there was a certain spirit in common; Sorrentino’s blending of the Biblical with our own supposedly godless age is a rare and striking dynamic.

Sorrentino and Caravaggio each erect a bridge between the apparently archaic realm of religious mystery, and the rough, dirty, ethically sticky world of their audiences. The artists open up the emotional viscera of people who inhabit both realms, through whom their audiences are bombarded with a bloody, breathing theology. Caravaggio’s works are dazzling moments of inspiration; The Young Pope is a steep and thorny path of unwinding personality. Caravaggio worked to ensure that the Catholic Church’s position as the link between the Apostles and modernity should endure when that connection had become tenuous – Sorrentino stresses the endurance of religious and historical forces in a society that would like to dismiss them as something of the past – not only the intolerant, uncompromising faith of the young pope, but his sincerity and passion as well, which is perhaps more frightening.