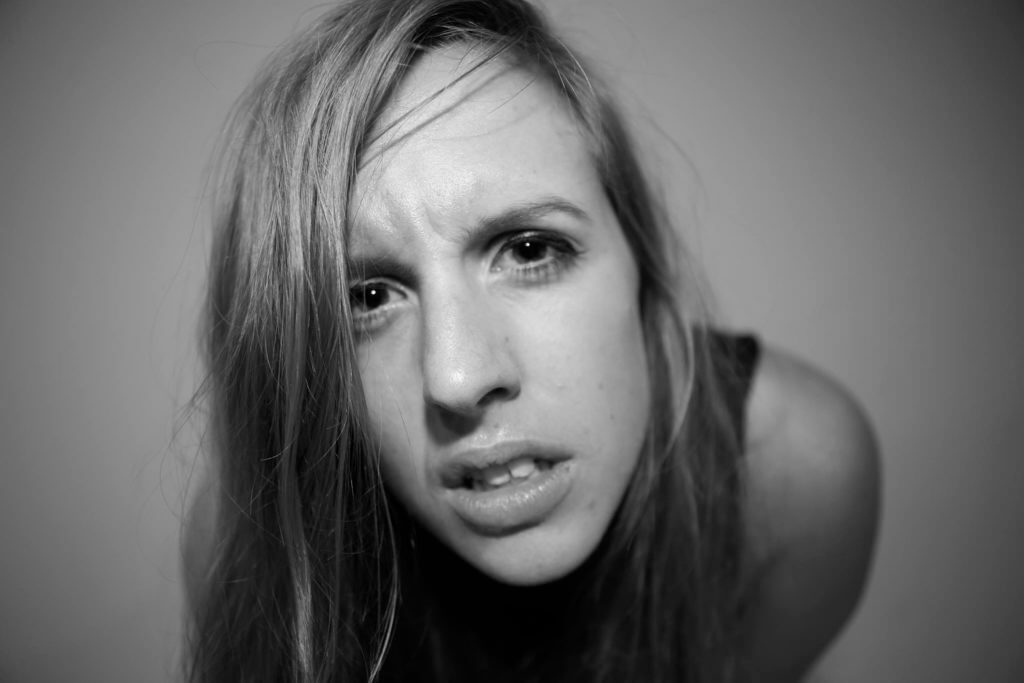 When life gives you lemons, you make lemonade.

Sarah Gaul has lemons a-plenty, but she’s given a big middle finger to lemonade and decided to write comedy songs instead.

26-year-old ex-ANU student Sarah Gaul has just wrapped up two nights at Polit Bar as part of her Comedienne tour, with 30 per cent of the ticket sales going to Beryl’s Place, a Canberran women’s and children’s shelter.

Before I begin, a quick caution: Polit Bar is a strange place. Gold chains and chandeliers stand out in an otherwise featureless room. With strange lighting and very dark booths, on any other night I would suspect the bar doubles as a brothel. For the night, however, it served nicely as a spot where Sarah could talk and sing intimately to her audience.

The show ran for about an hour and a half, with three brackets of four songs each. Although each bracket had titles like ‘men’ or ‘empowering’, I couldn’t really discern anything that actually thematically separated the three sections. Sarah describes the show as ‘intrinsically feminist’, and I think that’s an apt description.

The songs themselves mostly took the form of some kind of musical theatre/cabaret-style ballad, which got slightly repetitive. Similarly, the content of the songs tended to blend into one another. There were multiple songs about having a night to yourself on a Saturday, and a few ripping into ex-boyfriends. Don’t get me wrong, all the songs had hilarious moments in them, but I couldn’t help but wonder if Sarah could take the best bits of each, combine them into one 100 per cent gem, and shorten the act by a third or so.

By far the hit of the night was the song ‘party shirt’ – Sarah Gaul has figured out the algorithm of men’s fashion and exposed it for all it’s worth. A 40-year-old woman, in stitches, leant over to me to let me know that what Sarah said was true, and her son wears party shirts all the time. This may not seem like much – but if a comedian can spark a cross-generational dialogue with a complete stranger, without that conversation descending into a political minefield, then they’re doing something right.

All in all, Comedienne was a great night out. I’ll be the first to admit that musical theatre and cabaret isn’t high on my list of preferred genres and Sarah’s theme ‘the world is fucked, let’s sing about it’ did grow slightly tiresome towards the end. Nonetheless, Sarah’s witty lyrics and dry humour had me and the room keeled over plenty of times throughout the night. Keep your eye out for some shows coming up at the Sydney Comedy festival in May.