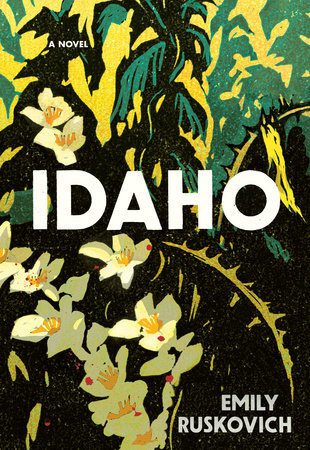 I picked up a copy of Emily Ruskovich’s debut novel Idaho on a whim from the small bookshop in my childhood town. The lady who sold it to me was quick to comment on the recently published book, telling me she’d just finished it on her lunch break, having been unable to put it down. Starting the book, I thought I could see glimpses of why. Within the first chapter, I was swept into the aftermath of a seemingly inexplicable murder. As I read, Idaho unravelled the complexities of the crime and ultimately explained what could lead someone to such an unthinkable act.

Idaho is certainly not a plot-boiler. The novel’s fragmented chapters jump across multiple perspectives and time periods between the 1970s and 2025. Rusovich’s writing seems less concerned with producing a cohesive narrative, and more with a deep exploration of memory and trauma. The dreamy, rural area of the eponymous American state is a landscape totally conducive to these themes. The isolation of its small cast of characters means that most of the novel is a richly written introspective account of the lives surrounding the central murder. Dialogue is sparse, with tension frequently expressed subliminally between characters. With all of these elements established early in the novel, it quickly became clear that Idaho was not the snappy murder mystery I was expecting. With so much of Idaho taking place inside the minds of its inhabitants, the novel is slow going in places. What keeps the work engaging is Ruskovich’s spare, yet evocative writing.

Despite its intensely literary style, Idaho never becomes self-indulgent, or descends into overly florid language. Ruskovich does not write in a convoluted fashion, but her sparse language is highly symbolic – the meanings behind short sentences almost always transcend the literal. This simple style conveys the utter bleakness of the lives of her characters. Although it would be hard to describe any of them as likeable, her portrayal of lives wracked by utter sorrow is startlingly realistic. The pain of the events leading up to, and proceeding the central murder is at times almost overwhelming, a testament to Ruskovich’s abilities as a writer.

I still cannot agree with the lady who sold me Idaho that the novel is impossible to put down. Ruskovich’s novel is gruelling, in its distressing subject matter and unconventional writing style. Despite this, the author’s incredibly transfixing writing makes the read utterly worth these trials. It’s hard to imagine this story of tragedy being written in any other way. The fact that this is Ruskovich’s debut novel makes the work all the more impressive. As long as you are not expecting a novel of neat ends, I would highly recommend Idaho.