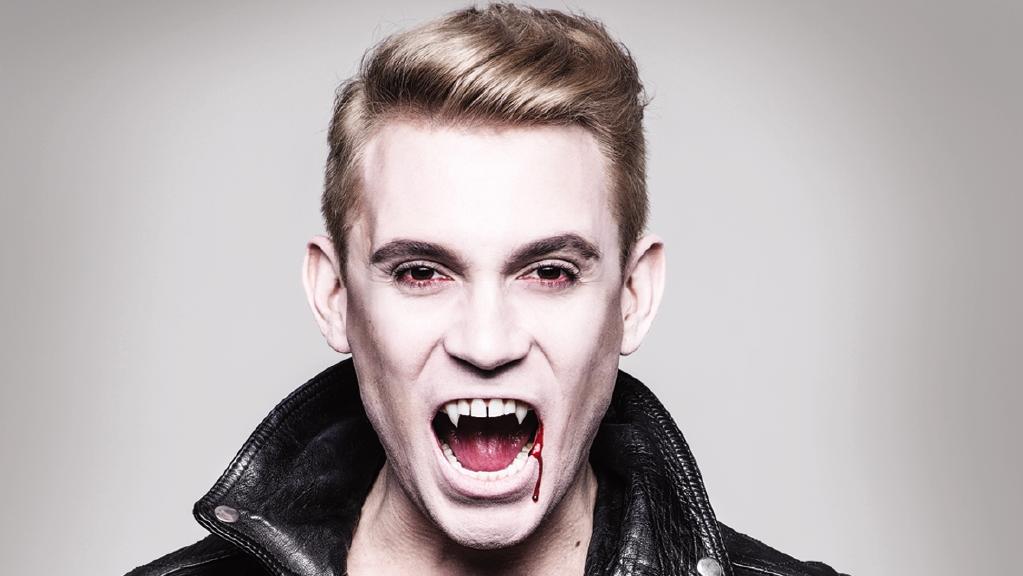 You would think that if you run with a big, bold story and chuck in an outrageously ambitious set with technically accomplished lighting, that you’d get away with a lot.

On stage, though, you don’t.

Shake + Stir’s Dracula, which is touring nationally after first premiering in Queensland in 2015, is bloody and boring. The script continuously falls flat and there’s little sense that, as a story, it matters.

Sadly, it doesn’t quite work. Dracula plays out in all its Victorian glory: of grand, pressing and urgent concern for the impending threat of immorality descending amongst us. And in doing so, they have produced an old-fashioned performance of entrances and exits, of lines being recited and of plot and action.

No intrigue, no sustained message, no subtlety.

Josh McIntosh’s set with a rotating inner component is very clever and Jason Glenwright’s lighting shows great awareness for the story, and almost makes up for the subtlety the play lacks in its careful approach.

Everyone gives a strong performance, a credit to director Michael Futcher. But the adaptation of Stoker’s novel by Nelle Lee and Nick Skubij, who also appear in the show, is stilted.

In 2013, Shake + Stir brought an adaptation of George Orwell’s Animal Farm to Canberra. In 2014, it was 1984’s turn. Those adaptations – produced by largely the same team – were intelligent, timely and never boring.

In contrast, it seems Dracula is a shift away from that highly physical, highly political, deftly intelligent theatre.

The team has taken on an irrelevant old classic and shown that it’s just that: irrelevant.