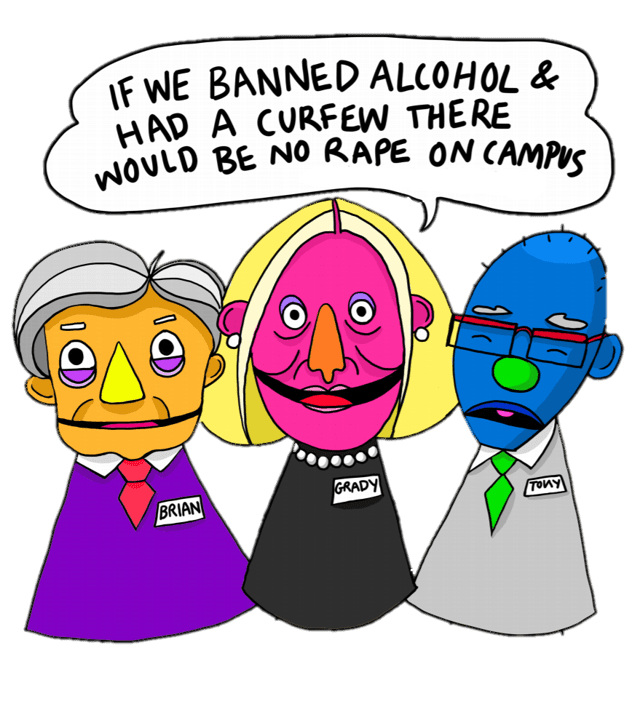 *Disclaimer: Woroni would like to acknowledge that since the time of writing, the ANU has taken a range of actions in response to the concerns raised in this article. Therefore, some of the information in this article is outdated and may have become inaccurate.

This year the ANU has opened two new residential halls and relocated two others. In light of this, the residential forum in Week 4 was long overdue. After months of advocacy from the Interhall Council and other student organisations, the ANU arranged for a one-hour forum in which students from all halls, lodges and colleges could provide feedback on their residential experiences. To put this in context, with the 10 halls at ANU this equates to only six minutes each to put forward every issue they had.

The forum took place on the top floor of Marie Reay, but the crowd of students could have filled Manning Clark. The tables were full and students lined the walls three or four deep, with Fenner Hall, Bruce Hall, Wright Hall and Wamburun Hall merch abounding.  Every table had a few feedback sheets where students could write what was going well and what should be changed. From what I saw, the side for criticism had far more writing.

The first half of the forum was dedicated to hall-specific recommendations. The opening suggestion was the re-introduction of deputy heads and was repeated by students from Wright, Bruce and Wamburun. Bruce Hall lost their deputy head when they moved location.  They were promised three on-site counsellors to replace the deputy head, as well as a review of the new residence to be completed before the end of Semester One 2019. This turned out to be an unfulfilled commitment, and there was no student consultation about the feasibility of building two new residential communities from scratch with only one head and, in Wamburun’s case, only one community coordinator. The loss of a deputy meant a huge increase in the heads’ workloads, and consequently diminished the amount of support available for residents. Halving the amount of full-time pastoral staff was a decision made without adequate consultation, let alone the lack of post hoc discussions with the affected halls.

Another recurrent issue was the lack of transparency or action around the Nous Review. To date, it was only made available to the heads of halls in 2018 and to no other residential staff or student leaders. This review, as acknowledged at the forum by Belinda Farrelly and Chris Grange, contained specific recommendations for dealing with sexual assault and sexual harassment in residential halls. No representative from the ANU gave an explanation as to why it had not been made available to the first responders to such incidents, such as staff and pastoral care leaders.

The call for true accountability for the ANU was made from every hall present. Students living on campus have been facing rising fees for years. In spite of this, there have been concurrent cuts to residential services and scholarships, and recently a contract extension of two weeks to begin next year. There were also requests for better fiscal transparency from hall management and the Division of Student Life itself. A Bruce Hall resident noted that the Division of Student Life receives hundreds of thousands of dollars of funding each year, yet provides comparatively little account of how that money is spent. Perhaps they can learn from the student organisations at the ANU that provide detailed information about their spending.

Accountability extended to the hidden disparities between halls, especially regarding pastoral care. UniLodge and Wamburun Hall have a ratio of 40 to 50 residents to each senior resident , while other halls enjoy the one to 25 ratio to which the vice-chancellor committed back in 2016. This level of disparity in pastoral care is unacceptable, especially considering the number of international students at UniLodge who are often most at risk of alienation due to language and cultural differences. However, regardless of the demographic make-up of the hall, there were calls from multiple residents for changes to the existing system.

The tone of the evening was one not only of frustration from students who were trying to make their halls better, but also of support from more stable halls. A student from Ursula Hall noted the conspicuous absence of Burgmann College, Ursula Hall and other established colleges who have deputy heads, the recommended ratio of senior residents to residents, and steady rent. As the student said, the best practice for pastoral care is common knowledge, and student demands to reach those standards are not unreasonable.

At the end of the forum, cutting into the hour promised to residents to voice their concerns, the ANU panel (Chris Grange, Tony Foley and Belinda Farrelly) acknowledged and replied to the issues raised. Grange made a commitment to create a system of student consultation on the changes that need to be implemented in the pastoral care system. He also stated that he would commit to finding the money for those changes. The idea of ANU Interhall Council (IHC) as a feedback mechanism seemed to be well-received. The panel identified the pastoral issues as the most critical issue, including the senior resident systems and the missing deputy heads and community coordinators. They acknowledged that the lack of these systems fed into issues such as sexual assault on campus and mentioned the need to implement the Nous Review recommendations. There was also a specific mention of another forum to be held within the next few weeks.

Finally, there was a lot of talk of working together and taking student feedback into account when making decisions. This sounds promising. However, considering the dearth of student consultation by the ANU in the past, these promises have to be taken with a grain of salt. As pointed out by a member of the IHC at the conclusion of the forum, the university has committed to some really progressive changes in the past. These commitments just haven’t been met.