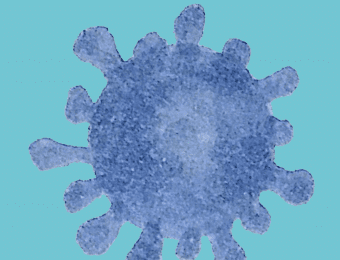 In January, it was fire and smoke. Now, it is silence and emptiness. In February, a month before Australia closed down, the chemist I work in was flooded with people buying masks and hand sanitiser. Every second person would ask for both and leave with thirty masks and five bottles of 70 per cent alcohol solution. We had to scramble to put limits on the amount people could buy and fight to secure stock that might be the next thing people decide they needed to hoard. We had people asking for toilet paper, pasta and things you would never imagine would be sold at a little chemist on the side of Northbourne Avenue. Of the little conversation I had with customers all they talked about was the virus, who was responsible for it, how the government was responding to it and above all, how afraid of it they were.

Even then, on the cusp of a nation-wide lockdown, I didn’t believe it would get this bad. I, like many others, assumed that these people were overreacting and that the world had changed and grown so strong that another pandemic like the one in 1919 could be easily and swiftly crushed. But then, one by one, my friends started to go home, my brothers came back from university and people seemed to vanish off the streets of Civic like they were never there. The night shift feels much longer now, and 7pm could be midnight. The people that do come in leave quickly and the front counter is cleaned so many times that it reeks of bleach and alcohol. And despite all this, I am far luckier than most.

The contagious, unpredictable and insidious nature of COVID-19 has meant that the only real way to fight the spread of the virus and save lives is for all of us, save some essential healthcare workers, to isolate in our homes for as long as necessary. This has killed most small businesses. Cafés, restaurants, bars, clubs, corner-stores and cinemas have all closed down as COVID-19 has taken their customers and their workers away. There is no way to run a restaurant knowing that in a time like this. All it would take would be for one person, chef, waiter or customer to infect the 100 other people who happened to be in that night. This same fear has meant that shopping malls, financial districts and recreational centres have all but shut down. Those that haven’t had skeleton staff have had people working from home. Hours have been cut, benefits slashed and wages reduced, depressing business activity. The COVID-19 has created a vicious economic cycle where businesses, who need trading and finance to operate, are cutting costs due to decreased revenue by laying people off. This in turn decreases the spending power of those workers who also serve the economy as consumers, further depressing revenue and decreasing the amount companies and individuals can pay to the government in tax.

Even though the official state of the economy will not be formally announced for some time, we are already seeing signs of the economic free-fall that COVID-19 will bring. The unemployment rate is forecast to reach 11 per cent by June, with some saying it could climb as high as 17 per cent. This is more than five per cent higher than the highest level recorded in Australia in modern times. The American Government has been advised that unemployment in the United States could reach 25 per cent by June, an increase of 22 per cent since February. This would be the highest rate of unemployment the United States has ever experienced, outdoing even the Great Depression. The Australian Government has predicted that the economy will shrink by almost 10 per cent by September, and that gross debt will reach $300 billion by the end of the year. The International Monetary Fund has predicted that 2020 will see the worst economic downturn since the Great Depression.

The world is past the point of preventing a recession. The only focus of politicians, economists and experts around the world is on stopping another Great Depression, which would take decades to recover from. Recessions can be brief and are generally localised to certain countries or, at worst, certain regions of the world. Those who have lost their jobs during recessions will probably have jobs again during their working lives. Depressions are world-wide, and the scars linger for generations. Most of the people who lose their jobs during a depression will never work again, such is the damage that these economic events do to workers and their families.

Since the dawn of the 20th century, the world has faced many crises similar to the one which presents itself to us now. In 1919, just after World War I, the world was plagued by the Spanish Flu, a pandemic similar to COVID-19 which infected over a quarter of the world’s population and froze post-war reconstruction before it began. The 1930s saw the Great Depression, which brought with it 25 per cent global unemployment and the steepest decline in living standards since records began. The world economy shrank by 15 per cent, and international trade halved. The effects of this global economic crash would last up until the start of World War II. Almost 70 years later in 2008, the world faced another economic collapse when the Global Financial Crisis (GFC) hit. Global Gross Domestic Product (GDP) shrank by one per cent, and governments passed unprecedented stimulus measures to bailout the big banks and stop the financial system from collapsing in on itself. The world survived each of these crises, but its politics and governance were forever changed. Each time the world has overcome an economic crisis like the one we are facing now, a political and ideological realignment has taken place.

In the 1930s after the onset of the Great Depression, the United States elected Franklin D. Roosevelt as president on the promise of a ‘New Deal’. This created social security as we know it today, and it led to the vast and unprecedented involvement of the federal government in the economy. The success of Roosevelt’s policies and the economic recovery that he delivered redefined political life in the United States for more than 50 years. Politics became split between those who favoured big government and those who wanted small government. Roosevelt went on to govern for 12 years, and his successors contributed to the expansion of civil rights, Medicare, Medicaid, government housing and the minimum wage.

The GFC split global politics on another dividing line. The greed and stupidity of the big banks, responsible for the world’s access to finance and credit, were bailed out by governments around the world from the brink of collapse. In the United States, despite these trillion dollar bailouts, the crisis, compounded by the loss of jobs due to the expansion of international trade, led to a deep recession. People lost their jobs in factories all throughout the industrial Midwest, while rich bankers all down Wall Street kept their jobs and seemed better for the crisis. The resentment towards these institutions and the federal government for protecting them has given birth to the anti-government, anti-elite populism which has taken over our politics. From President Donald Trump and Bernie in the United States, to Pauline Hanson and Prime Minister Scott Morrison at home, politics is now defined by an aversion to big government. The GFC seemed to tell people that the government would bailout billionaires and their banks before they would save ordinary people.

Now, we are faced with a crisis not borne in economic mismanagement or financial greed but in the deterioration of public health. This virus threatens to infect most of the world if we don’t put our lives and our economies on hold. The world will survive, but what will life look like on the other side? Will our politics change? Will our economy recover?

This crisis has required fast, efficient and coherent decisions, made by those who we trust on issues of public health, emergency governance and economic recovery. The response of the United States represents a unique failure to provide the leadership that the world and the American people need. The administration has surrendered all its authority to an ill-informed and narcissistic demagogue, who believes that he knows more about the pandemic than the doctors and nurses on the front lines. The president and his advisers are a direct result of the anti-elite populism, which was created in the aftermath of the GFC. By contrast, Australia has allowed its experts to run the response, taking the advice of people who are trained and educated to prepare for an event like this. Australia’s response has been slow and evolving but ultimately effective, and it has no doubt saved lives. Our government has never claimed to know more than the experts and at no point has the prime minister downplayed the threat of this virus, nor the effect that it will have on the economy.

The Australian economy will recover. Governments all around the world will move towards heavy intervention, like they did in the 1930s, to stimulate the economy and rebuild the workforce. A shift in our politics towards government and away from universally free markets and populism will see the government take more responsibility for the economy. The key role of the government in the aftermath of this crisis will be job creation, and we might see a return to the goal of full employment for the first time since the 1940s. Getting people back to work will reignite the economy by increasing incomes and creating more disposable income for consumers, catalysing spending. This could see the government proposing massive infrastructure projects and creating new manufacturing industries to increase employment. A government funded and supported full employment strategy could see people who have lost their jobs due to COVID-19 find new ones without waiting years and having to acquire new qualifications.

After this crisis has passed, with any luck (and I realise saying this in 2020 is a bit pointless) our politics and our economies will change for the good. Governments will use the opportunities that this crisis presents to build a better world. One day soon, people will come back to the restaurants, bars, clubs and shops they love and be reunited with their friends and family. People will (finally) stop buying hand sanitiser, we will meet again and 7pm won’t feel like midnight anymore.