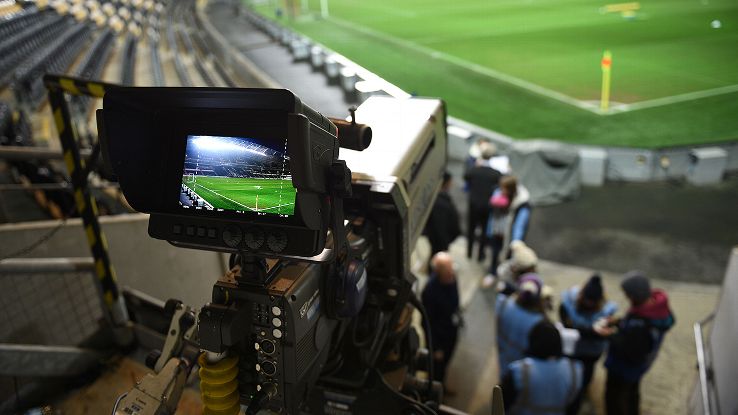 Paranoid Androids: Why Video Referees Are Not Always the Answer in Sport

The use of video technology in sport officiating has expanded rapidly over the past decade. In Australia particularly, out of the eleven most popular sports in the country, netball umpires remain the only officiators not to receive the support of technological aids at the elite level (and in this case it’s as a result of a lack of funding, not organisational unwillingness). Most recently, association football has initiated the use of video referrals in a number of top-level competitions — including the A-League — in the hope of having a system ready for the World Cup next year. While, almost universally, the introduction of greater technology into these sports has been met with support and enthusiasm, the ability of modern technologies to positively influence refereeing remains contested.

In certain sports, particularly those with large breaks between moments of action, the introduction of video technology has greatly improved the efficacy of officials. In tennis (where rallies are flowing yet brief), cricket (where each ball is followed by a lull in play as players reset) and American football (where an average professional game lasts for more than 3 hours but the ball is in play for around eleven minutes), video technology has been used to great effect. Umpires have been able to take their time to review decisions during breaks in play.

Further, in all three sports, laws are largely binary, and there is little space for interpretation. In tennis and cricket particularly, the laws of the game provide almost no scope for subjectivity: the ball is in or out, hits the net or doesn’t, the batter’s leg is in-front of the wicket or not, a nick of the ball is from the bat or it isn’t, a bowler’s toe is over the crease… and so on. While there is still room for argument in areas such as whether a sound picked up by ‘Snicko’ was contact between bat and ball or bat and pad, the rules are clear in what is lawful and what is not.

In American football, where laws may be interpreted a little more (though a look through the 2017 NFL rule book leaves you with unequivocal indications about what is and isn’t lawful during a game), not only are umpires assisted by technology, but also up to seven other officials. Hence, if we combine the two elements of these sports — that rules are largely binary and match events take place in short bursts of action (along with the fact that games of tennis and cricket can go on for many hours or days) — the case for technological aids become clear. Technological aids improve the effectiveness of umpiring as well as have little meaningful impact on the flow or length of the game overall.

However, this is not true of all sports; including those that have utilised technological aids for almost two decades. Take rugby league (and, by extension, rugby union) as an example. Initially introduced into the domestic game in 1997, video officiating has been a mainstay of elite rugby league competitions in Australia with only minor adjustments to its scope and configuration during that time (the biggest coming with the recent introduction of ‘The Bunker’ review system). Whilst the majority of rugby league fans support its ongoing place in the game (only 25 per cent of fans voted for a return to the single referee system during an NRL fan forum in 2015), its influence on referee decision-making and the pace of the game are concerning. Firstly, the nature of refereeing has altered dramatically. Referees are less likely to make a call themselves in case video replays show their decision to have been incorrect (even if the call was clear all along).

Not only are almost all tries scored reviewed — there were 753 reviews during the 2014 season — but, with the introduction of ‘The Bunker’ review system in 2016, most plays during the game are too. Moreover, even if the referee does not call for a referral, plays are reviewed to see whether they could be.

And players know this. They — particularly captains — continuously attempt to slow the game down for the purposes of review as they know that stoppages increase the chance of a decision being overturned or a play analysed. While referees still have discretion over whether or not to review a call, the lingering doubt created by player contention inevitably leads to referral-after-referral. Considering that video referee decisions can take two or three minutes at a time, this greatly slows down the pace of the game.

The worst part, however, is that the introduction of video referral systems in the rugby codes has not led to referee infallibility, but constant conjecture. Unlike in tennis or cricket, the rugby codes have interpretable laws and, despite high-tech match coverage, some plays can be missed or obscured simply due to a lack of camera angles or the congestion of the game itself. As a result, not all decisions are clear-cut, even when reviewed through video replays. During the second State of Origin game this year, for example, the opening try, scored by Maroons debutant Valentine Holmes, was allowed to stand despite video replays suggesting that he had run the ball out of play. There was insufficient evidence to overturn the decision of a try. Further, in an attempt to let the game flow like the first game of the 2017 Origin series, the referees interpreted certain rules more leniently. “We’ve got to make sure we abide by the rules that are in play on the day” grumbled Blues coach Laurie Daley at the end of the game.

And rugby league isn’t even the worst example. While the rules can be subjective and replays inconclusive, at least most plays involve two solid banks of players running at each other in a consistent fashion. Both Australian rules and association football dispense with these formalities. Spreading players out across over ten-plus square kilometres of space and having rules as subjective as the handball one in association football; whereby the official Laws of the Game define it as when a player ‘deliberately handles the ball’ — what constitutes ‘deliberate’ is anyone’s guess.

This is where technology in sport falters. In games where rules are interpretable and constant stoppages are to the detriment of the flow of a match, the constant interjections of video referees can be frustrating and inimical. In all of the recognised footballing codes in Australia — rugby league, rugby union, Australian rules and association — not only are rules regularly subjective, but the flow of the game is what makes them so exciting to spectators. Whether it’s in rugby league, where the game is “built upon all types of fatigue and speed and momentum”, or association football, where the cadence of the game is almost entirely unbroken for 90 minutes, constant stoppages impede upon fan enjoyment of the game.

Video referrals not only increase these breaks in play, but they fail to lead to consistently correct decisions due to the non-binary nature of these games’ laws.

So perhaps when we see (or contribute to) social media frenzies about refereeing we need to take into account that maybe nobody’s right. Rules can be interpreted, technology does not make every action clear cut, and fans, players, and coaches love an opportunity to complain (particularly following a loss). Whilst the introduction of technology into officiating has — in many cases — led to an increase in the accuracy of decisions, in others all it has achieved is the slowing down of the game and the heightening of debate by commentators bolstered by the notion that referees should now be infallible.