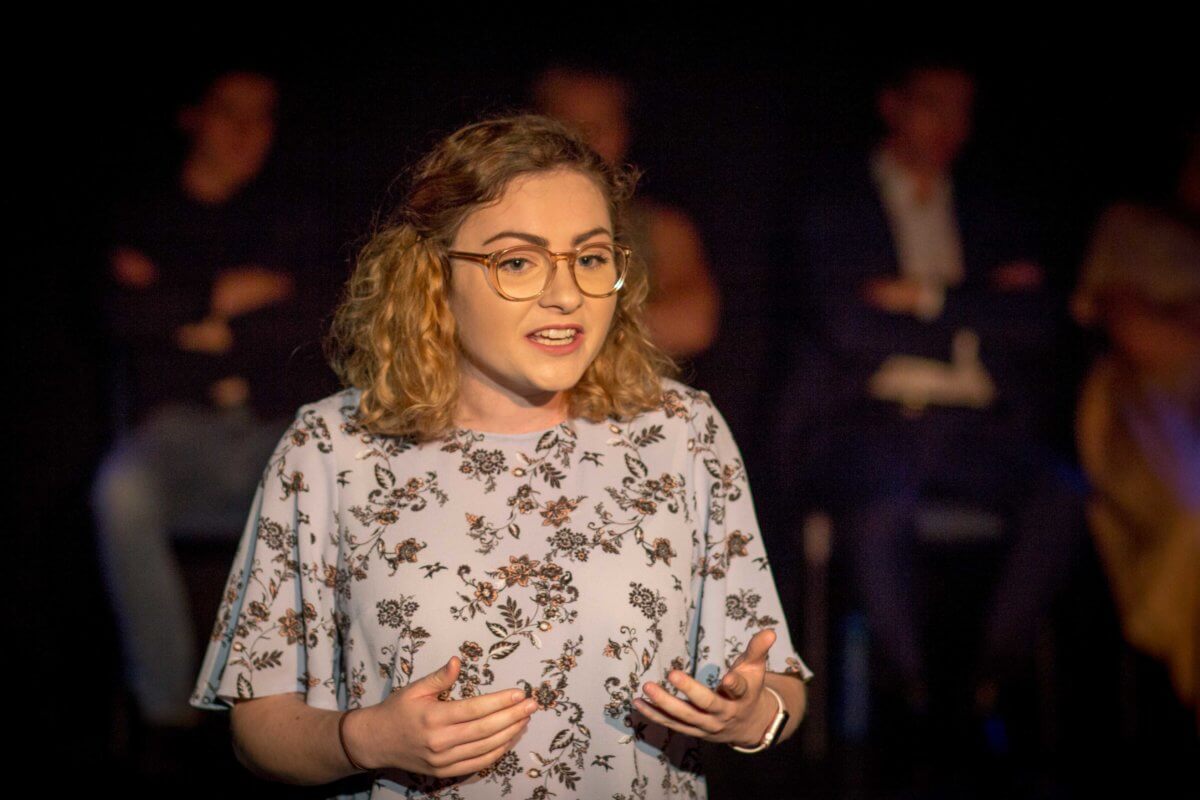 Paper Cuts, Or A Cut Below

Paper Cuts may be a charitable celebration of local Canberra talent, but makes for a frankly painful two-hour runtime.  The night was described by emcee Jasper Lindell as a ‘theatrical book launch…or is that a book launch with theatre?’ This comment aptly summarises the identity crisis faced by the production.

Kirsty Budding, a familiar figure in Canberra’s theatre community, has published a 36-piece collection of ‘comedic and satirical monologues for audition or performance.’ This production features almost all of them. The audience was presented with 30 (!!) whimsical monologues, with topics ranging from ‘man waits a long time for wife to get ready!’ to ‘grandma gives sex advice!’ to ‘law students!’ While the material is decent, each piece is very similar tonally – the skits began to run into each other by monologue number 17, as the audience was hit by the same beats over and over and over again. Observational humour can only stand on its own for so long: by an hour and 20 minutes in, I was fidgeting.

In fairness to Budding and her actors, the night only fell flat due to the format of the show. Paper Cuts is intended to be a resource for actors of all ages, and not something read cover to cover. The night could have shone if it was framed more explicitly as a book launch, with a handful of performances to demonstrate Budding’s efforts. It’s difficult enough for the song and dance of uni revues to retain audience attention over a two-hour runtime. Being presented with 30 slight variations upon ‘light-hearted humour rooted in realism’ tests even the most patient of audiences.

Indeed, the actors delivered their pieces well across the board. There were sweet moments, genuinely funny peaks, and some stand out performances. Phillip Mackenzie was endearing as an earnest old bloke going after Gertrude in the retirement home; Jaslyn Mairs gave an incredibly crisp performance in ‘Bitch’; and Cameron Thomas was a knock out in the closing stand up number. Individually, there was nothing wrong with the performances. It was only taken as a whole that the night was a slog – the audience was left overwhelmed, feeling like a drained judging panel after witnessing hours of auditions.

At the end of the day, the production simply isn’t worth the $25 door charge. While the actors should be commended for their individual efforts, and Budding congratulated for her publication, the overlong format of the night ultimately let down their work.

Paper Cuts was performed at the Canberra Theatre Centre until Saturday 23 December. The paperback can be purchased for $20.