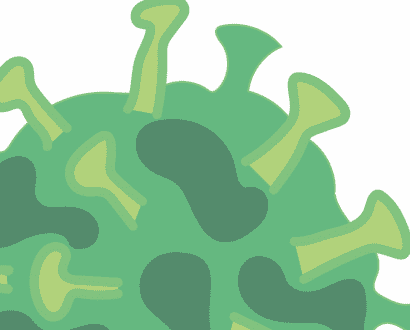 Our Great Test and our Great Opportunity

“There are decades in which nothing happens, and there are weeks in which decades happen.” That insight can be attributed to Vladimir Lenin, a historical figure who may well be described as the personification of political upheaval. The first months of 2020 may not be in the same ballpark of catastrophe as the Russian Revolution, but Lenin’s aforementioned insight is certainly apt to describe the events of 2020 thus far. Such dramatic interruption to our relatively comfortable way of life in Australia is striking, and almost surreal. A glaring truth has emerged: few of us have lived through anything like this.

In Australia, our year began with an historic bushfire season. The last fires in New South Wales were still burning when Australia recorded its first coronavirus death on March 4. Despite a stressful beginning to the year, many remained optimistic that life would otherwise continue as normal. The cataclysm unfolding in Wuhan was far away and seemed like just another distant tragedy. While news reports around the country commended the heroic efforts of our firefighters and criticised the actions of politicians, a greater threat continued to incubate overseas. Few anticipated that the Black Summer would be almost immediately succeeded by the arrival of an incur- able pathogen from China. Within weeks, Australians found themselves subject to a near total civic lockdown.

The rapid progression of events over the last two months has certainly come as a shock. The media has spilled much ink conveying this drastic change of circumstances. I have noticed a particular idiosyncrasy in news coverage of the Great Lockdown thus far: the inclusion of the word ‘unprecedented’ in what seems like every second or third headline. Though it is true that the COVID-19 crisis is novel in many ways, a brief revisit of modern history will reveal that it is not truly without precedent.

So, why is all of this so starkly unfamiliar to us? I would contend that the reason is simple: few alive in 2020 can find a close analogue to the present crisis in their lived experience. Most 21st century Australians will remember recent epidemics, but nothing that can hold a candle to what COVID-19 has already become. H1N1, SARS, and MERS were global problems, but Australia was largely insulated from their worst effects. Nor has Australia suffered a severe financial crisis in recent years, having emerged relatively unscathed from the 2008 Global Financial Crisis (GFC). Even those who remember the recessions of the 1980s and 1990s have not witnessed six million Australians effectively lose their jobs overnight.

From a social perspective, that is what makes this coronavirus different for Australians. None of us have lived through a crisis-level pandemic. The 1918 Spanish Flu, the most recent pandemic to devastate Australia, occurred a century ago and much has changed since then, in medicine and in general. This experience is as new to older generations as it is to us, and that is certainly a rare phenomenon. If one examines Google search trends, one might notice a sudden spike in worldwide searches for the terms ‘Spanish Flu’ and ‘pandemic’ beginning in February 2020. By contrast, searches for ‘recession’, ‘GFC’, or ‘global financial crisis’ have risen in recent weeks, but not nearly as explosively. This is observation, not scientific inquiry, but it can reasonably be said to demonstrate if nothing else that public curiosity of the Spanish Flu is greater than that of the GFC.

What can we make of this observation? Presumably, people search things on Google to investigate them, even if the extent of that investigation is to half-heartedly skim a Wikipedia article. This escalation in interest is ostensibly a comparison of the current pandemic with a historical analogue. That, in itself, is fascinating – millions have turned not to collective memory, but to history, to better understand the crisis the world currently faces.

To refer to history to understand the world around us is to transport ourselves to a dis- tant time with a different context. The world of 1918 was markedly different from ours, but perhaps not to the extent one might expect. It is true that medicine, transport, and information technology have evolved rapidly since then, and that the Spanish Flu is not a perfect comparison to COVID-19. Yet both pandemics share essential characteristics. Although the world in 1918 was a far less connected place than it is now, millions of servicemen and women were travelling all over the world to fight in the First World War and its successor conflicts. A gloomier observation is that many world governments are no more trustworthy in 2020 than they were in 1918. A century ago, governments suppressed the extent of the Spanish Flu to preserve morale among their war-exhausted citizenries. Just as that pandemic was named after neutral Spain by the governments of belligerent countries in order to disguise its true origins, world leaders have blatantly attributed blame for COVID-19 to other countries. Authoritarian governments have lied to mask their own culpability and incompetence, with detrimental effects on the medical response to the crisis. Thousands have consequently suffered and died. The cascading effects on the world economy will hurt exponentially more. The lucky society of 21st century Australia, which has collectively known little but historic peace and prosperity, is finding itself a victim of rapidly unfolding history.

We can expect that the consequences of this pandemic will be mixed at best. Though it now seems that Australia has already seen the worst, cautious voices warn of the risk of a second wave of COVID-19 – just as occurred in the case of the Spanish Flu. Whatever happens, the global death toll will increase but every epidemic has an eventual end. The festering wound that COVID-19 leaves on global society will remain long after the pathogen itself runs its course. The most obvious consequences will be financial. The IMF has predicted that the recession we are now entering will be the worst financial crisis since the Great Depression. If that comes true, we can expect to live through a trying time indeed. For all of its flaws, the world economy as a whole has been remarkably resilient since the Great Depression ended with the adrenaline shock of the Second World War. This is to say nothing of the potential for many un- stable nations around the world to implode under economic and political pressure. On the domestic front, our relations with China are entering new territory. A generation of young Australians who have known nothing but peace and prosperity are now contemplating the prospect of a lifetime dealing with the consequences of COVID-19. Predicting the future is tantamount to shooting in the dark in the best of conditions, to say nothing of our present situation. Four-figure daily death tolls are not typically seen in headlines in first-world countries.

Yet not all is bleak. A fatalistic view of history would suggest that each generation is destined to suffer eventually. As morbid as it sounds, we can expect war, depression, and pandemic every now and then. Tragedy is an inherent feature of history, but does not define it. Australia is well placed to watch history transpire around us from a position of relative strength. As confining as our social quarantine is, our doors are not being welded shut. In all likelihood, our economy will not collapse, and our death toll will not number in the thousands. The challenge we face will probably be not quite as unfortunate as the Spanish Flu or the Great Depression. For all its abruptness, it has not begun with a world war. Ideally, it will not end with one. Instead, we will likely witness a rapid evolution of our society. Crisis shines a powerful blacklight on any system and catalyses change. For better or worse, we have an uninvited opportunity to witness the evolution of the post-coronavirus world. The community response in Australia has already been significant. Everyday people have been moved to evaluate how their everyday actions affect fellow citizens, and all sides of politics have largely cooperated to act for the greater good. It would be presumptive to speculate precisely how COVID-19 may affect our society in the long term, but communal unity and accountability are reassuring foundations to build on. Adaptation is the mechanism of survival, after all.

It goes without saying that this is just the beginning of a difficult time. Even in a country as fortunate as Australia, great trials lay ahead. For those of us born in the late 1990s, it will be the first great test of our generation. It will be a defining experience.

With that said, there may be a silver lining to all of this. The opportunity to experience history in first person is one that comes once in a blue moon. Our older generations saw worse, and gained strength. This experience will cost us wealth and comfort, but if we face it with conviction, it will enrich us.