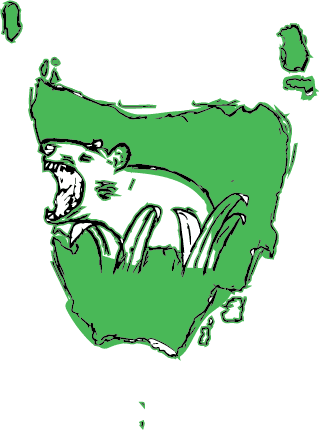 From 13th-24th June, Hobart’s waterfront was lit up, or for some, desecrated, by a number of large neon inverted crosses. The stunt was a part of Tasmania’s annual mid-winter Dark Mofo festival, which features headline musical acts and large art installations. Hosted by the privately funded Museum of Old and New Art (MONA) located in Hobart, the festival is centered on pagan and gothic influences and thrives on the weird and wonderful of the art world. It also thrives on controversy. This year, many argued, MONA owner David Walsh and Dark Mofo curator Leigh Carmichael took it one step further with their crosses. People were offended. Grandmothers were offended, Christian groups were offended, people wrote in swathes to The Mercury to express their anger. Even the Mayor of Hobart Ron Christie weighed in, questioning the continuation of City Council funding for Dark Mofo. A change.org petition calling on Christie to take down the crosses reached nearly 20,000 signatures.

This isn’t the first time Dark Mofo, or indeed MONA, have courted controversy. From its birth in 2011, the museum has run into criticism over everything from its The Great Wall of Vagina to the Cloaca Professional, which simulates the stages of digestion culminating in professionally made faeces (complete with realistic poo smell). Dark Mofo, which began in 2013, and started off as little more than a light display, has become one of Tassie’s enduring divisive issues. Last year, anger erupted over Hermann Nitsch’s 150.Action, a performance using the meat and entrails of a slaughtered bull. The annual nude solstice swim was nearly cancelled in its first year, but now sees record numbers of brave naked Tasmanians running into the freezing depths of the Derwent River.

The criticism thrown time and time again at MONA and Dark Mofo is that it’s offensive for the sake of it. That it isn’t really art. And the recent criticism in Tasmanian media suggest some think it has no value for the state.

In considering Dark Mofo’s place in Tasmania, one first needs to look back on the development of the state. Incest jokes and the infamous question ‘where’s your scar? (implying surgery to remove a second head) mask a very real lack of understanding of Tasmanian culture. The state was, until recently, a very conservative one. Until 1997, Tasmania had the harshest punishments for LGBT+ activity in Australia. It had limited diversity. It was set in its ways, and a small-town vibe dominated. When I moved to Tasmania from one of England’s most diverse cities in 2011, I found a state eager to throw off its stereotypes, desperate to confront head-on its often-hideous history. In Hobart, there was a city that had the potential to become one of Australia’s cultural hubs.

And it has certainly achieved this. The state’s calendar is peppered with cultural icons, including Agfest, Party in the Paddock, the Festival of Voices and Falls Festival (hosted in Marion Bay, which is often considered the most easy-going of the Festival’s four locations.) In Tasmania you can (don’t argue with me on this) sample Australia’s best avo toast, try the most inventive coffee, and stuff your face with gourmet cheese and meat. The state is exploding with tourism.

No one thing has changed Tasmania’s landscape as much as MONA and Dark Mofo, as well as the summer Mofo event. Controversy aside, MONA and its festivals have forced Tasmania on to the cultural scene. Mona has got mainland Australia talking and, crucially, is a hot-spot on any tourist’s itinerary. Dark Mofo persuades visitors to cross the Bass Strait not only for big names like St. Vincent, Zhu and Antony and the Johnsons, but for the whole package. Dark Mofo has a distinct feel, a flavour. Come dusk, Hobart is lit up in an eerie red. The city feels a little bit alive and a little bit dangerous. People descend on the waterfront to seek out the large light installations in unprepossessing warehouses, stand around open fires and splurge on Tassie’s home-grown food at the Winter Feast. Dark Mofo whips the state into a gothic frenzy.

On the issue of the inverted crosses, I am divided. On the one hand, the crosses were an easy statement to make to rile Christian groups. I doubt that Carmichael and Walsh could have got away with so flagrantly mocking other religions in that way. On the other hand, Dark Mofo thrives on being provocative, getting people talking. As Carmichael told the ABC, provocation is ‘part of MONA’s DNA’. Surely, the purpose of art is to get people to think, to question, to consider. Maybe even to make them angry. People viewed the crosses in a host of different ways. Whilst some were immediately offended, others noted they are reflected the correct way in the water. Hobart Pastor Kim Valentine told the ABC that, as St. Peter was crucified on an upside-down cross, maybe it was a sign of ‘humility’. Each person experiences Dark Mofo in a personal way, draws their own conclusion. And that’s what makes it so valuable to the Tasmanian cultural scene.

Too far for Barr?