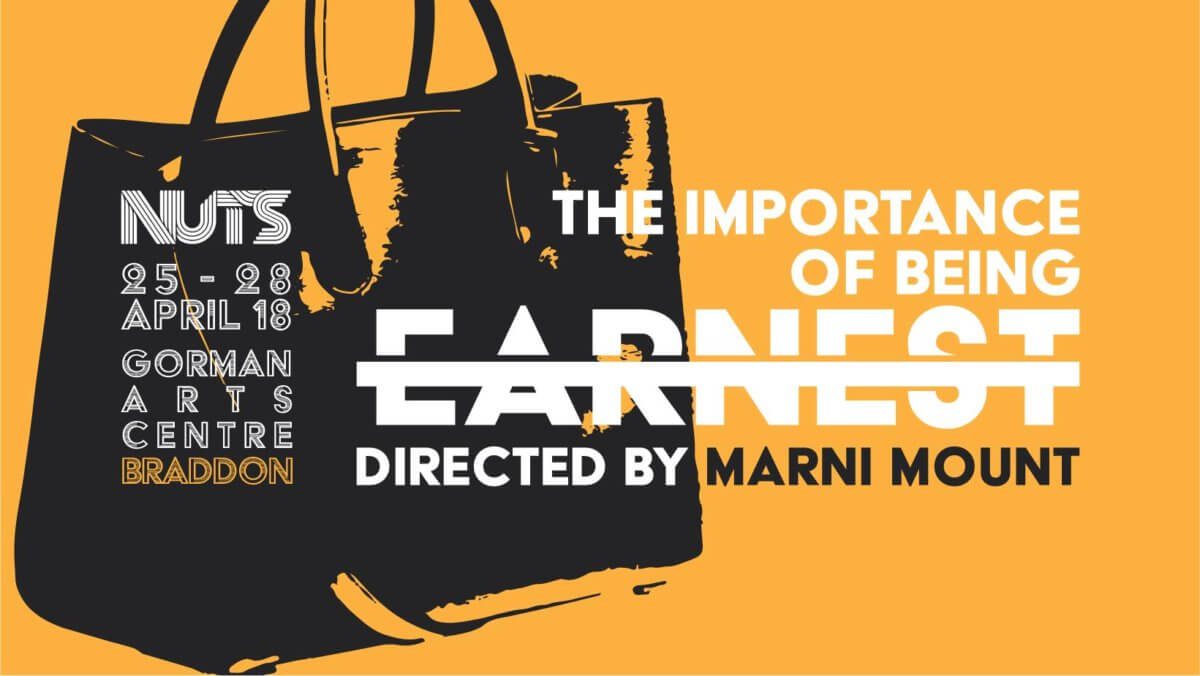 NUTS’ The Importance of Being Earnest is a crowd-pleasing success.

The National University Theatre Society’s (or NUTS) latest stage production is The Importance of Being Earnest. This faithful adaptation of Oscar Wilde’s classic work sees Marni Mount making her directorial debut. The timeless production had many reliable laughs, which were all aided by the excellent execution by the cast and crew.

For those who aren’t familiar with the play, it follows the shenanigans of Jack Worthing and Algernon Moncrief as they both adopt the name of Earnest at various times to their own advantage. Written and set in the late Victorian era, the play satirises the social conventions and structures of the day, including class and marriage. I was already familiar with the play, so it was quite enjoyable to watch as newcomers reacted at the various twists and turns: there were even some audible gasps at the final reveal!

The best review for any comedy comes in the shape of the audience response, and with this in mind this production is a roaring success. The laughs and cheers were frequent, and the audience seemed thoroughly engaged throughout the two and a half hour performance time (including interval). It is amazing to see how a play first performed in 1895, and with a focus on outdated social obligations, can still connect with modern audiences. It is not that there are pervasive themes that are necessarily relatable in the 21st century, but rather the enduring wit of an icon such as Oscar Wilde continues to be humorous to this day. Some of the comedy even finds a new source of humour, which is best exemplified by Algy’s disgust at the thought of being sent to Australia.

The acting was all-around wonderful. However, the stand out for me was Dylan Van der Berg’s Algernon, whose comedic timing was spot on. Cameron Allan’s marvellously over-the-top portrayal of Lady Bracknell also received a great deal of laughter. Claire Holland was excellent as the butler Lane, also getting lots of laughs through her delivery of limited dialogue.

The staging was simple but effective, with a clever set up even allowing two sets to be utilised at one time. The prop work was also well done, considering the large amount of tea drinking and sandwich eating taking place.

While there was nothing particularly new or different about this production, sometimes it is best not to tamper with a classic such as The Importance of Being Earnest. The quality of the production is a testament to the director, Marni Mount, who did a wonderful job in her first time in the director’s chair. In short, this was a faithful adaptation of a very high standard, and for anyone looking for an enjoyable evening of comedy, I would recommend getting a ticket before they sell out.

NUTS’ The Importance of Being Earnest is on at the Gorman Arts Centre on the 25-28 April. Session details can be found on the production’s Facebook event.