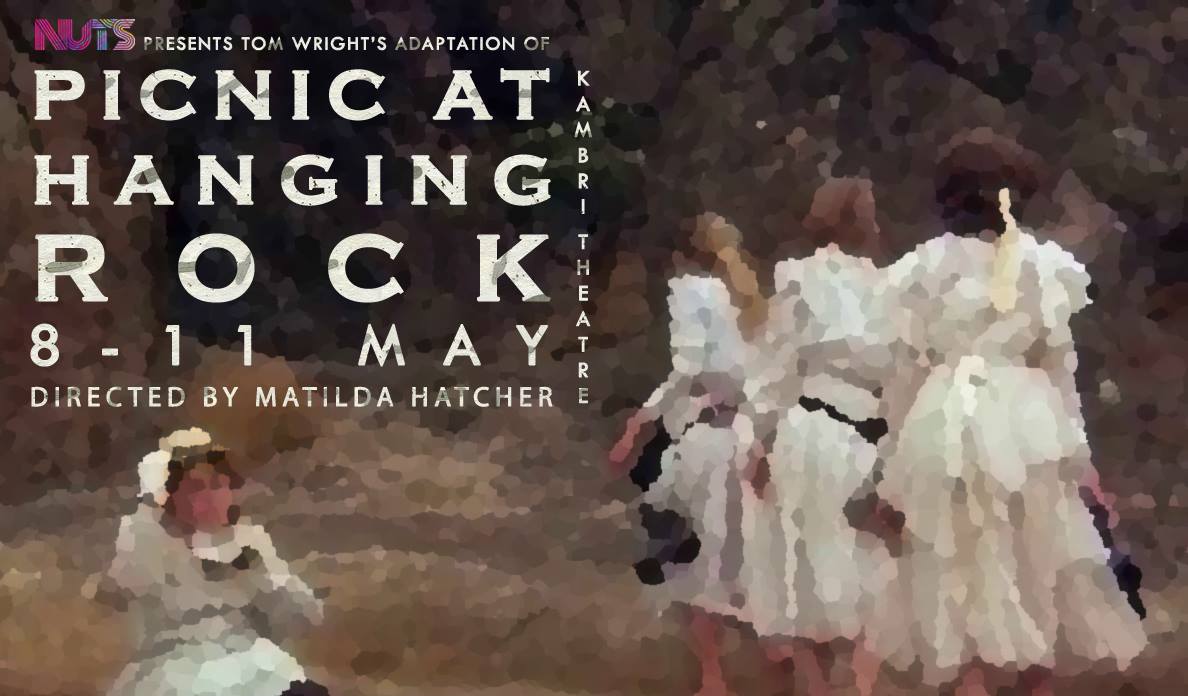 A gothic mystery like no other, ‘Picnic At Hanging Rock’, has hit the ANU Theatre scene. This is the National University Theatre Society’s second production under this year’s theme, “This is Our Youth”, and this Australian classic featuring adolescent characters fits the bill. As directed by Matilda Hatcher, the mystery of the story is enhanced by the movement of the characters against the backdrop of an eversame Australian bush.

The classic Australian story set in the outskirts of Melbourne at the beginning of the 1900s is about a group of schoolgirls that go missing, and the subsequent questions and self-torture that those who are left behind go through. Not only a mystery, the story also has themes of femininity, belonging, and touches into the colonial experience. In my opinion, it is never not timely to question the validity of colonialism, especially looking into our own history as Australians, so this play is always going to draw me in. What left me in awe was the solid production put into action by Hatcher and her cast and crew.

The all-female cast did an incredible job at embodying a vast array of characters, at times spontaneously swapping between them while providing both narrative and dialogue. This took a little getting used to, but after a few minutes the hypnotic effect had me hooked. The physical weaving and chant-like delivery of lines, doubled with the fluent changes between characters, was intoxicating – you felt as drawn to the omnipotent Hanging Rock as much as the girls did. This effect is no doubt owing to the direction Hatcher, who also makes her debut in the role.

The set was artfully decorated, with some impressively sized trees in the background, and, in typical student theatre fashion, an up-cycled three-legged cabinet with a prosthetic leg tacked on. There was perhaps an over-use of blackout between scene transitions. I did overhear some audible sighs where I was seated, although that could have also been due to the fact that the woman behind me was providing fervent commentary in a whisper fit for the stage. The judicious use of sound effects – the whistling of the Australian bush, the ticking of a clock – must be commended for providing the atmosphere of mystery (despite the faint thump of the bass from the Meg Mac concert in the next room). Some surprising comedic moments balanced the slow, inevitable descent into total desperation that was epitomised by Anna Burnard’s portrayal of schoolmistress Appleyard. I almost felt guilty, spying on her as she unravelled, but I was stuck on every word.

As someone who is well-acquainted with the original Joan Lindsay novel, I felt the centrality of Miranda – as an ethereal, cult-leader-like figure whose hold on the people around her is non-transient – could have been lost on those who were unfamiliar with the story. However, the fact that any of the women on stage could have been Miranda at some point added to the atmosphere of mystery rather than detract from it. Through the movement sequences, I found myself constantly looking for Miranda – in a way reminiscent to how the character Michael Fitzhubert (whose exasperation was superbly captured by Marni Mount) obsessively searches for her.

A wonderful student theatre production that highlights the Australian voice, as well as those of women (hurrah!), make sure you don’t miss out on seeing it.

‘Picnic at Hanging Rock’ is at the Kambri Drama Theatre for two more nights (10th & 11th May). See the Facebook event for more details and to buy tickets.