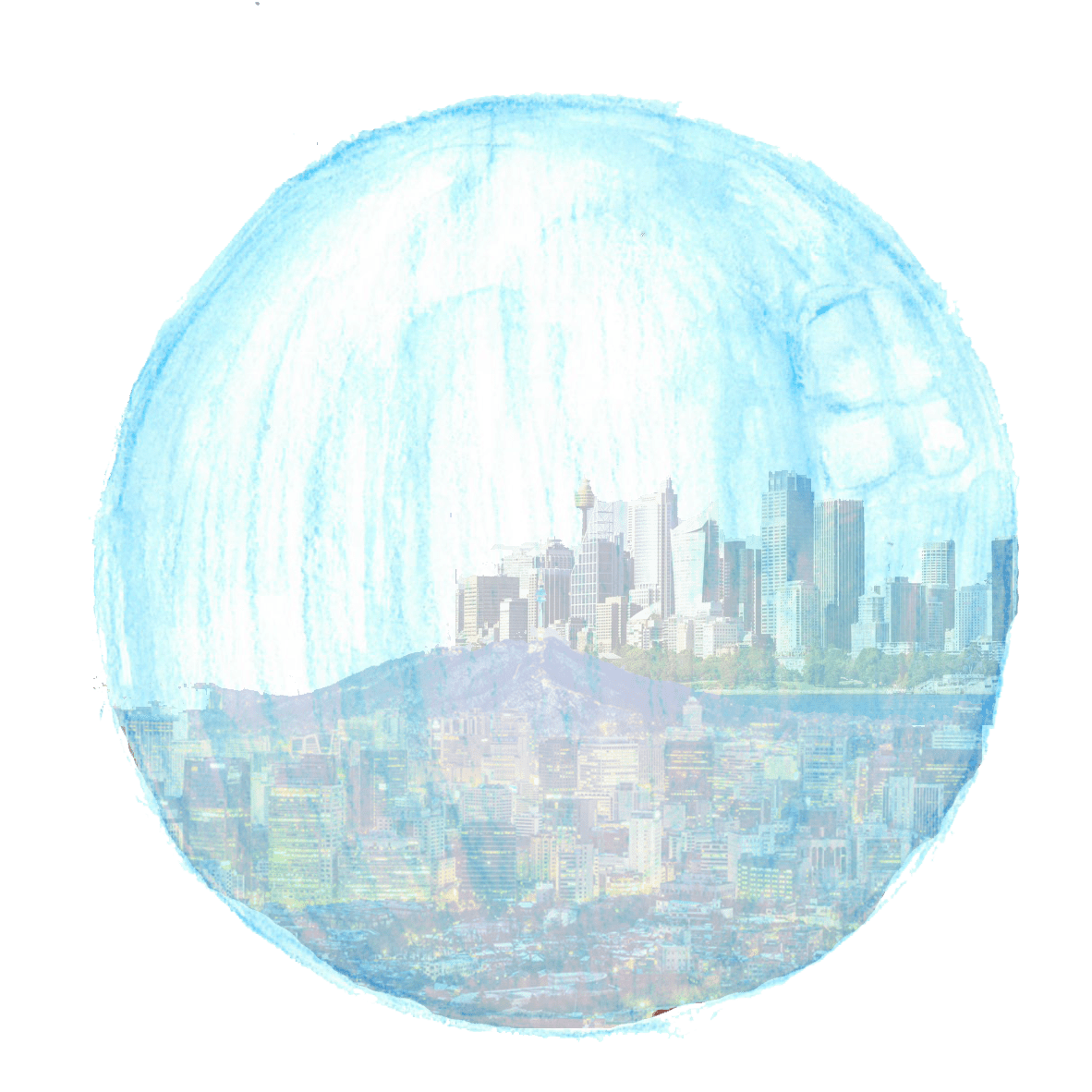 I was born in Seoul and after attending my first year of primary school; my immediate family immigrated to Australia. Though I didn’t understand and appreciate at the time, this honed my eyes to see the world with just a bit more understanding and acceptance than if my whole youth was spent in one country. As I grew up, I started to notice things that I favoured and disliked in the two cultures, and felt that I could critique certain aspects of each culture.

One of my most shocking memories was when I was teaching Korean to a friend of mine who had grown up in Australia in a traditional European family. He asked me, ‘How do you write ‘f’ in Korean?’ and I told him that we had no such sound. He shot me a quizzical look, and asked me how Koreans pronounce words with the ‘f’ sound in it, and I told him that we had none with that sound. His sheer confusion at that, having grown up knowing only one language, was so shocking to my young self. How could anyone expect that all languages share the same sounds?

Another poignant memory I have was when I was watching the morning news in Australia, after the budget had come out. The news host walked up to Joe Hockey, touched him on the arm, and said, ‘Congratulations on the new budget mate’, and walked away. Nothing prepared me for such a culture shock. How could a news host talk so amicably with an elected representative, who held such a high position within the government?

I was used to austere, sombre conversations whenever it came to government officials.
Australia showed me that the individual carries immense value, regardless of gender, race, socioeconomic status, or political views. The mere fact that they exist gives them value, and this is represented in Australia’s excellent social security system. Korea showed me the value of a people. Koreans are bound together by a historical struggle among powerful neighbours, which provides the basis for a social glue that Australia just does not have. It allows individuals to care for each other in a way that is not found anywhere else, and cements national pride and patriotism within the people.

This has, however, opened my eyes to how narrow-minded I am. How much more aware would I be if I were familiar with three cultures? What social undertones have I just taken for granted, from my mighty perch of having lived in two tiny microcosms within relatively wealthy, democratic nations which both bow down to the US?

It turns out that I do not even know these cultures as well as I thought I did. Max Koslowski recently wrote an article in Woroni titled ‘Why Neo-Nazis love Taylor Swift’s New Hit Single,’ which was a gateway into the world of the alt-right. Their articles and columns had high volumes of traffic and served a huge community by expressing their fear and anger about what their world has become, and what it will become. It was a subculture I had merely dismissed as a group of racist American fanatics complaining about the world, but it is too large to merely ignore. I found that similar communities exist in Australia. The Dingoes, for example, is a large news network that collects angry opinion pieces about how globalisation is ruining the Australian way of life, how white Australians are being oppressed by migrants, and other questionable opinions.

One person cannot possibly experience every culture and way of thinking. My brief time sub-editing for Woroni has reinforced how very small my bubble is within the ANU community, and I shudder to imagine how small that bubble looks within the scale of the world. I think we are incredibly fortunate to be living in a society as multicultural as ours. It gives us the opportunity to have our opinions and preconceptions questioned in a way only another cultural background can; to stretch out our bubbles just a little further, and show us how big the world actually is.