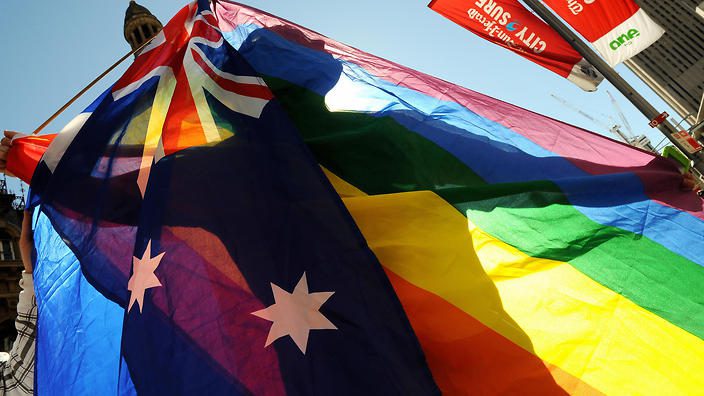 Marriage Equality – Words of Wisdom from Debates Past

At the end of the 1990s, Australia very nearly became a republic. There was widespread public support for the change, and at the close of the decade a referendum was held on the issue; however, the proposal was ultimately voted down. Perhaps most importantly, Prime Minister Paul Keating – known otherwise for his verbal dexterity and withering personal attacks –

had given the idea of a republic a boost during his time in office. He did this through initiatives enacted by his Labor government and through his speeches, describing his vision for Australia.

As with the marriage equality survey being held this year, campaigners on both sides of the republican debate put their cases to the Australian people. In the midst of our present debate, one speech stands out as worthy of rehearing. It was delivered at the National Press Club in Canberra in March of 1992; three months after Keating had taken office:

‘But despite this,’ he complained, ‘some conservatives fail to come to terms with the debate. The most common defence of the monarchy is a shoulder shrugging ‘If it ain’t broke, don’t fix it’ cave-man conservatism. Consider for a moment where human progress would be if that approach had been taken to art, literature, technology or politics? The truth is that all human progress has been based on the desire to make something which is better. Societies which have turned their back on social or political progress have invariably atrophied and collapsed.’

Finally, appealing to bipartisanship and showing his political nous, he summed up his case:

‘Economic issues will come and go, and never be resolved (at least to everyone’s satisfaction). But today we are building a nation and there is no worthier enterprise for any of us than that. I imagine there will always be some who will resist a republic, but few of our critics suggest it is not inevitable.’

Today, like the republican discussion of the 1990s, the marriage equality debate has become a burning issue in Australia, with campaigns being waged vigorously for and against the legalisation of same-sex marriage. One can replace all mentions of the republican debate in the above speech with ‘same-sex marriage’ and it remains a perfectly accurate commentary.

As in 1992, ‘cave-man conservatism’ has been seen in the opposition to marriage equality that has been mounted by some in the government and elsewhere under the pretext of defending freedom of speech and religion. Such tactics likewise demonstrate ‘conservatives failing to come to terms with the debate’ – a debate which is surely first and foremost about whether our compatriots are comfortable denying full civil rights to those who are otherwise generally accepted in Australian society.

‘Progress’ – the rallying cry of Australian republicans of the last millennium – is also a word on the lips of many marriage equality supporters. Australia certainly risks being left behind if it does not allow gay couples to marry, as they are permitted to do in other liberal democracies like Britain, the US, Ireland, Germany, and New Zealand. It is hardly a reform which public opinion is likely to turn against once in place; especially given it is almost entirely inert from an economic or national security perspective (unlike, for example, climate change or refugee policy).

But reimagining this 1992 republican speech in the context of 2017’s marriage debate is not a totally speculative exercise. Doing so probably reveals the true sentiments of the very man responsible for this year’s aptly named ‘postal vote’ – our Mardi-Gras-revelling PM. For it was not Paul Keating who gave the above remarks. Instead, it was that other dark-haired, erudite, Sydney-sider republican. A brash young lawyer, who, in 1992 had recently made his entry into public life heading the Australian republican campaign and who dreamed of bigger and better jobs to come: a certain Malcolm Bligh Turnbull.