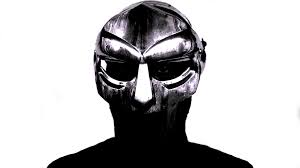 Lore & Music: How artists construct narratives and backstory through music

Lore is often used to reflect well established and internalised concepts that are relevant to a certain topic or story. In the case of music, I interpret this to look at the backstory that artists can construct through their own music – the stories they tell, and the establishment of overriding narratives and backstory to their art that makes it feel like a world of its own. Four artists are discussed in this article, each of which shows some form of establishing their own ‘lore’ through their music – by painting pictures of themselves or a character and exploring the world in which that entity exists.

This man is one of the most iconic artists relevant to this topic – metal mask and all. With a myriad of aliases (King Gheedorah, DOOM, Metal Fingers, Vaudeville Villain, Zev Love X, King Dumile, King Ghidra, etc.), there is the opportunity to construct vivid worlds for these characters he embodies. This is done throughout his discography, usually devoting whole albums to different characters.

Arguably, the most iconic and central element of lore is the story of the “Madvillain”, explored most explicitly through the Madvillainy album (a collaboration between DOOM and Madlib). This character and the respective backstory borrow heavily from pop culture and comic books, loosely basing himself off of Dr Doom from the Fantastic Four franchise. The character is painted as this menacing, dangerous individual – and every song on this album contributes to this overall picture that forms of the Madvillain. Origin stories and peripheral information are explored, with the overriding villainous tone of the album keeping everything grounded in the concept. This is similar to the Vaudeville Villain series of albums, which similarly construct this overriding narrative of an evil individual – carried by the lyrics themselves and the selected samples.

Conceptually, the Madvillain acts as a grounding concept for a lot of DOOM’s more realistic personas – the archetype of evil and wrongdoing, matched by the slick lyrical delivery and dusty beats that form a backdrop for so many of his iconic projects. One of his more strange characters, King Gheedorah, is quite literally characterised as a three-headed space leviathan – if that isn’t constructing a story through one’s music, I’m not sure what else he can do.

MF DOOM in my mind is the best to ever approach this construction of lore through music. His characters and the overriding theme that binds them (villainy) is so explicitly and deeply explored that it feels as if each album and project exists within this world he has constructed. One could write for days about how well this is constructed, and how vivid the lore of Daniel Dumile’s world is.

Following the theme of capitalised artist names, SZA’s 2017 album Ctrl is a similarly vivid exploration of character, in this case, herself. The album tracks the progression and turmoil of a woman dealing with her struggles with being mistreated by those around her, bad relationships, and her own internal monologue as she develops and acknowledges her own sense of self-worth – there’s themes of sexual infidelity, liberation, freedom, and a-romanticism that also come into play.

She crafts broad stories of her own experiences and feelings, painting the picture of someone trying to make sense of their own feelings, and dealing with the actions of those around her – while not always doing what people perceive as right. Lore, in this sense, is more so dealt with in terms of the establishment of SZA’s character’s backstory and feelings, looking at past treatment in relationships, and also from a wider social context. The album itself is triumphant and accepts that sometimes actions and people are not as they should be – this acceptance of injustice and imperfection really is developed through the inner workings of the world SZA has built with this project. It accepts the eventual wrongdoing of people in relationships and pursuits of love, and this knowledge just makes the album even more powerful, because there is a desire to push forth regardless.

Forced Witness, Alex Cameron’s critically acclaimed 2017 release painted the picture of an outsider. Not in some endearing, awkward way – like a scarily odd individual that you would cross the street if you say. Using this picture of the outsider that he invokes on purpose, Alex chooses to look at the concept of failure and what it means to be a loser.

His lyrics border on self-deprecating sadism, very far from the glitzy and upbeat instrumentation he utilises so well. His music relates to lore in the establishment of this overriding idea that Alex is the embodiment of this loser – and the facets of why he is labelled as one are deeply explored. Songs like Marlon Brando really explore this, as Alex’s character isn’t even made to be likeable, let alone relatable. In an interview with the Guardian following the release of his first album, ‘Jumping the Shark’ (one of the best ironic album titles ever), he disclosed that he felt that failure was an under-explored concept, so he uses the twisted characters and stories to explore the idea of failure, and what exactly it feels like to fail.

Alex’s lore is that of failure and short-comings – bad decisions, shattered dreams, and unrealised hopes. The artistic exercise of exploring such a unique topic is aided by his ability to craft these dark and saddening narratives, over glitzy and catchy melodies.

Regardless of whatever critical vilification this man has endured, I have such a soft spot for (nearly) anything this guy releases. Man on the Moon 1 & 2 are excellent and personal albums. Cudi develops these recurring motifs of Mr Rager, The Man on the Moon, and Scott Mescudi (his actual identity) – these characters are all essentially the same and act as a way to explore self-destruction and his own attitudes and feelings.

You may dislike these albums or think that they are unnecessarily artsy, but the commitment to crafting a really deep exploration of himself pays off, in terms of the sheer depth of the narrative. He paints himself as a young person lost in a whirlwind of drugs, lust, and fear for the future – and struggles with the fluctuations in emotion that come with these experiences. The mood of these first two albums are quite different, but paint similar pictures of poor mental health and trying to find a way to improve one’s life.

We can see that music can be used as a means to craft deep narratives and backstories – lore. These are only a few specific artists that I think do this well, but there are a number of great musicians that construct similarly vivid worlds through their art.