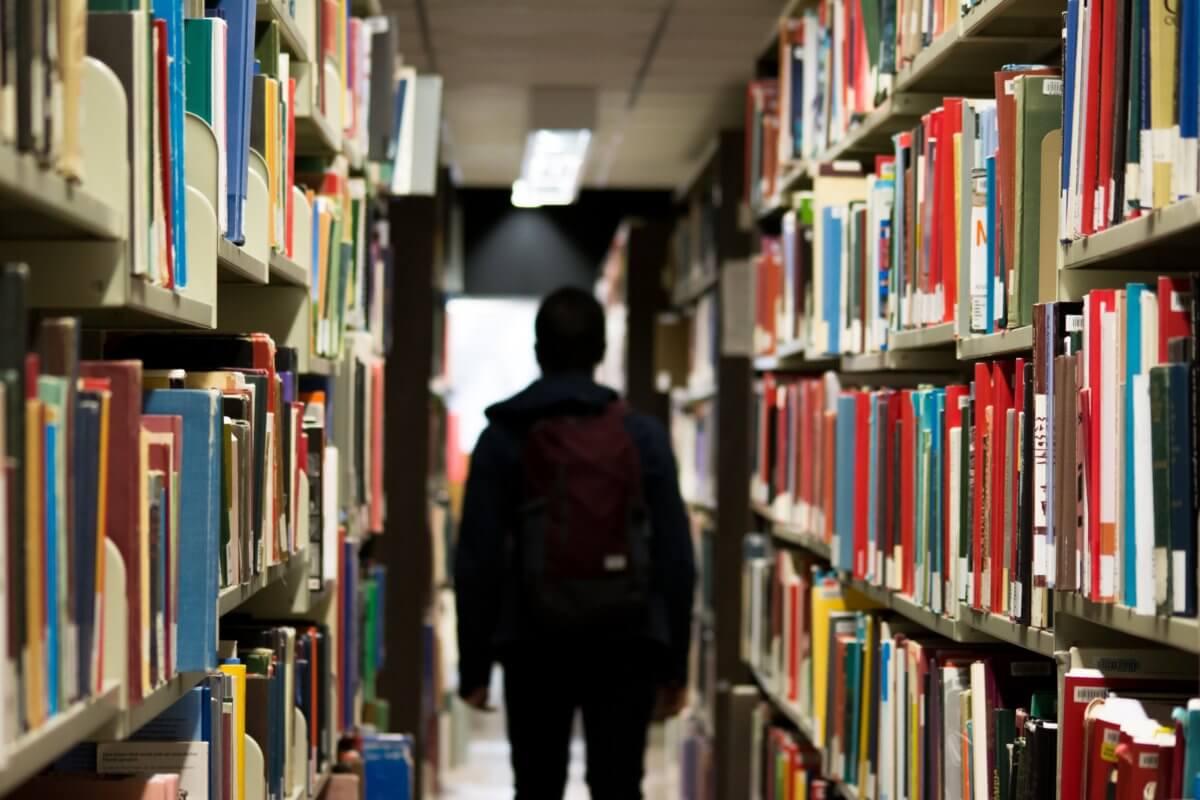 Libraries exist that aren’t Hancock and Chifley: A Complete Rating of the Lesser-Known Study Spots

I don’t do law because I don’t hate myself, so I’ve never been to this one, but I pass it on the way to my Sociology lecture.

Once, I saw someone run out crying. An hour later, I walked to the bathroom across the hall and saw them emerge bleary eyed and defeated. It was only when I turned to lock the cubicle door behind me that I noticed horrific etchings on the door and broken fingernails strewn across the floor. As I sat doing my numbers, it dawned on me that these weren’t just random markings but a series of letters – A, G, L, C. I don’t know who that is, but if you’re reading this AGLC, you’re a major asshole.

Another time, someone walked out with so, so many books in their tote bag. As I walked into my lecture theatre, I heard a scream from the foyer. I can only assume it was their shoulder popping out of its socket due to the sheer weight of these books.

It is one room. There is a table. There is a computer. The lady at the front desk pretends you don’t exist, which, depending on what you need, can be a good or bad thing.

Final thoughts: It exists, so you should check it out, but don’t bring a friend. They won’t fit.

I walked into this library a few days ago for the first time in many months, and I instantly felt my creative juices flow. Only later when I reached for my laptop, did I realise that pasta sauce had leaked in my bag and what I felt was probably just Passata dripping down my back.

The Art and Music Library is much smaller than its counterparts with only one floor, but what it lacks in space it makes up for in ambience. Floor to ceiling windows on one side allows natural light to flood in, while warm, golden hues from the hanging lights give the impression that the library has permanently set itself to bedtime f.lux mode. There is a computer lab just opposite the library entrance, and a few more computers are at the back of the library.

Art and Music library gets a ‘Hallelujah/10’.

The staff tell me that some of the chairs on the ground floor are heritage listed. How exciting! Unfortunately, that’s about as exciting as Menzies gets.

It smells slightly mouldy (probably a result of the heritage listed chairs) and it’s so quiet that it’s actually a little disconcerting (granted I’ve only been there twice, and both times after 5pm).

There are four floors, with computers on the ground floor and a computer lab on the second. Desks are spread out, with large group desks in the main study foyer of each floor and singular study nooks on either side of the bookshelves, along the edges of the walls. Where other libraries have apparently decided to deny the existence of plug points, Menzies has devoted itself to the cause. Everywhere you look there are vacant plug points ready for the prongs of your charger to be inserted therein. Even each study nook has its own! What a miracle.

I realise that you may not believe me, but this place does really exist. It’s a library in the same way the Centre for Arabic and Islamic Studies library is a library. Except this one is so much better, not only because you can bring your friends, but also because, instead of books, there are entire shelves packed with blocks of wood. Where did they come from? Why are they here? Do more ever get added? Are they made to look like the spines of books or is that just a coincidence? Why is this random room full of timber classified as a library? These are just SOME of the questions you can ask and not have answered at the Wood Library.

This one gets a ‘heck yeah/heck yeah’ for existing.