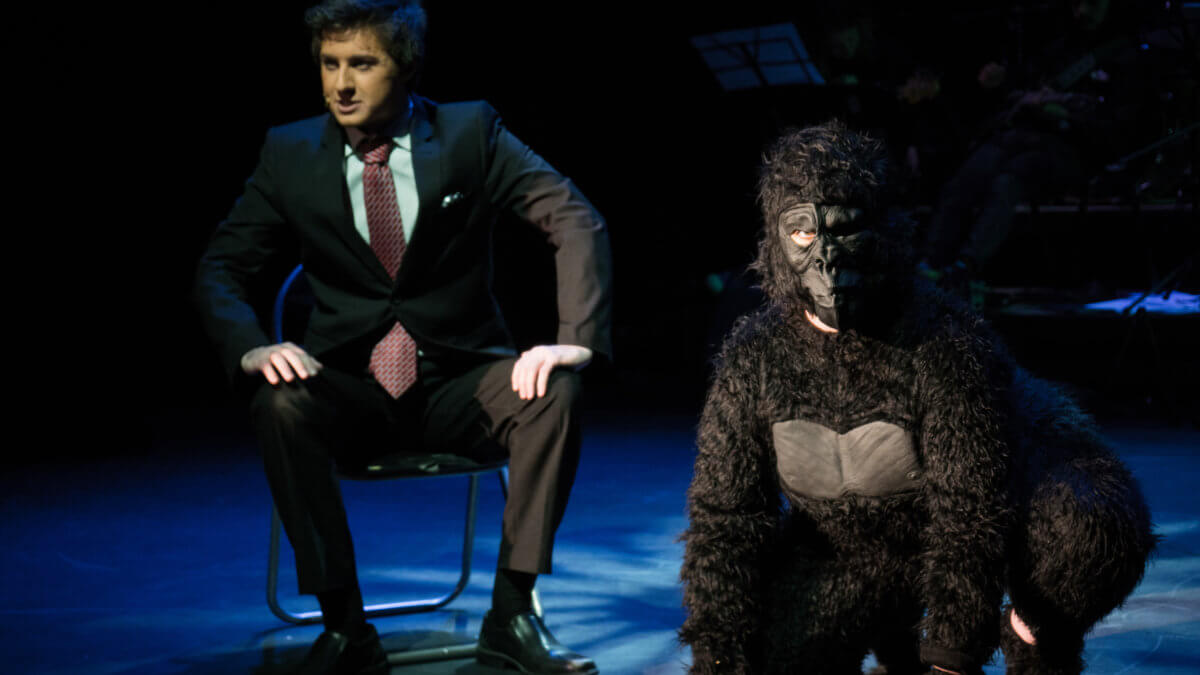 Law Revue 2017, To Infinity and Beyond Reasonable Doubt, was out of this world funny (bear with me, I wanted a better space pun, but didn’t have time to planet). Directors, Al Thorne and Maddi Lamers, with Producer, Olivia Sparrow, started us off with a Robbie Williams medley, reassuring us that there are no legal jobs, many unpaid internships, long hours and that law’s a crock. But never fear, by the end of the first song, it was Beyond Reasonable Doubt that the cast could throw in their Scarlett Gowns and Gavels to become professional thespians.

With the usual format of small, succinct musical skits, the performance led us flying in all directions. All those worrying about their lack of legal knowledge need not steer clear. Having taken a lawyer along with me for good measure, we quickly found that much of the humour revolved around the ANU experience, with sprinklings of law puns orbiting around the edges. The skit LAWS4EVERY1 gave some witty observations on first-year tutes, with a sea of puffer jackets and MacBooks, as well as the classic lecturer who prescribes their own book (available from the Co-op in week 10, of course!). As well as this, the Black Box Recording sketch had everyone gasping for air and wiping away tears of laughter when that god-forsaken ‘copyright in these lectures is property of the ANU…’ came blaring through the speakers.

But for all those lost in space amongst the thought-leader jokes, asking ‘what’s a Chifley?’ there was plenty of other material. From a romantic Marxists Christmas story to a Gorilla taking on Who Wants To Be A Millionaire, there was something for everyone. Not to mention the Sandwich Sketch… keep ‘em guessing!

As for acting, in the past we’ve seen many students shoot for the moon and miss it by a mile, but this year was an amazing effort by all. Special mention should go to Alex Merrick for a hilarious (and scarily accurate) Tony Abbott impression while guiding us through the history of his love of Onions. And when it came to the singing and dancing, Sarah Whiting showed us some serious flare.

The stage lighting was also flawless, which is no surprise when lighting technician, Stephen Still, just celebrated his 20th year working on the show.

All in all, Law Revue was an incredibly funny and tight performance, which left me wanting more. Despite its surprisingly low ratio of space puns to space content, this show receives one very enthusiastic small step for man (and an even more enthusiastic leap for mankind), which roughly translates to five stars (what d’you know, those are also space related). Bravo!