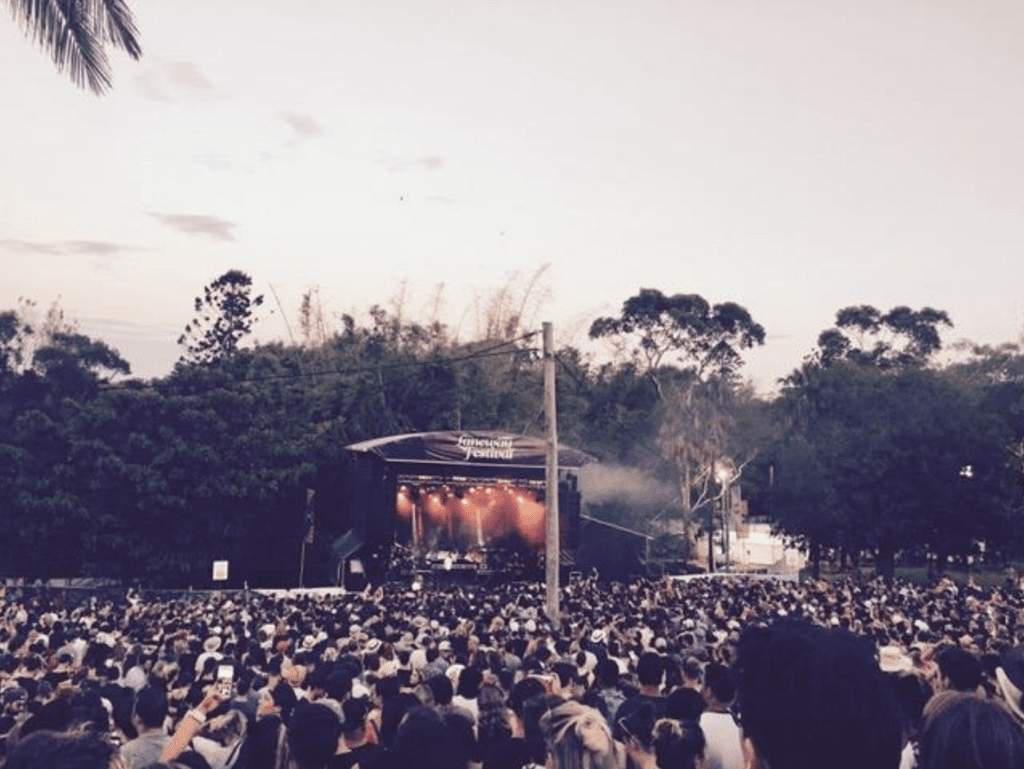 The Laneway Festival in Sydney provides a brief island of bliss for students looking to forget about the impending resumption of the university year and instead focus on life’s real pleasures: sweating in mosh pits, cold alcoholic beverages and some very excellent live music.

The punters willing to step early into the morning heat were blessed with some of the day’s best sets. In the shadow of the beautiful sandstone buildings populating Sydney’s College of the Arts, Fremantle seven-piece Koi Child launched the day with a boisterous set of live brass instrumentation and verbose hip-hop vocals.

Meanwhile, on the main stages, the sensual R&B of the UK’s impressive NAO gave way to Whitney’s infectious indie rock. The Chicago duo released their debut album in 2016 – a sentimental, pysch-tinged delicacy – and were joined on stage with a full backing band. If they really did stay up until 7am the night before, as claimed, they didn’t show it – the group gave a passionate and glorious performance. ‘The only way to get through this hangover is to play as hard as possible,’ they chuckled, as their set came to a close.

Indeed, fans of alternative rock (and its various other manifestations) were the real Laneway winners. The mid-afternoon boasted stoner cult heroes Dune Rats back to back with the prolific and chaotic King Gizzard and the Lizard Wizard – essentially, a mosher’s dream. King Gizz charged through their hypnotic setlist like a turbocharged truck with a broken brake pedal, whipping the crowd into a frenzy even with the mercury already reaching past 30 degrees.

Car Seat Headrest, by contrast, stretched out every emotional groan to its full potential with their brand of angsty indie rock. In the shade of the Spinning Top stage, frontman Will Toledo’s dry demeanor seemed to confirm that singing songs about drugs and depression, unsurprisingly, isn’t all that fun.

Days before announcing their sophomore album, Gang of Youths filled the grassy slopes with their characteristic heartfelt bellows. The Redfern five-piece have utilised their meteoric rise to refine their live show. Singer Dave Le’aupepe now flicks his hips and waves his arms in a clinically practiced manner, while material from their previous releases now sounds perfectly tuned to a live audience.

As the sun set, D.D Dumbo overcame technical issues to spark an invigorating multi-instrumental set. Meanwhile, Nick Murphy managed to hold the audience’s attention with his new material before slipping back into his Chet Faker pseudonym to push out his much-loved singles. Jagwar Ma also impressed, showing how they have garnered significant international acclaim with a mix of 90s house music that would make any nostalgia-loving millennial in a ‘Keep Sydney Open’ t-shirt incredibly happy.

The night, however, belonged to Tame Impala. You’d be hard pressed to find a group of more comprehensively and consistently excellent live performers in this country. Before bursting into their final song, frontman Kevin Parker paused and commented that the last show they had played in Sydney was on the Opera House Forecourt. But he echoed what so many punters were thinking – there was something special about Laneway. ‘We can play at iconic monuments all day long, but this…’, he said as the final pieces of confetti hit the ground, ‘this is the real shit.’