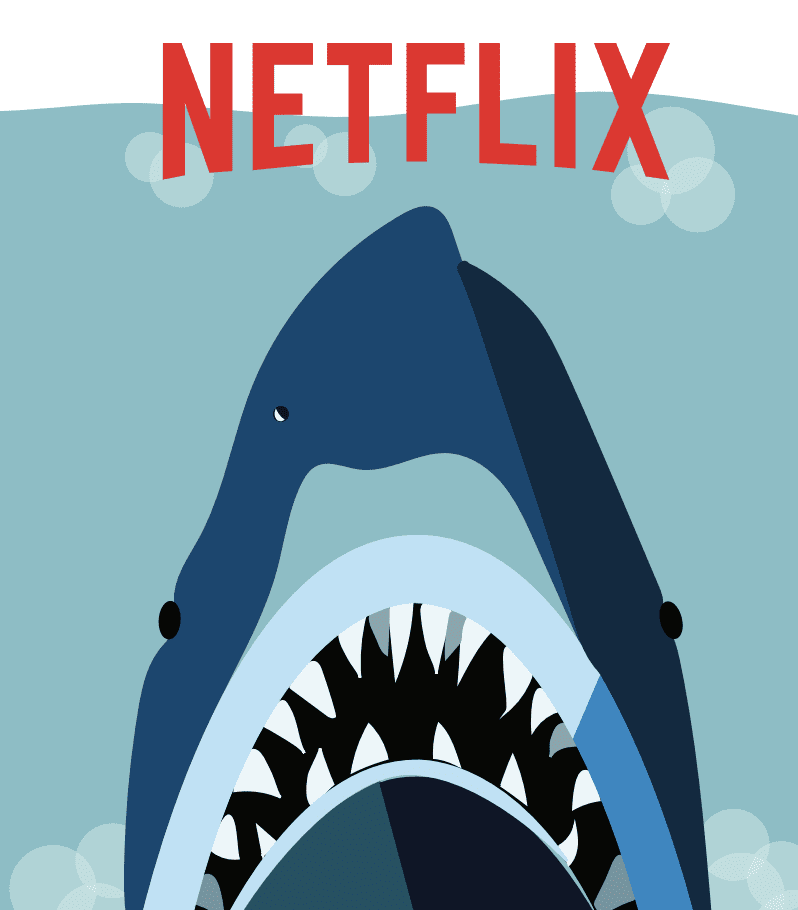 Jaws: The Greatest Popcorn Thriller of the Century

There’s a scene about halfway through Jaws, in which all that happens is the fishing line is caught on something and races off from the boat into the sea. The three main characters are on their boat in the middle of the ocean, trying to find the shark that’s been terrorising their perfect little beachside town since the beginning of the film. The sky is pitch blue, the water is a beautiful sapphire colour and the sun is shining bright. There’s no screaming, no blood and no gunshots – the audience doesn’t even see the shark. Yet the tick, tick, tick of the line running off the boat is one of the scariest moments of the movie. The titular evil of the film doesn’t even show his face and yet the tick, tick, tick of the line and the ominous music implies that we don’t need to see him to be scared. The characters, all battle-hardened strong men who know fear, are terrified by the tick, tick, tick of the line. The line snaps and whatever was on the other end swims away, leaving them and the audience terrified.

It’s this all-encompassing sense of terror and dread that makes Jaws the greatest popcorn thriller of all time. The film makes weapons of fear and tension to use against the audience, so that terror leaks into every scene. Jaws is spectacular in its simplicity – technically brilliant and emotionally resonant. It is a plain man against nature story as a small town, shell-shocked by a series of violent shark attacks, rushes to kill the beast before it makes the town uninhabitable due to the paralysing fear it inspires. The film is completely over-the-top and its premise is extraordinarily improbable, and yet it feels more real and pressing than the news. It is not only the most entertaining film of the 20th century but it also resonates as a film about political corruption, bravery and sacrifice for the greater good. It will not only make you think that there are killer sharks in your bathtub, but it might also give you hope in the face of the COVID-19 pandemic.

One thoroughly dull Saturday, I decided that I could be wasting my time better and looked for a movie on Netflix that would completely take my mind off isolation and the four assessments I hadn’t started yet. After about 10 minutes of flicking through tedious Netflix originals, I found Jaws. I had heard about it before from my parents, and I remembered my mum telling me she went to see it when she was 10 and didn’t go swimming again until she was 12. I doubted that a movie made when Nixon was president could be that scary. I was very very wrong. The film absolutely terrified me, my knuckles went white in almost every scene as I grabbed a hold of whatever I could. As terrified as I was, I never looked away from the screen. I never paused the film once. I was caught, hook line and sinker, in the terror that hangs over every scene in the film. And yet, it was one of the best experiences I have ever had watching a movie. I envied my parents for being able to have seen it in the cinema 45 years ago.

Jaws builds this incredible sense of fear and tension that never dissipates, and it stays with the audience right up until the last 60 seconds of the film. The audience doesn’t even see the shark until the halfway mark, after several people have been devoured in front of them. The shark doesn’t show its face until the third act, and even then it only adds to the tension and terror that has been building since the beginning of the movie. The film’s setting and its characters contribute to the dread it leaves with the audience after they exit the cine- ma. Jaws is set in the fictional beach-town of ‘Amity Island’, a beautiful, sunny, small little village with a skeleton police force and an eccentric mayor where everyone knows everybody else. Steven Spielberg, the film’s director, (this was only his second film) wanted the audience to believe that what happens in the movie could happen anywhere and made the characters and the setting as ordinary as possible. The brilliant juxtaposition of the ordinary with the supernatural is made all the better by the simple, yet complicated, main characters. Martin Brody, the town’s new police chief, is quiet, cautious and capable but has a fear of water and Captain Quint, seemingly the town’s saviour, is like any small-town crank but is traumatised by a shark attack that left him terrified decades ago.

All of this makes Jaws the most entertaining film of the 20th century, and it will make you completely forget about all of your worries and troubles as you become immersed in the world of Amity Island. But, despite its technical brilliance and the fear it leaves people with long after they leave the cine- ma, Jaws is also a brilliant political thriller and ethical drama, modelling the crisis we now face in more ways than one. Made during a time when the American public were increasingly sceptical of the government and their leaders (Jaws was released only a year after the Watergate scandal), some have suggested that the true evil in Jaws is the Mayor of Amity Island and his corruption, not the shark. Even after three people are killed, docks are destroyed and boats are sunk, the mayor refuses to close the beaches despite the obvious threat to public safety. He’s characterised as a mercurial man, with his polished Kennedy-style hair and eccentric suit and tie covered in anchors. He insists that he is serving the interests of his town by keeping the beaches open, as without tourists flocking to the island the town would face economic collapse. This is despite a huge threat to public safety which he is willing to ignore in the interest of ‘summer dollars’, on which the town relies. The beaches remain open and the mayor eventually relents, but only after he has seen the shark with his own eyes.

There is more than a little relevance in that to the crisis we face today with COVID-19. In the film, the government refuses to close down a crucial part of its economy in the face of a grave public safety threat. The town remains open, people die and the government only relents after it has been proven wrong. I can’t help comparing the Mayor and his administration to President Trump and his government, which refused to shut down the United States in the face of a grave threat to public health for fear of economic collapse. Only after the crisis hit and people started dying did the United States government offer a halfway decent response, still insisting that the economy would reopen by Easter. The Mayor of Amity Island, like President Trump, ignored the experts and all the evidence and appeared to be focused more on the survival of his political career than the survival of his citizens. But in the end (of Jaws at least), despite the government’s negligence, a mismatched and disparate group of people come together and slay the beast in one of the greatest endings in cinematic history. If we all do our part, we might yet do the same.

Jaws is technically brilliant and masterfully crafted, making thousands terrified of the water 45 years after it was first released. Its ability to shock and frighten means that it grabs hold of the audience and never lets go, making it a fantastic watch for anyone in need of a dazzling distraction. Its parallel to the COVID-19 pandemic, while loose, might inspire a bit of hope as despite all the fear, tension, angst and suffering, the hero slays the beast and saves the town. A film well worth the subsequent aversion to water, Jaws will stand the test of time as a flawless popcorn thriller with lessons about trauma, corruption and bravery lying just beneath the surface.