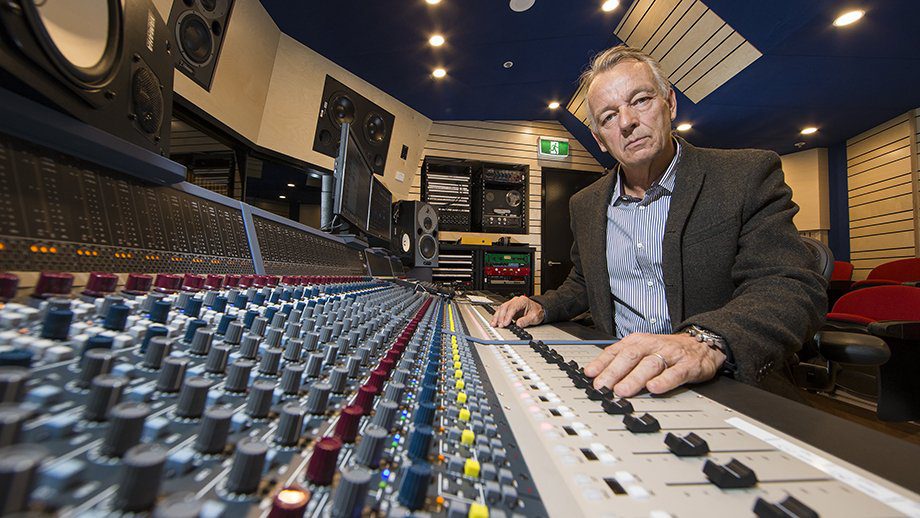 Mark Opitz is an Australian recording legend and award winning record producer. He’s worked with the likes of The Divinyls, AC/DC, Australian Crawl and INXS (just to name a few). He’s now a visiting fellow at the ANU School of Music, so Chloe Sinclair had a chat with him about the industry and what he’s doing at the School.

What was unique about the rock scene in Australia in the 70’s and 80’s that produced so many seminal artists?

I think the availability of venues for artists to play at was the big difference. Having pubs enabled all the acts to hone their craft four or five time a week, and sometimes twice a night. That had been going on since the 70’s and 80’s and into the early 90’s; then poker machines regulations and fire rules changed all of that. Those particular years were very productive in terms of Australian acts.

When you’re producing bands, do you see yourself as working together to create music, or do you step in after the initial recording is done and do the final polishing?

No, I work from the start. From song selection in rehearsals, to arrangement and then into the studio. I say to acts “we’re not recording singles, we’re not recording albums, we’re recording.” Because we’re working in both the digital and analog domain, it allows me to keep on re-arranging right up to the final mix stage. It’s a bit like a movie director, when a director receives a script they’ll change it, make it shorter, bring in different feelings; it’s the same deal what I do as a record producer.

Where do you draw the line between musicians having creative freedom, and imposing your vision as the producer?

I don’t necessarily impose my vision. I always work with an act and I want to see what the vision of that act is. The minute you start charging people to buy your music you have a responsibility to the public to do it the best way you possibly can. So my idea has always been attracted by the act’s vision they already have. It’s all about working as a team and bringing to bear the experience I’ve had over many years to take the music up to another level.

Have you worked in international as well as Australian studios?

I worked in both, literally half and half over my career. I love working in France and other non-english speaking countries, but I also work a lot in the United States and the United Kingdom. These days I’m really enjoying working in places like France, Turkey and Italy. Just changing it up, being refreshed and inspired.

What’s the craziest thing that’s ever happened while working in the studio?

I can remember on one particular project working with Kiss. I’d be working 12 to 18 hours a day, but you’d get to have a laugh once a day because Gene Simmons would ring up just out of the blue with a joke or a queer question. Probably lots of crazy things have happened, but you sort of don’t remember them much because you’re responsible for people’s working lives, you’re responsible for people’s dreams.

What are you planning to do at the ANU School of Music?

Since I’ve been invited to be a visiting fellow obviously the regular things and I’ve already done some lectures and tutorials. What I’m trying to do also is bring international and Australian musicians to the University to talk about their music. I have some big plans going into 2018 that we’re still developing with the school.

The ANU spent over a million dollars on the new studio, what’s it like?

I think it’s great. The fact that the ANU we’re brave enough to spend that sort of money on a studio. It’s a fantastic tool, a fantastic instrument, in fact, for all the music students. Professor Brian Schmidt said that part of his plan to making it one of the best music schools in the world is to have world class recording facilities. I mean you can record an orchestra in Llewellyn Hall and in the studio, or you can record a large band or something very intimate. It’s a great instrument, and that’s the way it should be seen, for the students in general to use and learn and experiment with their own music.

What are you looking for when working with students in the studio?

I’ve been working with students already in terms of tutorials. During the Open Day, we did a recording session and I basically handed it over to two of the students to actually run the whole session. I’ll be coming back in a couple of weeks and running more lectures and sessions in the studio.

With technology changing so rapidly, where do you see the music industry in 5 or 10 years time?

Well technology is always going to change, and the music industry is always going to change. Music will change according to that image and its importance in the culture. One thing for sure, music is never ever going to go away. The changes in youth culture and culture in general will dictate how music changes. But the most important thing is, it’s the old cliche, music is the international language. Music is like air, like water, it’s like eating, like loving, music is so essential. The changes, well that’s up to how to world progresses.