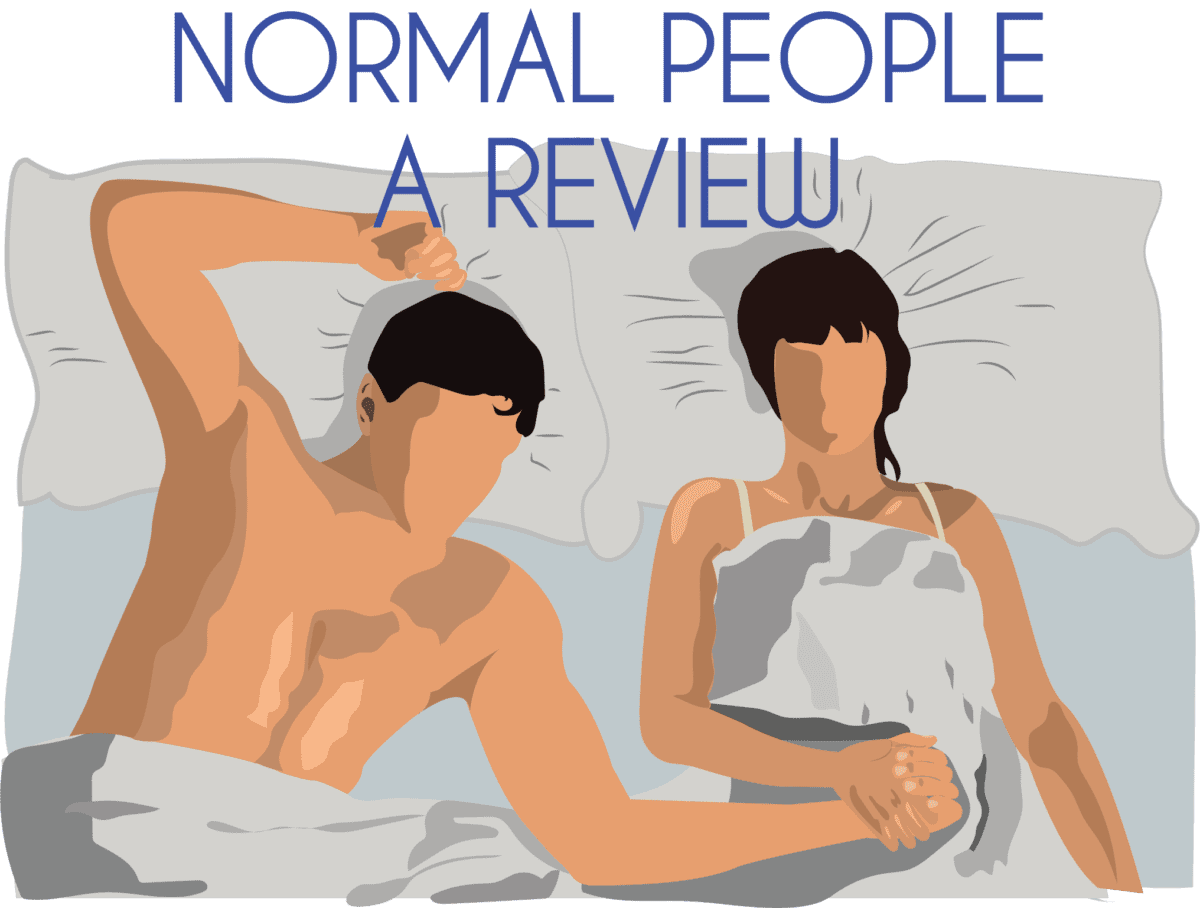 I Read 'Normal People' So You Don't Have to

“[A] novel that demands to be read compulsively, in one sitting.” – The Washington Post.

‘The most enjoyable novel of the year.’ – Daily Telegraph

There is intense hype surrounding Normal People by Sally Rooney. Since its publication in 2018, the book has received rave reviews and has recently been made into a popular 12-part series on Stan. Over the mid-term break, I decided to read this much-talked about book. Yet something about it bothered me. Although I was enraptured by its storyline and finished the book in two days, I was uncomfortable with the message it portrayed on relationships.

Normal People introduces Irish high school classmates Marianne and Connell. Marianne is from a wealthy family, and Connell’s mother cleans Marianne’s family home. Marianne is a bookish, awkward, social outcast while Connell is an athletic, popular boy. The pair bond over their fierce intelligence and have an instant physical attraction. Sex and love intertwine into a secret relationship as Connell’s insecurity stops him from recognising their relationship at school. Marianne, whose self-worth is undermined by her cold, unfeeling family, craves his attention and becomes frustrated at keeping their affair a secret. Eventually, the pair break it off when Connell takes another girl to the Debs ball, and they both start their separate lives at Trinity College Dublin.

Rooney explores the class dynamics at play in universities. Marianne fits in easily and finds a group of sophisticated, bourgeoisie friends while Connell’s class disconnect is painfully evident. The pair reconnect at a party. Again, their attraction is too strong and they start up a steaming relationship. However, their insecurities again play a significant role in the breakdown of their relationship. Connell is indecisive and unwilling to commit to a relationship. He is also frustratingly uncommunicative about his true feelings for Marianne. Marianne’s low self-esteem means she constantly craves Connell’s love and attention and continually forgives his lack of commitment to her. These insecurities work against Marianne and continue to break her over and over again. Her vulnerability develops into an unspoken eating disorder as well as a desire to be demeaned during sex through rough BDSM.

By the end of the book, their relationship has left her a shell of her former self, physically and mentally shattered. The book could have been saved by a conclusive ending. Do Marianne and Connell learn from their mistakes and evolve into a healthy relationship? Or do they continue with their toxic behaviour? Instead, there is no thesis at all, and the book ends without the reader knowing if Connell will decide to pursue a Master of Fine Arts in New York or remain in Ireland with Marianne.

Watching their relationship disintegrate through so many pages with no payoff in the end felt soul shattering. Normal People has been heralded by Sally Rooney as well as numerous reviewers as an accurate depiction of ‘normal’ relationships outside of literature. But if this is true, then it is an unfortunate fact. Yes, relationships are imperfect; people are flawed. Yet the majority of people learn from their mistakes. They realise after months, years of mistreatment that somebody is not changing and it’s time to move on. But Marianne and Connell instead continue to spiral in a self-destructive relationship until the end with little hope of redemption.

The only ray of light in this book is the writing style. It felt modern, concise and insanely readable. Pages turned themselves. The storyline itself feels paramount, and the writing style highlights this. Also is its study of issues like male mental health and class divide. But these issues are only glossed over and not explored in the depth that would have made this book a meaningful social commentary. Instead, the story focuses on the deeply problematic and toxic relationship between Marianne and Connell.

This is an easy read with lots of intense emotion between the two main characters. I would read this book if you truly want to decipher whether the hype is worth it. In my opinion, it’s not. The book left me confused and shaken by witnessing the brokenness of Marianne as she continued to forgive and crave an emotionally draining and problematic relationship with Connell. But more than that, this book is an excellent example of how toxic relationships are often romanticised in books and on TV. Normal People is a troubling message for young people on ‘normal’ relationships.