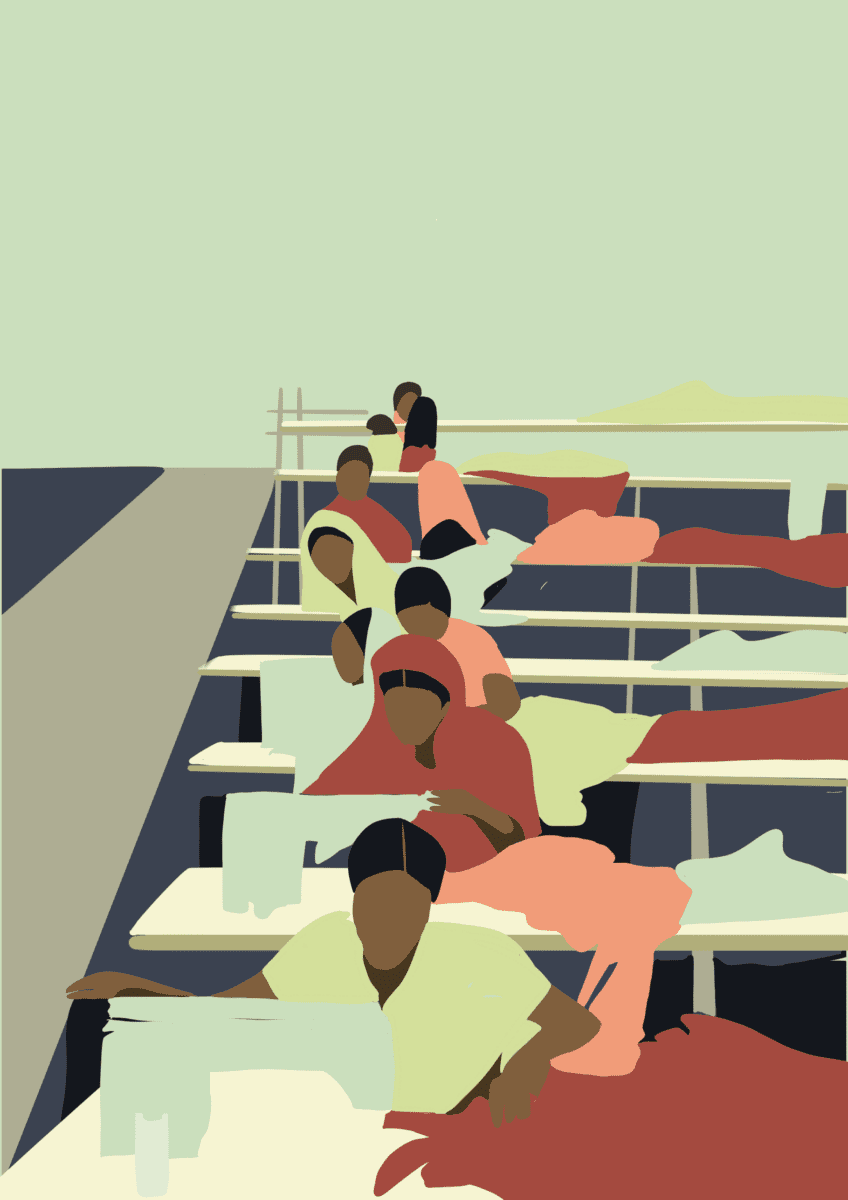 I Am Tired of the Hypocrisy: Fast Fashion and Feminism

British women’s fashion brand Missguided proclaims its mission to be ‘to empower females globally to be confident in themselves and be who they want to be.’ Meanwhile, workers making garments for the fashion brand in Leicester were found to be getting paid £3.50 (approximately $6) an hour; less than half of the minimum wage in the UK.

Shein sells t-shirts with ‘Feminist AF’ emblazoned on the front for $5.95, alongside designs stolen from independent female designers.

Victoria’s Secret asked women to share their answers to the question ‘How do you give back to women in the community?’ for International Women’s Day. Meanwhile, factory workers sewing lingerie for the brand are yet to receive a portion of the $7 million they are legally owed since their place of work closed in March 2021.

Exploiting women in one part of the world to empower them in another is not feminism. This performative and hypocritical approach to female empowerment by fast fashion brands is not good enough.

The term ‘fast fashion’ was coined by the New York Times in the 1990s to describe the 15-day turnaround of garments manufactured by Zara. Today, the fast fashion industry is characterised by the mass-production of vast amounts of cheap and ‘on-trend’ clothing. This encourages consumers to purchase poor-quality, trendy clothing that can be thrown away after a couple of wears. To perpetuate this system, garment workers are often exploited while brands profit from overconsumption.

Fast fashion is a feminist issue because women are disproportionately disempowered by this wasteful and exploitative system. The true human cost of fast fashion is hidden behind performative messages of female empowerment and problematic ‘girlboss’ culture. According to the nonprofit Remake, about 80 percent of garment workers are women aged 18-24, with many children entering the workforce as young as 14. In contrast, only 14 percent of major fashion brands are run by female executives. Further, it takes an average of four days for a major fashion CEO to earn what a female garment worker in Bangladesh earns in her whole lifetime. Fast fashion only perpetuates existing inequalities and is anything but empowering for women.

The notion of women’s empowerment has been reduced to a commodity that can be sold for profit. Influencers are offered thousands to millions of dollars to promote products, while the women who make these items are trapped in poverty. This performative ‘feminism’ that celebrates some women while systematically disempowering others is hypocrisy at its finest.

Last year on Black Friday, Pretty Little Thing held an ‘up to 100% off’ sale. They were giving away clothes for free – with many items that weren’t free being sold for under a dollar. We are so disconnected from the true cost of what we wear and the people who make our clothes. The prices fast fashion brands offer wouldn’t be possible without exploitation in their supply chains.

But who is responsible for this desperately needed change? There is a fine line between encouraging ethical consumption and shaming individuals who have no option but to purchase fast fashion. Women are disproportionately subject to unattainable standards for their appearance which are fuelled by social media.

The feminist solution is not to shame women for their purchases. Corporations need to take responsibility for their supply chains and invest in ensuring a safe, fair and empowering working environment for the people who make their garments. However, we cannot ignore the positive impact of changing consumer attitudes.

Interest in and demand for ethical and sustainable ‘slow fashion’ alternatives is increasing. The second-hand market is projected to double in the next five years with resale expected to grow eleven times faster than the broader retail clothing sector by 2025. This works in combination with clothing rental websites and social media accounts rising in popularity.

But how can we shop more ethically? Purchasing clothes second-hand from op-shops or online resale platforms like Depop and eBay is often the most affordable way to source clothes ethically and sustainably. Websites such as ‘Good On You’ and ‘Baptist World Aid’ can be used to check the ethics and sustainability of popular brands. There are many sustainable small businesses making ethically-produced, good quality pieces that are worth the investment. However, the most sustainable and ethical option by far is to rewear the clothes we already own!

A shift in mindset is imperative. If there is no alternative but to purchase clothes from fast fashion brands, the way we think about these purchases is critical. Looking after the clothing we buy, repeating outfits and making conscious and careful purchases means that fast fashion purchases don’t have to be ‘fast.’ Regardless of where you purchase your clothes, having an awareness of the fact that clothing is an output of human labour and environmental resources can encourage more mindful purchases. Thus, reducing the demand for large amounts of cheaply produced clothing that fast fashion brands rely on to profit.