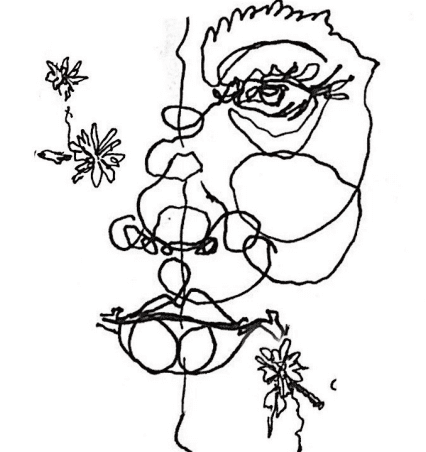 How Many Calories Are In This?

When I first moved out of home I was put in control of my diet for the first time. I was determined to eat healthily, and learnt how to cook my meals on YouTube and followed ‘fitness models’ on Instagram for inspiration. At first, I was doing well, until a traumatic event occurred at home. I was utterly beside myself and was looking for a way to cope. I was emotionally fragile and started to lose my appetite. I couldn’t stomach more than an apple and toast for a while.

I started being curious about how many calories were in food. I liked the feeling of knowing exactly what I put in my body. I read food labels more religiously than my readings. I budgeted how much carrot to put in my salad more so than my weekly spending. I made myself a rule that I was not allowed to eat between the three meals. If I was peckish, I was allowed a cup of tea, or if I was really hungry, one (but only one!) teaspoon of peanut butter.

I used food as a way to feel in control. Precisely because I couldn’t control the situation at home, I felt that obsessing over what I put in my body was a way to regain control in other aspects of my life.

Counting calories was incredibly addictive. ‘How many calories is X’ was my most googled question for a while. It got to a point where I could look at a plate of food and estimate how many calories it would be. I would then eat accordingly, as I had restricted myself to eating no more than 1,100 calories a day. So if I had already had a total of 800 calories for breakfast and lunch, I was only allowed 300 calories for dinner. If I cooked pasta, that meant having 1/5 of a box of pasta with sauce.

I made up in my mind that if I didn’t go to bed feeling hungry, I had overeaten that day. I would lie in bed trying to think of how I could restrict my breakfast the next morning. Maybe instead of breakfast, I’ll just have six strawberries.

I ate like this for nearly a year, and became underweight. My boyfriend hugged me for the first time after we were separated for a month, and his first comment was, “I forget how small you are.” I would go over to his house for dinner, and his mum would say, “It’s good to see you eating.” I knew I was perhaps too thin, but ‘eating more’ wasn’t an option. Eating wasn’t just about sustenance anymore; it was about being in control. Eating more than what I considered to be an ‘okay’ amount meant that I was undisciplined. It made me feel weak. When I ate alone, I would always eat small salads. A typical ‘safe’ salad for me consisted of one handful of spinach, a third of a cucumber, five cherry tomatoes, one teaspoon of crumbed fetta, and five walnuts. I expected my body to run on that amount of food for half a day, every day, for months on end.

I tried to hide my disordered eating from friends and family by binging whenever I ate with them. I would inhale crackers and dip for an hour straight, unable to stop. Afterwards, I’d be disgusted at myself. I would do a quick calculation in my head of how many calories I’d just consumed, and desperately try to vomit it out so that I wouldn’t digest the calories. Unfortunately, I learnt that vomiting out food meant that 70 per cent of the calories would be absorbed anyway, so I decided that the mess wasn’t worth it and thought of other ways to compensate for my binge. Usually, that included some form of exercise to ‘offset’ the extra calories.

One day, YouTube’s algorithm recommended Rebecca Leung’s video ‘Challenging 5 Anorexia Food Rules’. It seemed that after watching copious videos on ‘What I Eat in a Day’ and ‘Salad Recipes’, YouTube was catching on that I enjoyed videos about restricting calories.

The video hit me hard.

It made me realise that I too had senseless food rules that I had made up for myself. Although I never got diagnosed with an eating disorder, I was definitely exhibiting disordered eating patterns associated with orthorexia. Without Leung’s video, I could’ve so easily spiralled into something more serious. It took me a while to admit to myself that I needed to challenge my own food rules.

My first challenge was to have a cup of tea with breakfast. A cup of tea used to be my mid-morning snack, because those extra three calories exceeded the breakfast calorie quota I’d imposed on myself. I then allowed myself to buy snacks (that weren’t just fresh fruit and almonds) at the supermarket. Later I started eating dessert after dinner even though I had exceeded my 1,100 calorie ‘limit’.

I learnt that your daily calorie intake needs to fluctuate, and that it is okay to eat more one day and less the other. This seems so obvious now, but it was absurd to me back then. Today, I have regained some weight, and I no longer restrict my food intake. A combination of seeing a therapist to help with family trauma and actively challenging my made-up food rules every day has made me happier and stronger. I am still working on not overly portioning foods, and resisting the urge to constantly do a quick tot up of my daily calorie count. I accept that it takes time to rebuild a healthy, sustainable relationship with food.

Nowadays I eat when I’m hungry and stop when I’m full. It’s really not that deep.

The Letters I Will Never Send