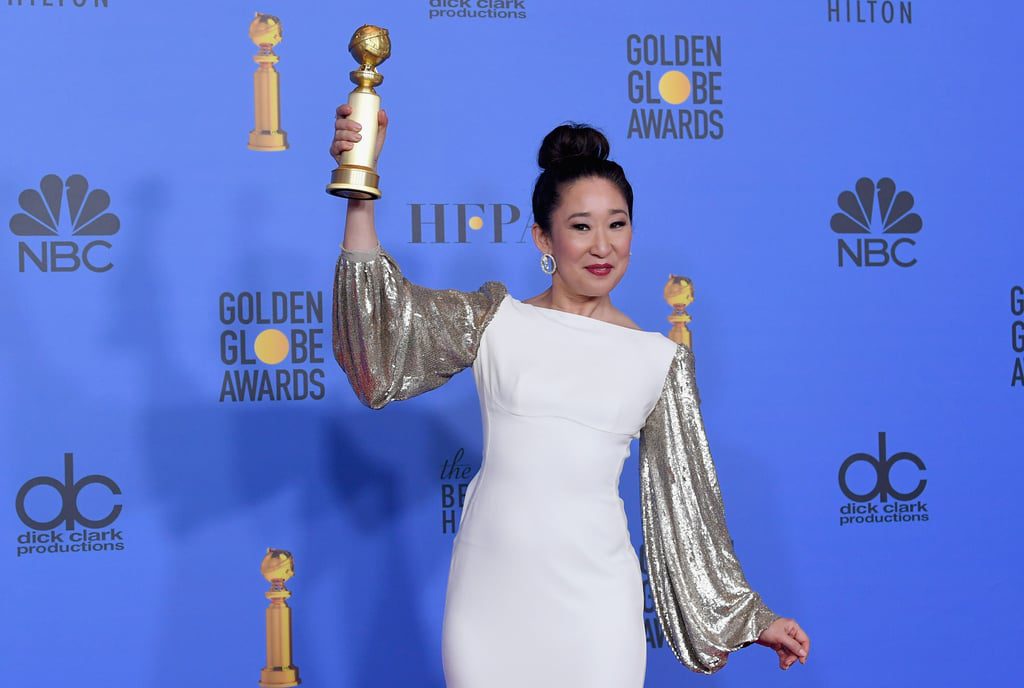 History Past, Present and Future at the Golden Globes

Hollywood’s prestigious awards season has kicked off with the 76th annual Golden Globe Awards on January 6, 2019. While not part of the elusive EGOT crown of awards, winning a Golden Globe is still highly respected in the film and TV industry and it is often seen as a foreshadowing of who will come out on top at the elusive Academy Awards later in the year.

This year’s ceremony was hosted by odd couple Andy Samberg and Sandra Oh. Their opening monologue was filled with the standard amount of awkward banter as they pretended to roast famous attendees while actually complimenting them. But they eventually settled into their rhythm and chose to finish on a note of acknowledging the progress that Hollywood has made over the last year to improve onscreen representation. Oh said she had felt fear at the thought of hosting the ceremony, but eventually decided that “I wanted to be here to look out into this audience and witness this moment of change. Next year could be different. It probably will be. Right now, this moment is real.”

Oh echoed the sentiment again when she won the award for Best Actress in a Television Series – Drama as Eve Polastri in Killing Eve, thanking her parents who were present at the ceremony and crying “I love you” to them in Korean.

Bohemian Rhapsody and Green Book won Best Motion Picture – Drama and Best Motion Picture – Musical or Comedy respectively. Rather interestingly, they are both films based on historical events. They have also both triggered dissatisfaction from the families of the subjects of the films, Queen lead singer Freddie Mercury and African-American pianist Don Shirley, for not accurately portraying their stories.

Continuing that trend, five out of six awards for acting went to portrayals of historical figures. The only exception was Regina King’s win for Best Supporting Actress as Sharon Rivers in If Beale Street Could Talk, which was based on the novel of the same name.

The Golden Globes’ split of the motion picture category in ‘drama’ and ‘musical or comedy’ still continues to baffle audiences each year. The Hollywood Foreign Press Association are not alone in dividing awards by genre. For example, the People’s Choice Awards has four genre awards for best movie – comedy, action, drama and family – as well as best movie overall. There are also awards ceremonies entirely dedicated to different genres, such as the Saturn Awards for science fiction, fantasy and horror films.

However, the Golden Globes usually sticks out for its baffling categorisation of films. Just this year, Bohemian Rhapsody and A Star is Born were both of a musical nature (if not in the technical definition of a film where songs are used in place of dialogue to further the plot) yet were nominated in the Drama category. Four out of five nominees in the Best Motion Picture – Musical or Comedy are categorised as hybrid ‘comedy-dramas’ with the exception of Mary Poppins Returns which is musical fantasy. Other recent mismatches in the Musical or Comedy category were The Martian(winner 2015) and Get Out (nominated 2017).

Perhaps the most memorable moment of the night came when the winner of Best Actress in a Motion Picture – Drama was announced and Glenn Close couldn’t wipe the look of shock off her face. Previously a two-time winner for her work in TV, it was her first win for film for her role as Joan Castleman in The Wife. The 71-year-old actress carried her joyous air of surprise right through her speech as she reflected on the role of women in society, “We are women and nurturers, we have our children, and our husbands, if we are lucky enough, our partners, whoever. But we have to find personal fulfilment. We have to follow our dreams. And we have to say I have to do that. And I should be allowed to do that.”

Arguably the biggest success of the evening, Bohemian Rhapsody’s win was quite a shock since the film had only entered the ceremony with two nominations. By the end of the night it had won both its awards and set a record for the Best Picture – Drama win with the least amount of nominations in Golden Globes history.

Box Office and popular culture hits Black Panther and Crazy Rich Asians unfortunately did not pick up any awards, again reflecting a rift between films that attract large audiences and those that receive critical acclaim. Crazy Rich Asians actress Michelle Yeoh did grace the red carpet wearing Eleanor Young’s famous emerald ring as in a twist it turns out that the ring was a gift she bought for herself which she then lent for use in the movie.

Australian nominees included Troye Sivan for Best Original Song with “Revelation” from Boy Erased, Nicole Kidman for Best Actress in a Motion Picture – Drama as Erin Bell in Destroyer and Tony McNamara for Best Screenplay with The Favourite but unfortunately no Australians took home any awards.

Nominations for the 91st Academy Awards will be announced on January 22 followed by the ceremony on February 24, 2019.