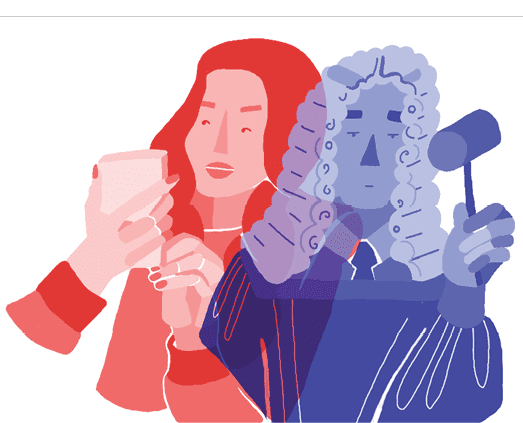 It’s tough watching musicians you considered yourself a fan of slowly crumble in the face of rumours and accusations. Sometimes they do it to themselves. Although I am certainly not a fan of R. Kelly, the slow downfall of both his credibility and his mental health – culminating with his recent 18-minute anti-epic ‘I Admit’- was at least intriguing. It’s public knowledge that R Kelly is a scumbag; stories of flings with underage girls aren’t even the worst of his accusations. Yet, somehow, he remains in the public consciousness. Maybe it’s because of exactly those accusations. As a fan of emo music, I’ve seen the same thing happen to plenty of bands over the years. This has increased with the growing power of the #MeToo movement, which continues to prove incredibly important, but brings with it a dangerous precedent.

We live in an internet age, where people can have their voices heard far more easily than ever before. While this has proven incredibly helpful, for some it can ruin a career. The catalyst for the current wave of victims coming forward was accusations made against the band Brand New, more specifically front-man Jesse Lacey. In late 2017, Nicole Garey alleged on a Facebook post that Lacey had solicited pornographic photos of her while she was a minor. Days later, Emily Driskill came forward with similar allegations. Lacey’s apology, which failed to address any specific events, was met with anger and disgust. It resulted in Brand New cancelling upcoming shows and going silent (though the band was allegedly scheduled to disband at the end of 2018 regardless), despite Lacey never being charged. In this case, I would argue the ‘trial by media’ achieved the right result. Lacey’s cries for pity and attempt at a ‘blanket’ apology were woefully misguided and only intensified the backlash.

But at what point do we deem someone ‘guilty as charged’? Guitarist Lloyd Roberts, then a part of Neck Deep, a relatively popular UK pop-punk band, was accused of exchanging explicit messages with an underage girl in late 2015. After stepping down from the band, he was later cleared by police of wrongdoing, but the damage, to both his and the band’s reputation, had already been done. Former front-man of Aiden, William Control, suffered a similarly damaged reputation. After multiple accusations, he too presented evidence to investigators, who suggested no charges be pressed. But when it is near-impossible to turn back the wave of public opinion, what the police say is of little consequence – the sentence has already been carried out.

At what point, then, do we decide who is and isn’t guilty? Are we more inclined to accept someone ‘guilty as charged’ if we dislike them? Should we be separating the artist from the music? Do we? Let’s use an example. Knowing what you know now of Jesse Lacey, does the line “You laugh at every word trying too hard to be cute/I almost feel sorry for what I’m gonna do” from ‘Me vs Maradona vs Elvis’ take on a whole new meaning, despite being written in 2003? I mean, of course it does. But should you refuse to listen to it regardless? Some of the most compelling music of all time has come from artists who fail to adhere to what we consider ‘good’ morals. Perhaps it’s more of an issue of being too quick to accept accusations as ‘the truth’. Do we view scepticism of victims, particularly in an age where it’s far easier to be heard, immediately as ‘victim-blaming’? Is it because of the system previously put into place where we, as a society, practiced victim-blaming, particularly for women? Maybe we’re (rightfully) trying too hard to break that system. Are we then creating a whole new process that completely reverses the roles, where the worst is expected of the superior irrespective of guilt?

My point is, perhaps we’ve become too quick to expect the worst of people. For every founded accusation, there are others that prove to be nothing but slander. But as the internet age continues, these situations will continue to present themselves. And consistently we’re presented with a decision: side with accuser or accused? Is the word of one person enough to convince us? Probably not. How many people need to come forward before we should believe them?  If the accused comes out against the claims, does that help to strengthen their argument, or does it prove hurtful to their image?

These are difficult times. And it worries me we tend to afford little thought when an accusation is flung at a celebrity. Is it because we look down on those more fortunate than us? What if the same were to happen to us? Would we be okay with others simply accepting us as guilty and refusing to believe otherwise? Many accused celebrities are given huge press coverage when accused but receive minimal once they are cleared of wrongdoing. Perhaps we crave drama? Maybe we lack understanding of such a situation. We expect a fair trial when accused but lack the same expectancy of celebrities. It can be hard to understand when our livelihood doesn’t hang in the balance because of one Facebook post. So perhaps consider all this the next time you hear of stories about a celebrity. Put yourself in that position. Would you want your life destroyed in one day?

Learning about other cultures through music