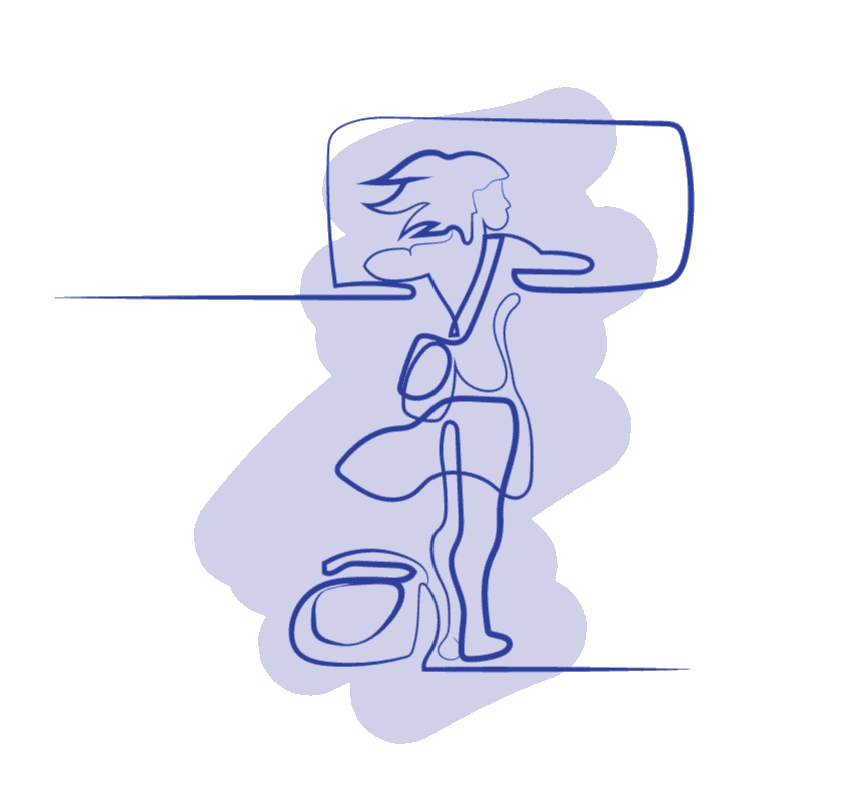 Forget About The Trains

My friends and I often refer to being on track for our studies and goals as “being on the train”. When you’re on the train, you have mastered the balance of university studies, social life and work. You are a go-getter, seeking out opportunities to further your knowledge or pursue your passions, but most importantly, you aren’t stressed about any of it. You are riding along in the train, calm and composed, achieving and smashing your goals. All is well.

During catch-ups, we can discern each other’s mental states through this metaphor that we’ve built up. Sometimes I’ll hear about how my friends are nailing their goals and I’ll send the congratulatory message, “Woo, she’s ON the train!!” There’s the imagery of them whizzing along those train tracks, throwing kisses out of open windows as they hurtle towards their long-awaited final destination. Other times, I’ll say in a group chat, “I AM OFF THE TRAIN”, signaling to my nearest and dearest that I’m frazzled and disjointed. Caps locks add the drama, trying to impart the vision of me lying face down across my bed, lamenting unchecked to-do lists and half-finished essay topic sentences.

With the sudden onslaught of COVID-19, being “off the train” took on a very different meaning. It was no longer simply procrastinating an essay, the culprit that empty wine bottle still rolling on the dining table. As a group of friends, we encountered mental blockades, fuelled by a sense of unknown isolation, deep-seated loneliness and newfound restlessness. We all wanted to be “on that train”, zooming through university assessments and enjoying our suddenly imposed downtime, but our new disrupted routines hampered our ability to relax into this time. We were, after all, stuck in our own homes, unable to get to the train station, let alone hop on board.

For the first time since we began using this metaphor, mental health became woven into its conceptual nature. Being “off the train” no longer merely symbolised procrastination or a sense of laziness, but an unshakeable listlessness, one that prevented us from focusing on university or personal goals. Such a sudden shift in what it meant to be achieving and feeling fulfilled by your work made it essential for us to take the time to re-centre ourselves. An inability to hop on the train is an opportunity to evaluate why finding yourself on that platform is so desirable, to question whether or not you need to be on board in the first place. A friend described it as instead of wanting to “hop on the train”, you suddenly find that you want to walk instead, taking the time to meander along the scenic route, time frames and train stops abandoned. We were learning how to accept this changed pathway and to rejoice in the change, instead of ruing it. All began to seem well.

Despite hopes of campus re-opening as the holidays wind down, we are entering another semester of remote learning. Victoria has entered its second lockdown and cases have appeared in our haven Batemans Bay. With this rise in cases, it becomes even more imperative to re-evaluate our previous norms for being “on or off the train”. Self-care, a focus on mental health and slowing down needs to feature in our discussions about the expectations for this new semester. Once again, we need to re-examine what our final destination should be and the best vehicle for the journey. With challenges and uncertainty every day, we must prioritise mental health and self-care, making sure to not rely on expectations of past norms that no longer fit our current circumstances.

Forget about the trains, I’m going on a stroll instead.

Three Things You Won’t Hear About During the ANUSA Election