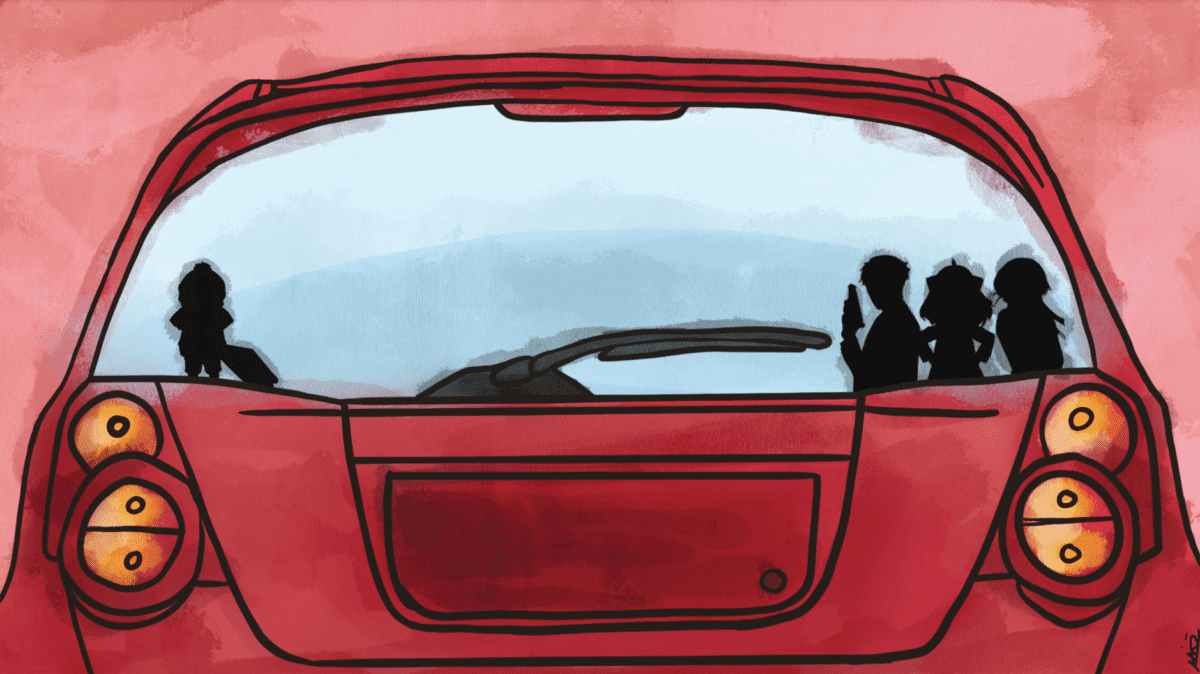 If we want the reward of being loved, we must subject ourselves to the mortifying ordeal of talking about anime in Woroni. I am bodily-restraining myself from creating incoherent ramble about the anime community’s new It Guy of the Month, and instead will be a civilised person who says this:

Anime has a huge beef with parents.

It’s such a notorious trope to kill off one or both parents to kickstart the young protagonist’s story. And if you Google ‘dead mom hair’ you’ll see for yourself. If you’re an anime mother and you put your hair in a low side braid, you automatically get reserved a plot in the cemetery. So, when I scavenged not one but TWO animes that were released recently with stories about family, I was ecstatic. I love the found family trope. I love the idea that there are these bonds of love and trust that are not inherent but earned. And I love love LOVE Kotaro Lives Alone and Spy x Family, two animes about how family is not about blood, but about those people who make you understand that you have a place in this world. And, importantly, this place is right by their side.

Each of the 10 episodes is a collection of smaller sub-plots, which all add up together to paint a picture of Kotaro’s life and the lives of those around him. And the picture is not always pretty. Kotaro’s past is predictably complicated, being four and living alone. There’s also his colourful cast of neighbours; adults with their own problems, but Kotaro’s presence enlivens those around him. Through their love and support, this 4-year-old who has already been through so much in life gets the chance to relax and become a kid. Not become a kid again, but be one for the first time.

Kotaro is an incredibly self-sufficient and mature four-year-old. It’s cute! It’s funny! Especially in moments when we see Kotaro (age four) have a far cleaner apartment than his neighbour Karino (age 25) much to Karino’s ire. It’s a four-year-old burdened with having to do too much for himself because he’s never had anyone he can rely on!

This is a show that doesn’t get super mega sad just at some points but at all points. The story is underpinned with a tone of great tragedy, as you’re watching, you are constantly wondering but why does Kotaro live alone?

The answer is…for you to find out yourself, but the journey of getting to the answer wades into big and heavy themes. Kotaro’s neighbours-turned-found-family discover his heartbreaking backstory, and because of it, do their level best to give him the childhood that every child deserves.

This anime does not start off light and get darker, instead, it treads the line of mundanely heartbreaking very well. The characters are almost shamefully human, not just in their flaws, but in their little victories. I can’t describe with mere words just how well the show sets up these small actions into HUGE emotional payoffs. It must be seen to be believed.

Kotaro Lives Alone is a celebration of normal life that does not shy away from the unpleasantries of living. Instead, it embraces what the downs can teach us about the ups, that it doesn’t matter if you fall, as long as you’re willing to accept the hand that helps you up.

Also, I cried like a fuck-tonne in this so hydrate well before watching and prepare to go through more tissues than a dude hitting the peak of puberty.

On the other hand, Spy x Family starts with more traditional storytelling beats. Unlike Kotaro Lives Alone, which firmly occupies and dominates the slice of life space, Spy x Family is set in a post-Cold War equivalent world. With a Big Bad (by the name of DESMOND of all things, which is like a supervillain name already), your good guys, and the lovable child and (manga spoilers) the family dog.

Hold on. A telepath? Yeah. We’re not exactly dealing with strict rules of reality here: the action sequences definitely defy belief, gravity and the concept of bad hair days (seriously how do they NEVER get hair flying into their face). Except Anya doesn’t get her powers from some handwavy magic, this is yet another kid who has experienced the big bad-ness of life, being the result of human experimentation. She just needs to, no, deserves to catch a break and stay with her fake family, comprised of her assassin mother and spy father and live happily ever after.

Oh yeah, did I not mention? This family is a sham, with a marriage of convenience (but the most romantic proposal scene perhaps EVER. There’s a grenade. Seriously.) in order to get Anya to school to get close to her spy father’s true target.

Despite (or maybe exactly because) they are a fake family, they all put in the extra mile to understand each other and to get along. It’s important to know that Loid is your classic male protagonist: cool, calm, collected and competent. It is both funny and heart-warming to see him frantically study parenting books attempting to understand the recently adopted Anya.

Spy x Family is definitely a comedy but doesn’t fall short of hitting its moments of emotional sincerity. Each of the characters have their moments of growth, delivering gut-punching emotions as this family of frauds grapples with the very tangible realisation that life is so much better when shared with people.

If families are made from love, then Spy x Family says that love is built from a thousand little acts of effort. And by some mathematical formula, this means that families are built by effort, which is a message echoed by Kotaro Lives Alone. These are just two feel-good* shows to watch as your marks for midsems slowly trickle in over the next few weeks. They’ll make you laugh; they’ll make you cry. They’ll make you find a 2D man (sighs…Loid Forger) unreasonably attractive. They’ll make you feel. And if along the way, you pick up some deeper messages about how families can be the people that you choose…that’s on YOU. I just need a four-year-old to shame me into cleaning my room.

*Terms and conditions apply. If you believe these animes are 100% feel-good after seeing what I wrote about Kotaro Lives Alone then you deserve to be scammed.