20.9.2018 by Soumyadeep Sengupta
All image credits are to Cathy Breen

“Is it weird to talk with your reflection?” I guess not. With growing age, we come across several challenges and many unanswered questions about our future. The play Fading, directed by Katie Cawthorne and written by Laura Lethlean, aptly presents before us the turmoil of emotions that an individual experience when they turn 18 years of age. It is that time of life where you feel the daunting pressure of adulthood. As the moments from childhood begin to fade away, one begins to realise the expectations and the choices that come with adulthood. 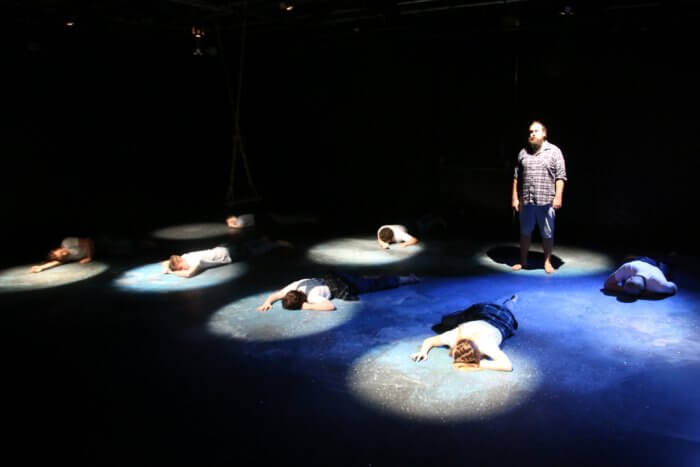 On Wednesday night, I had the pleasure of being in the audience for Fading presented by the Canberra Youth Theatre at the Courtyard Studio. It was a delightful experience altogether. The opening imagery of the cast in “plaid shirts and jeans”, lamenting about the pressure that they are currently experiencing in their lives, sets the serious and solemn mood of the play. Laura’s writing is wistful and full of dream-like imagery. I was majorly taken aback by the powerful performance of the cast, which consisted of eight individual characters. As this group of people cross the line of childhood and step into being an adult, like butterflies from a cocoon, they have to maintain and balance their own bank of water and not drown under the pressure of expectations and choices they have to make in life.

Fading recreates the different dreams and thoughts that a child has: honest, truthful and innocent, and suddenly transforms into the chaos of adulthood. At certain time the play takes a satirical tone, with sudden spurts of laughter when the characters even go on an elaborate ‘bear-hunt’. The play even mocks the people who are “so-called perfect at work” and “know what they are doing in life”. Often in life, we begin to compare ourselves to our friends and co-workers and pretend to be exactly “what the society expects of us” and often forget our own voice in this crowd. The play recreates these moments of life, where an individual is unsure of what they want to achieve in life, and often drown under the burden of such pressure.

The stage was small, and simply had a swing hanging from the top. It was utilised at several times in the play to recreate the nostalgia of childhood. Apart from the impactful performance of the cast, the music used aided in recreating this dreaminess and romanticising of childhood memories along with the chaotic state of adult age. Particularly, the song ‘Green Light’ by Lorde was featured in the play to highlight the pop-culture of today’s generation. The sudden outburst of the cast dancing to the tune of the ‘Green Light’, creates a disc-atmosphere that just makes you want to dance. The play touches every single aspect of the thoughts and emotions that an individual experiences as they transition from a child to an adult. Among all these chaos of making the right career decisions, choosing the right path in life and working hard to reach the target without wasting time, we often forget to listen to ourselves, our own voice, our dreams and passions. 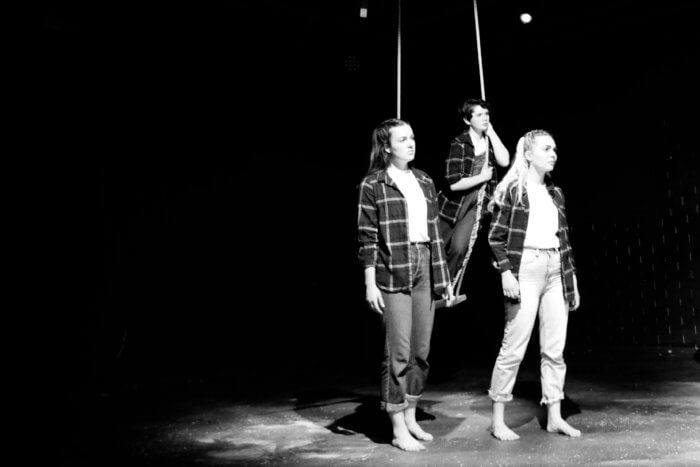 Fading truthfully presents these emotions before the audience – the pressure that one feels during adulthood. I thoroughly enjoyed the whole 90 minutes of the play. In my opinion, Fading perfectly captures the turmoil of emotions and pressure that one feels growing up as young adults. It is an apt and complex production that presents the audience with the different flavours of life, the transition from a child into an adult with satire and humour.