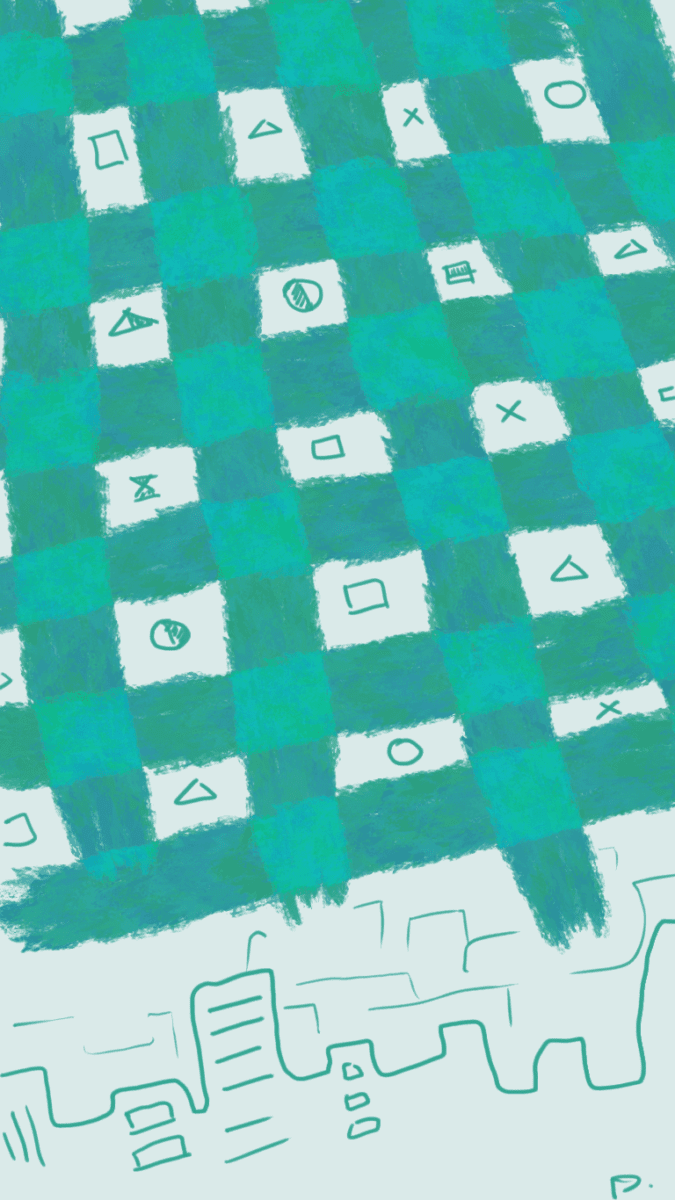 Everyone I've Ever Loved

Noah shook her head and sparks leapt off the ends of her hair. I could see them falling from across the room. They fell like fireworks and the cold in the air snuffed them out before they reached her shoes.

The girl speaking with Noah couldn’t see them. She was distracted by something, her mind eating up everything else in the room but Noah. The girl’s friends were gathered around the kitchen, talking to a boy. Her boy. The room held little bundles of people, all of them wishing to be in the next bundle over.  But Noah didn’t seem to notice. She was never a good conversationalist. I could recite just about every conversation we’d ever had, they felt so nice, but that doesn’t mean she was good at conversation. She hid this fact by sipping her drink mid-sentence, relishing in the pauses this created. Anything to prolong her train of thought, anything to keep the other person mesmerised by her words. From across the room I could almost see the perspiration on her upper lip as she tried to make her language something magical. She was always too forced; too obvious; too far away from the person opposite. Someone should tell her that.

Still, the room orbited around her nucleus. Still, it seemed like the party was pulsing for her. Sitting by myself, on a fraying couch at the frayed edges, it seemed as if each post-teen, pre-adult, Converse-clad person in the room was a prop to Noah’s play. They greyed in comparison.

Now, the girl was training her eyes towards the boy, purposefully turning ignorant to Noah. She’d catch on soon; when she reached the end of her sentence. She’d catch on. It’s not like she couldn’t read people. I watched as, on cue, she let her last phrase fall out of her mouth. It lay squirming between them on the floor; a gap in the conversation.

The girl looked down, realising what Noah had done. She smiled gratefully at her before running over to her boy. He grinned smugly as she approached, knowing he could pull the girl across the room just by standing in it. And then Noah just stood there next to the fireplace, not even bothering to pretend that she hadn’t been left alone. I watched as her head circled the room, lazily. The sparks lit up slower this time, fizzing out as they fell past her shoulders. Her nonchalance was suffocating. She would only ever notice other people retrospectively, when she was finished with her own thoughts.

The first time we met it had been hot; the sky was the kind of heavy that smothered any suggestion of romance or affection and still I had stared at her. Her hair was longer then, down to her waist, and it lit up as she circled through the school yard. She was placed next to me in class. When she looked at me, I felt myself being swallowed up by the wall behind me. The first time she spoke to me, it was to ask how to spell the word ‘disintegrate.’ D-i-s-i-n-t-e-g-r-a-t-e, I had replied. Di-sin-te-grate, she had said back, placing emphasis on sin. And then she laughed her strange, hollow laugh and our descent into romance began.

By the time that her love for me had started filtering through the layers of her mind, my love for her had already begun pooling at my feet. It leaked through the doors of her dad’s car as we drove over the speed limit down the highway, and my parents could smell it on me as I sat down to dinner each night. Walking through the city to go to the movies, or to the shops, she would hide our clasped hands behind her back. My heart swelled at our secret. When my desire to share us with the world got too much to bear I would draw the outline of her mother’s dress, of her makeup brushes, of her bed frame. One time, my art teacher stood behind me as I drew.

“Oh Abigail! How wonderfully violent,” she exclaimed, rolling her eyes at another tortured teenager in love. Three months into knowing Noah, I had memorised her moods, the times of day she liked to be alone, the moments before she retreated. I loathed those stretches of retreat, where her eyes glazed over and her mind shut itself off to the world. But I would persist; I stayed watching her and talking to her and touching her until she closed off completely and I could taste my aloneness. That’s what defeated us in the end; what di-sin-te-grated us. My aloneness. Her aloofness.

Or so my empty house said.

Mother hanging in the laundry

And Father facedown on the bed.

The Wind howled and

roared at the sea and the

Later that night, she would sit at the edge of her bed, her hair glowing. She would have her phone on one knee and her notebook on the other, and she would copy the poem down under today’s date. Or maybe she wouldn’t. Maybe she didn’t do that anymore. I suppose it didn’t matter where she kept her poems. They weren’t any good now that they weren’t about me.