Behind the Lines at the Museum of Australian Democracy displays the best political cartoons of 2017. Its theme, ‘Three Ring Circus,’ describes a series of simultaneous circus performances, inspired by the notion of the performer as a long-time motif in political cartoons. More than that, though, this theme evokes the carnivalesque – the subversion of ordinary social behaviour and the suspension of disbelief that occurs in the bounds of a circus. In this political context, the combination of the bizarre and the satirical has a biting truth to it, much like a brilliant political cartoon.

The cartoons on display are cleverly curated into different ‘acts,’ such as ‘Human cannonballs,’ focusing on the ‘daredevils’ of politics (Donald Trump and Kim Jong-Un unsurprisingly feature heavily in this section). Another ‘act,’ ‘Elephant in the Big Top,’ depicts politicians sidestepping uncomfortable issues, such as ‘the irrepressible presence of Tony Abbott’. Each cartoon is engaging on it own, for the detail, artistic skills and wittily constructed layers used to create it. Portraying them together in this layout means that the exhibition is just as cohesive and captivating. Exploring the different ‘acts’ gives you a chance to remember the specific events of the year (and marvel at just. how. much. happened in 2017), while also reflecting on the themes that have emerged on a more macro level. 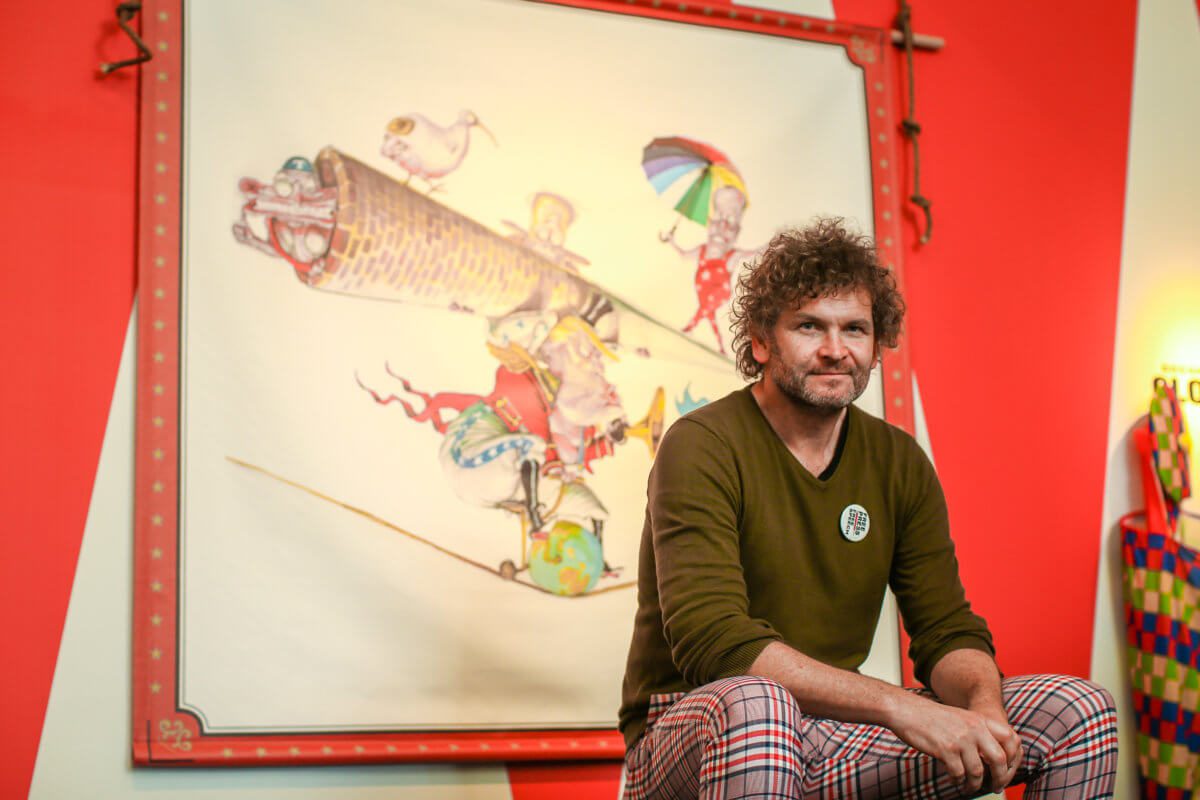 As part of the exhibition, David Rowe is announced as Behind the Lines’ cartoonist of the year for his body of work in the Australian Financial Review. His cartoons mesh seamlessly with the theme, drawing upon tightrope walkers and ring-leaders, to highlight the precariousness and showmanship of key political actors. It is the painted style of the cartoons themselves, however, that particularly stands out. A recurring dialogue around the exhibition is the significance of this year – and as David said, on accepting his award, ‘to win an award in a year that’s been so eventful… it is quite special for me.’

It’s an unusual time for political cartooning though. Satire is arguably as strong and popular as ever, and the combination of outlandish behaviour and eccentric characters in politics seems to provide endless fodder for it. However, as Sydney Morning Herald cartoonist Cathy Wilcox pointed out, it’s been a difficult year for the print media where these cartoons find their audience. Perhaps the increasing distribution of cartoons through Twitter (and social media in general) is blurring the lines of the professional and the amateur, the ‘meme’ and the political cartoon.

Still, I’d implore anyone who isn’t convinced that there’s a space for political cartooning in Australia in 2018, or who hasn’t given it a moment’s thought, to explore this exhibition. The pointedness and artistry of the cartoons on display, which represent a distinct range of political views and issues, is sure to inspire you. It’s very interesting, very fun and very Canberra!

Entry is $2. Behind the Lines will be showing at the Museum of Australian Democracy until late November 2018.